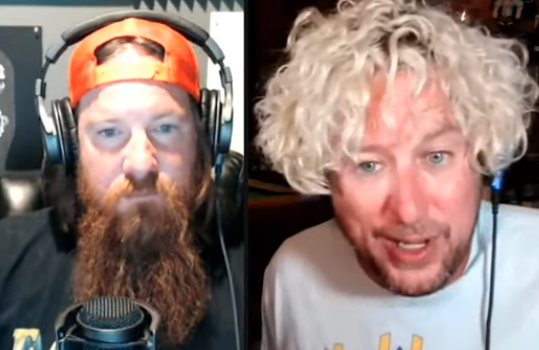 A “Survivor” premiere is usually no big deal — I mean, the show has been on for 40 seasons and 21 years at this point. It’s of legal drinking age!

But, the premiere of “Survivor” Season 41 on Wednesday is special if you’re in Louisville, because two legendary players are coming to town for a watch party at Play. (Oh, and this is the first season after a pandemic break, so I guess it’s got two things going for it.)

Jonny Fairplay — known as the player who lied about the death of his grandma to gain sympathy points — and Matt Bischoff, from “Survivor: Caramoan” — will be at the drag bar for a meet and greet and episode viewing.

Bischoff and Fairplay (whose real name is Jon Dalton) host the Reality NSFW podcast where they give their “R rated” takes on the TV show, so they should be able to entertain the crowd.

There might be appearances from additional “Survivor” castaways, too. You won’t know until you show up.

General admission is $25. For $75, you can meet Fairplay and Bischoff and go home with your own swag: a RealityNSFW Buff and a personalized autograph. Purchase tickets here.

For a first look at the 41st season of “Survivor,” watch this trailer: