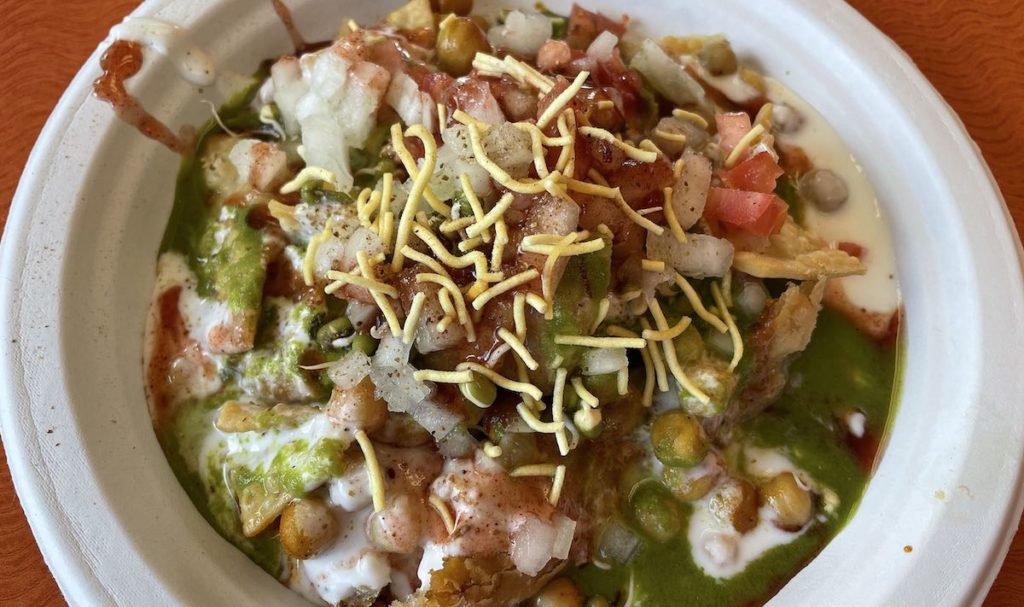 Louisville has three all-vegetarian Indian restaurants, and, to tell you the truth, the question isn’t why there are so many, but why it took them so long to arrive.

We have about 15 Indian restaurants now, and I’m happy to pull up to a table at every single one.

But all-vegetarian Indian? That’s new. Shreeji Indian Vegetarian Street Food opened in November 2018. Honest Indian Restaurant opened just about a year later, at the end of 2019. And somewhere in that same brief window of time — “three years ago,” the guy behind the counter told me — Sonals Kitchen Homemade Authentic Indian Vegetarian Restaurant popped up in a former Moby Dick shop on Chamberlain just north of Westport Road.

Now, wait, you may be thinking. Isn’t vegetarian food a serious option at every Indian restaurant? Well, yes. Primarily for religious reasons, nearly 81% of Indians limit meat in their diets, and 39% consider themselves full vegetarians, according to a Pew Research Center study published in Nature.

In light of those numbers, you might ask: Why aren’t there more vegetarian Indian restaurants.

But the new arrivals open up a wider choice of vegetarian options, including not only main dishes but the deliciously tempting street-food snacks called chaat.

The menu at Sonals Kitchen is typical. Spanning the wall behind the counter and covering eight online menu pages, it includes about 150 items, with nary a speck of meat, chicken or fish in sight.

Thali (sampler) platters representing four of India’s major regions are $13.99-$14.99, but just about everything else is $9.99 or less. No alcohol is served, but there’s a broad choice of Indian beverages based on yogurt, fruit or nuts, plus American soft drinks.

We went for a late lunch on a Saturday and found about half of the booths in the small eatery already taken. We ordered from the friendly gent at the counter and took a seat at an orange table in a high-backed pea-green booth.

Chaat — the crunchy, spicy Indian street food favorite — makes a great starter, but it’s a lot like chips and salsa: It’s entirely too easy to fill up on before the main course arrives.

Samosa chaat ($6.99) was a good pick, offering the startling mix of sweet, sour and fiery flavors, as well as soft, soupy, chewy and crunchy flavors that make chaat, in Indian tradition, “an explosion in your mouth.”

We ordered two thali samplers — North Indian and Rajastani thali ($13.99 each). They were served on large white-plastic trays designed to hold about a dozen different samples.

Many of them were bathed in Indian sauces that impressed with their bright, complex flavors that pop in your mouth and make you go “whoa!”

I recognized several of the items, but other, unfamiliar bits sent me to Google and The Times of India’s recipes web pages for more information.

Among many delights was a tiny baingan (eggplant) stewed into an aromatic brown sauce until its chewy skin contrasted with a melting, soft interior. Chana masala is made of chickpeas, long-simmered in a spicy, tangy sauce. A couple of veggie pakoras were wrapped in fried pastry; potato slices sported a fried coating; paneer cheese bathed in a creamy tikka masala sauce; an idli rice cake was perched in a creamy and citrusy bright-yellow sauce. Yogurt raita helped with the heat, and green-lentil dal and turmeric-yellow basmati rice completed the tray.

Rajastan thali ($13.99), from the northwest Indian region near Pakistan that incorporates the Great Indian Desert, brought even more treats. I recognized several familiar curries: spicy potato and cauliflower aloo gobi, tasty peas and farmer cheese matar paneer and spinach and cheese palak paneer all satisfied me with attention-getting four-pepper heat. A sphere of firm baati churma baked bread came with instructions to tear off pieces and dip them in lentil dal.

This tray was completed with three small idlis in tangy yellow sauce, plus another idli dressed in chutneys with yogurt and a couple of dessert items: cake-like Mysore pak and traditional gulab jamun, a sweet pastry ball with sticky-sweet sauce for dipping.

The thalis came with breads: a not-quite-crisp lentil-flour papad and a wheat-flour roti that had been heated and generously spread with ghee.

A couple of salty lassi yogurt drinks ($5.99 each) did the job of cooling spicy heat but were disappointingly thin and watery.

Along with the dessert items on the thalis, we received a complimentary plate of jalebi, a circle of toothache-sweet, reddish-orange deep-fried sugar tubes spun in a circle like India’s answer to funnel cake.