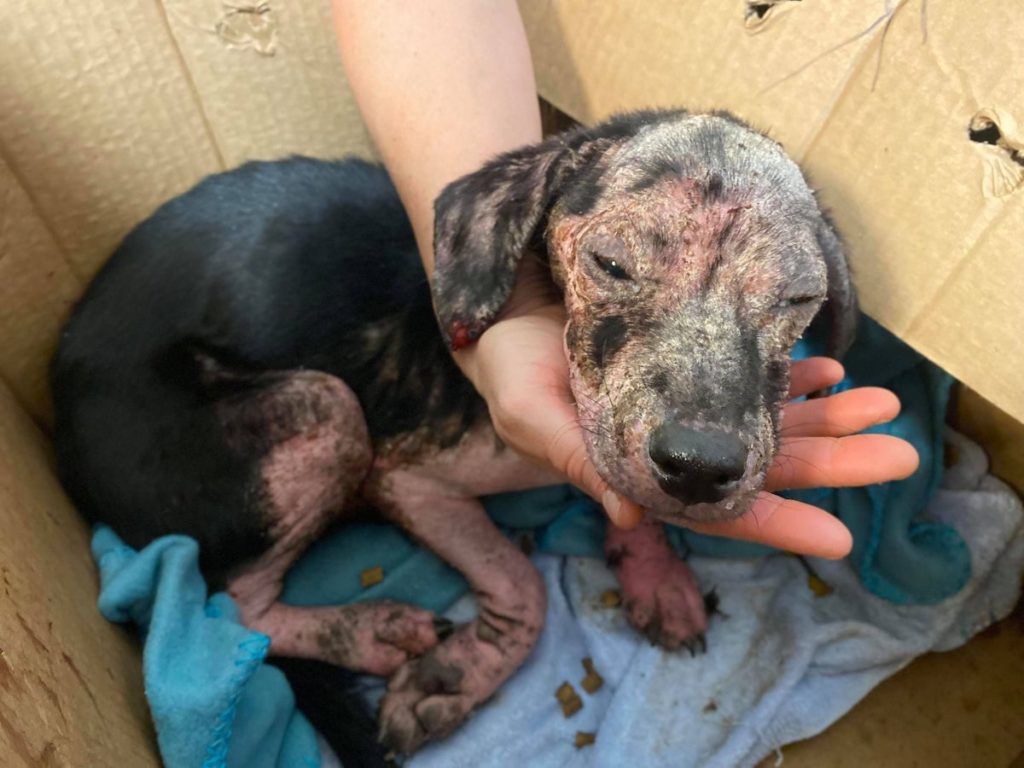 The same social media fans who rallied around Liam, the emaciated puppy abandoned outside of the Kentucky Humane Society on Sept. 17, mourned his death this weekend after KHS announced on Friday that he had to be compassionately euthanized.

“We are devastated to share with you that Liam has passed away,” the KHS wrote on social media. “The emergency hospital contacted our veterinary team to say that Liam had coded. They began lifesaving measures, but he was not responding. The veterinarian believed that Liam was suffering, and that humane euthanasia was the most merciful thing to do. Liam died peacefully, and he is no longer in pain.”

The post on Facebook received 11,000 reactions and over 2,000 comments from those who had been following Liam’s story from near and far.

“I am sad that liam has lost his battle…i am angry that someone allowed him to be in such an awful state…i am grateful that khs and the emergency hospital tried their best to save him…i am relieved that liam’s suffering has ended, and i am thankful that liam did not leave this earth without a name…that little guy’s memory will stay with me for a long time…be at peace, little liam, now that you have crossed the rainbow bridge,” read one comment from a Cincinnati animal lover.

Liam, who was estimated to be six to eight months old, was found outside the KHS in a taped-shut box with holes poked in it and the words “FOUND HELP ME” written on it.”

“The young dog’s inflamed skin was raw and swollen from infection, he was missing almost all of his fur, and he was bloody from the sores that covered his thin body,” read KHS’ first post. “He was so weak from demodectic mange and malnutrition that he could not even stand on his own.”

The pup, whom KHS named Liam, was soon diagnosed with parvovirus, “a deadly and highly contagious virus that attacks unvaccinated dogs,” according to KHS.

He was admitted to an emergency veterinary hospital, which performed several life-saving measures, including giving him a plasma infusion.

“But Liam’s body was too broken from disease to fight,” wrote KHS.

In KHS’ post, the humane society thanked Liam’s followers and reminded them that his story is not unique.

“Animal shelters across the country see similar cases every week,” the organization wrote. “But what is unique is how many people rallied around him, and around our team. We can’t thank you enough for your support and love.”

The Kentucky Humane Society is accepting donations in memory of Liam at kyhumane.org/donate.