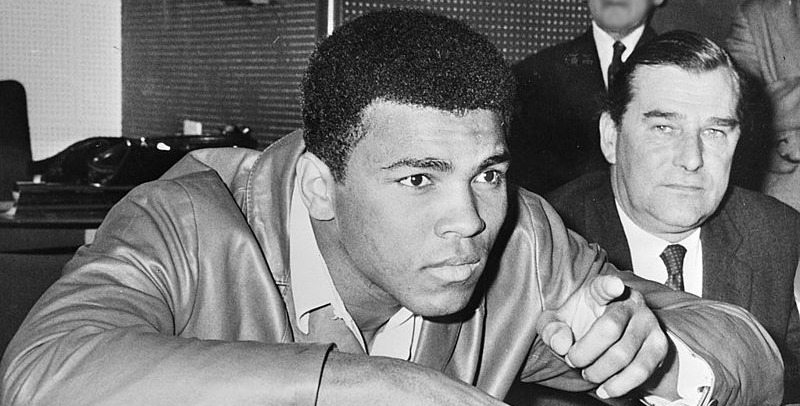 It’s too early for a Rotten Tomatoes score, but Twitter is loving Ken Burns’ four-part documentary on the GOAT, Muhammad Ali.

The first, two-hour episode aired on PBS last night and focused on Ali’s life from 1942 — when he was born — to 1964, when he unseated boxer Sonny Liston as the World Heavyweight Champion.

Fans and television lovers took time to tweet about the show, even as the Emmy’s were airing, praising it for its thoroughness. The feedback was almost universally positive from what we could see.

The entire documentary, which took seven years to make, is available on PBS.org. Or, you can watch it as it airs each night at 8 p.m. EST, before the show wraps up on Wednesday.

Here are what viewers are saying about Burns’ latest documentary triumph about Louisville’s own Ali:

The Ken Burns Muhammad Ali documentary that has started airing on PBS is must-see. So much incredible footage of the man. So many stories to tell. pic.twitter.com/QDX3wzWwaQ

“I’m a baaaaad man!” The #MuhammadAliPBS documentary from @KenBurns and his team is a must watch. #Louisville

The Muhammad Ali documentary on @PBS is yet another audio-visual masterpiece by great American storyteller @KenBurns. Puts Ali’s genius on display.#MuhammadAliPBS

This doco is excellent. Amazing footage from the day. Never a dull moment. Learning things I never knew about Ali. This Louisville girl thanks you.

This isn’t just a documentary on boxing. The history of Cassius Clay and Muhammad Ali is tightly woven with race and social injustice. #MuhammadAliPBS

Some viewers shared their favorite moments and reveals from the documentary, too:

Loving these old photos of Louisville, Kentucky on #MuhammadAliPBS when the West End was a thriving community with it’s own banks and black owned businesses.

Watching this documentary by @KenBurns gives even greater context of not only Ali but also Malcolm X. Plus gives greater appreciation of the film “One Night in Miami” and how that dramatization really could have happened. #MuhammadAliPBS pic.twitter.com/LZe9wOydl5

Really interesting to see the diverse group of people that helped get Muhammad Ali started. #MuhammadAliPBS

That was a moving description of Sonny Liston and what he had to overcome to get where he got. #MuhammadAliPBS

I think Ali had #BlackBoyJoy before they were allowed to even think about having it and it love every minute of it. #MuhammadAliPBS

Watchers enjoyed Ali’s famous zingers, including this one, delivered to British media before a fight while wearing a crown:

“I understand you have a Queen of England, but don’t have a King.” #MuhammadAliPBS pic.twitter.com/rNQgSoMeO3

There are professional reviews of the documentary out now. Here are a few you can check out:

From Variety, ‘Muhammad Ali,’ a Thorough New Docuseries From Ken Burns and Company, Gives a Complex Icon His Due: TV Review.

One reviewer, from AV Club, thought the documentary was unnecessary and not any better than other Muhammad Ali docs. But, IndieWire proclaimed the opposite, calling it “essential.”