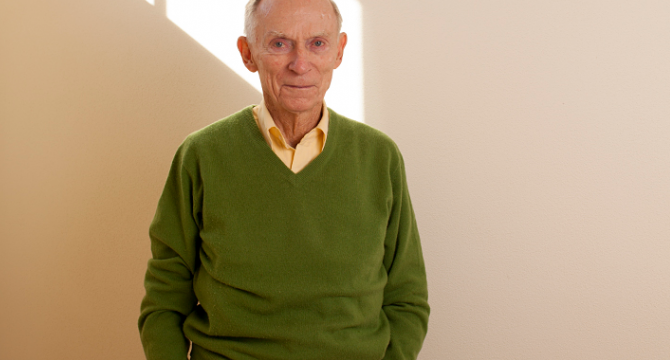 The local visual arts community is mourning the passing of Rev. Al Shands III today. Shands was an integral figure in local arts through his avid collecting and his support of artists through his Great Meadows Foundation. Shands was 92 years old.

According to the Great Meadows Foundation website, Shands’ involvement in local arts began when his wife, Mary, was asked to lead the Kentucky Art and Craft Foundation, which has since become Kentucky Museum of Arts and Crafts. Their collection began with regional ceramicists and quickly branched out into different mediums and artists of national and international reputation. The focus of their collection seemed to settle on sculpture and this was the impetus for the Shands to build their home at Great Meadows, where they would have space for their growing art collection.

Al Shands continued collecting after the passing of Mary in 2009. Shands was also the author of two books and a filmmaker with more than 35 documentary credits to his name. During his life, he was a trustee of the Speed Art Museum in Louisville and on the Advisory Board of the Peggy Guggenheim Museum in Venice. He has also been a member of New York’s Whitney National Committee and the Museum of Modern Art’s (MOMA) International Council. Through the formation of Great Meadows, Shands continued the legacy begun by himself and his wife Mary, which offers visual artists and organizations the funds to create and sustain projects as well as money for artist educational travel.

Many memories of Al Shands and his legacy have been shared by the local arts community. Here are a few of those sentiments.

From the KMAC Museum: