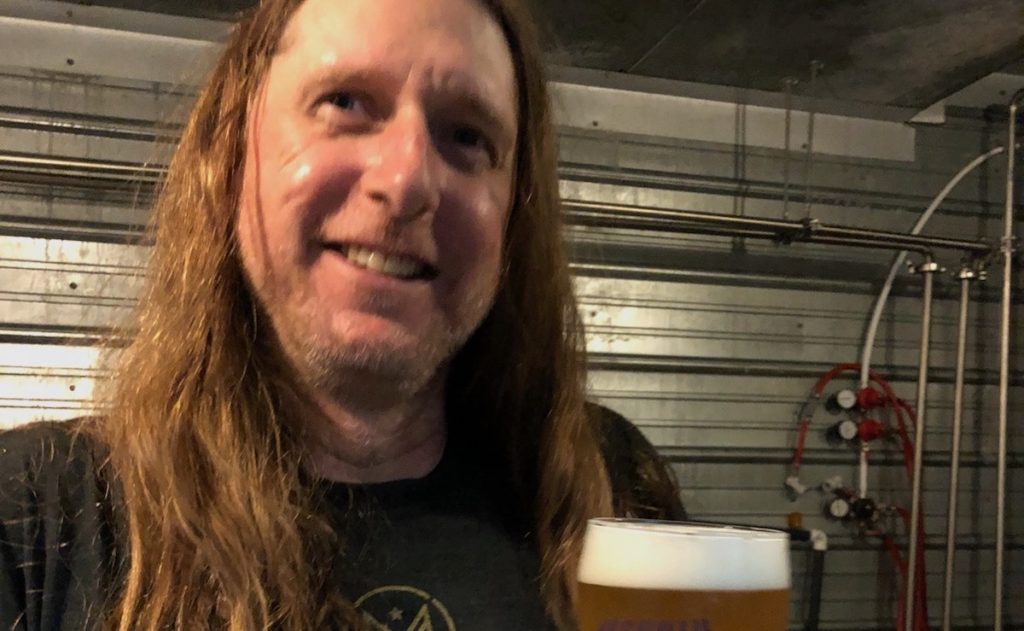 It is with sadness that I report that my friend Scott Hand has died. You might have known Scott as the brewmaster around the bar at Monnik Beer Co., surveying his works. If you were lucky, you knew Scott as a friend, as someone to share pints with, but more importantly, someone to share stories with. Scott died from a sudden illness on Sept. 1. He was 52.

It was my shared love of beer and music that brought me to Scott Hand. His warmth and wit that made us fast friends. We met recording a podcast for Never Nervous, a local blog and now record label that I used to co-run. Scott brought the heat. He came out, long metal-dude mane flowing, with pints for everyone. He was patient while a couple of knuckleheads figured out how to use recording gear on the back patio of his business, when he had work to do. Once we got started talking, he delivered the goods immediately, talking about all the nerd shit that made our little hearts glow.

Around that same time, I picked up a gig writing seasonal beer roundups for the LEO, which afforded me even more opportunities to spend time with Scott. I got paid to drink beer and write about it, a deal made sweeter by making new friends all over town. That included getting to know Scott Hand better.

Did I mention that Scott was an awesome brewer? I’m not sure that I can summarize my love of his brewing magic into words, but I can say this: He had a singular vision that was so very creative. First and foremost, Scott focused on building a good base beer. If he was making something as common as a no-frills IPA or a lager, he did it in a way that would knock your socks off every time. He was no fan of folks that faked the funk, breweries that relied on gimmicks to make their mark.

Scott put in the work, and he did it well, whether that was in one of his superlative saisons (that man had a passion) or in my personal favorite, Mole Materials. I never was able to convince Scott to age Mole Materials in a rum barrel, but I sure tried to.

Beyond just being awesome at his craft, he was kind. He had a wry sense of humor and an insatiable love of music. He was a big supporter of indie artists across so many styles and genres and had a story about whatever music that you just discovered every time. He was a great listener. My favorite memory of him was arriving to Monnik midday to commiserate a professional setback. I felt worthless and incapable, and Scott wasn’t interested in that. He introduced me to whatever his favorite was on tap in that moment. Then another and another. He laughed with me, he busted my balls (always), but he was there and it mattered.

And now he’s not, and that matters too.