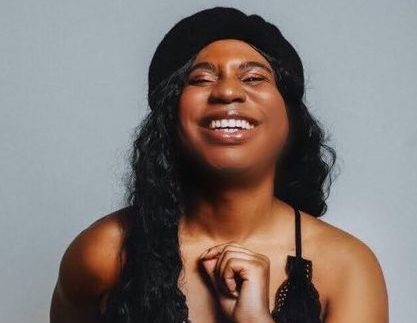 I’m sure to most, all this sudden uproar surrounding the potential policy changes over at OnlyFans might seem like superficial fodder that only affects the sex workers that use the pay-per-view networking app to upload their adult content — but I can assure you that these issues are far from trivial. Regardless of which side of the sex work being more liberating or oppressive argument that your views lean toward, the fact remains that sex work is real work and should be protected as such.

Now I completely agree that sex work is undeniably a more unconventional industry to try and create a sustainable lifestyle through, when compared to most typical “day jobs,” but it’s also indubitably one of the oldest professions in history. I mean, smallpox and white supremacy weren’t the only things the pilgrims brought to the “new land,” they also brought whoredom!

A profession that, like many others over the course of the pandemic, had to discover new and innovative ways to engage their clientele, while navigating around our increasingly evolving list of restrictions. OnlyFans quickly and quietly became the ultimate asset for sex workers to combat these extensive limitations of quarantine, by providing them a platform to showcase their literal assets! All while paying taxes… such degenerates, I know, right?

While the unprecedented success of OnlyFans is really hard to explain, especially when you take into consideration that this unorthodox business model isn’t unheard of (paywall sites like Chaturbate, Flirt 4 Free and Rent Boy have existed and created jobs for sex workers for years), there is still an alluring freedom and overwhelming sense of safety that OnlyFans provides its users. With the pandemic seeing a surge in domestic violence and hate crimes against femmes and transgender and gender non-conforming (TGNC) folx, who oftentimes find themselves turning to sex work not as a get rich quick scheme (like many who saw OnlyFans’ rise as a money grab), but for necessity or survival — the latter (safety) is extremely vital and reassuring. Thanks to its popularity, sex workers no longer have to conceal themselves in dark alleyways or seedy, smoke-filled clubs. Like most things in demand these days — OnlyFans makes sex, or the illusion of it, instantly available for patrons to devour the meticulously-curated content at their own pace of consumption, from the comfort of their own homes.

A virtually unanimous shockwave turned to horror from content creators, subscribers and casual observers alike, when news hit the interwebs on Aug. 19, that the polarizing pop culture phenomenon announced certain changes within their Acceptable Use Policy (tentatively set to be implemented on Oct. 1) would soon start prohibiting the posting of any new content that contained sexually-explicit conduct. OnlyFans, who had subsequently become a household name synonymous with sex, were now inadvertently trying rebrand themselves without it? It’s obvious you’ve made it in life when you get a shout-out from the queen herself, Beyoncé, but honestly who did they have to thank for that insurmountable brand recognition?

In the words made famous by ‘80s rock/pop band Starship “We built this city!” OnlyFans built their success on the backs of sex workers. Sex workers that OnlyFans could quiescently have to turn their backs on inevitably. As many ridicule and take aim at OnlyFans as the culprit of their own seemingly impending doom, I implore folx to realize there’s a more sinister villain here lurking in the shadows — the patriarchy!

You heard me correct “The Man” isn’t just trying to keep a couple of loose girls from showing their strawberry washing machines (my niece’s code word for her vagina) all over the World Wide Web. Like majority of the censorship tactics used today, this is absolutely and almost exclusively about establishing power, controlling money and enforcing politics.

What’s in your wallet? I bet you’ve got at least one card or account from a major banking/processing company — these are the same powers who tried to force OnlyFans’ hand to enact these aforementioned changes. OnlyFans were left with very few options outside of complying. I guarantee they didn’t suddenly wake up deciding to forsake their loyal customers and their accompanying fan bases; that logic doesn’t even make sense. OnlyFans handled more than $2 billion in sales last year alone.

Some banking/processing companies were refusing to process subscription payments as long as there was sexually explicit content being uploaded to the site. Literally holding sex workers hard (no pun intended) earned money over their heads. Fearing the risk of not being able to pay any of their creators, OnlyFans rightfully conceded. This is what we call an effective oligopoly — with a few massive companies everyone relies on calling the shots.

If you think this is just about pornography, think again. Can we talk about the irony of banks refusing to process payments for moral reasons — it’s disgusting. They’re pimping us out and it’s complete bullshit that a handful of companies have the power to decide what we the people can buy. They get to just simply play judge, jury and executioner since nearly every business today depends on digital payment processing. This is a patriarchal power play of weaponizing the stigmatization of sex work, in an attempt to dictate what other businesses can in fact even exist.

For the time being, OnlyFans has currently suspended any of the proposed changes, but moving forward it’s unclear how dependable of a platform they’ll continue to be. Can OnlyFans survive without sex workers? Not with these shady underhanded ploys that believe the best way to protect themselves against SEXploitation is to force sex work back underground and unregulated. Can sex workers survive without OnlyFans? Ab-so-fucking-lutely!

That’s why I continue to encourage all sex workers to spread their content out on multiple apps, so that they can have a continuous stream of income! I’ve said it before, I’ll say it again — this is real work, so don’t hesitate to invest in yourselves like it’s your job, because it is! Build your own websites, get better cameras, pay off debts and collaborate with other creators. Save! Save! Save!

This is a sexual revolution, take advantage of that! And while they can try to kill the revolutionary (OnlyFans), they can never kill the revolution (sex workers)! I’m not sure what came first the chicken or the egg, but life itself can’t exist without sex. And sex will always sell! So as long as there’s someone willing to pay for it, sex workers will be there to fulfill the fantasy! Fight the power!

Phelix Crittenden is a local organizer and tastemaker who spends their time advocating for mental health awareness, amplifying the voices of marginalized communities and curating socially conscious events (Purpose Parties) all throughout Louisville. Phelix considers themselves the ultimate connector and aims to continue connecting people with the appropriate resources needed to elevate their personal/professional endeavors. Stay up to date on the latest happenings at PhelixPlease.com