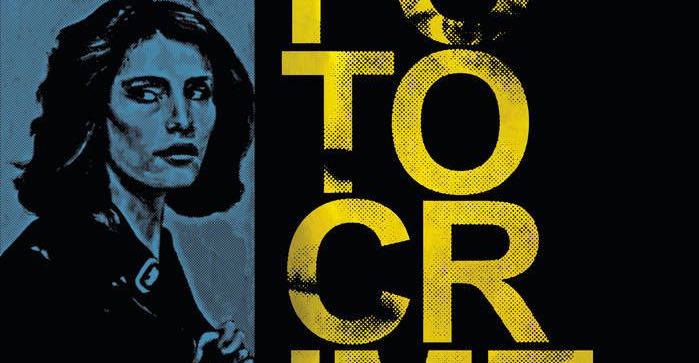 "Heart of Crime" is a rich entry, with layered, emotionally-driven tones and biting, ambiguous lyrics.

Over the last two decades, Ryan Patterson has shined in the art of self-progression and shifting sounds subtly, swirling the worlds of punk, hardcore, metal, dark sythnwave and industrial into something that never quite fits neatly into any of those categories, but tends to pluck the best aspects of each. The former leader of the longtime local band Coliseum has spent the last few years primarily focused on this solo project, Fotocrime, which combines the mysterious baritone of someone like Leonard Cohen with the cinematic synth and guitar underground rock of ‘80s Europe. His latest record, the recently-released Heart Of Crime, is a rich entry, with layered, emotionally-driven tones and biting, ambiguous lyrics. We caught up with Patterson before he kicks off his tour at Zanzabar on Sept. 3.

On engineering the record himself, and making it mostly in isolation:

Ryan Patterson: I realized it either wasn’t possible or it wasn’t the right time to go to Baltimore and record with J. Robbins, who I’ve done most of my music with. So, that was really nerve-racking because I have that sense of comfort with him and trust and he’s a world-class engineer and producer. So, I had quite a while of feeling very insecure and uncertain and I’ve never recorded something of this magnitude before, so I just kind of went along and was recording the songs with the idea that this could be the final take. This could be the final guitar part. Essentially, I was finalizing songs as I went along. That process was many months, and there was a lot of stuff going on — personally and nationally — so this was my only musical outlet and, really, my only major creative outlet through that time, so I just really became hyper-focused on it. As that went along, I was learning more and more, not just about recording, but recording myself, all of these processes…I was trying to figure out a way to make a digital home recording have a really rich sound.

On the lyrical themes of album:

The songs kind of range from general loose ideas about narratives or about personal loss. There’s a song, which I call ‘Police,’ which says police in three different languages, that’s in the middle of the record, and it’s kind of sarcastic and comedic, in my mind. And there’s a song called ‘Zoe Rising,’ which is sort of an homage to an actor and writer named Zoë Lund, who is a figure that I find inspiring. It goes all over the place. Obviously, each song has an importance to me, but I also like the general oneness with Fotocrime as a concept rather than specific — I wouldn’t want Fotocrime to be considered a political or personal thing.

On what he sees as the major differences between Fotocrime and Coliseum:

Ultimately, Fotocrime is me solo, where Coliseum was a band. It was my band and other people came and went, but we were always very much a band, especially in those later years. So, there’s a vote about things, and I might have been the primary songwriter and lyricist, but we all had to like the songs. I wrote a demo and gave it to them and they put their slant on it. And I loved that about it. That’s the best part about being in that band. I could have seen Coliseum… it was going in a similar direction to where Fotocrime has gone, but Coliseum also went through so many different changes over 12 years that, for me, that history is amazing. You really have a legacy and a worldwide following and fanbase, but it also becomes a ball and chain because those things you did are always with you. And there’s always that thing where someone says ‘Well, I liked this better than that.’ Someone has a perception of you from one record. I think when you start something when you’re a little older, you have a concept of, ‘I can start this as one thing and can be this one thing.’ That’s actually very freeing to me. I think Fotocrime can do anything. I think I could put out an electronic doom record as the next Fotocrime record and it would work, whereas if Coliseum put out an acoustic record, that might not work.