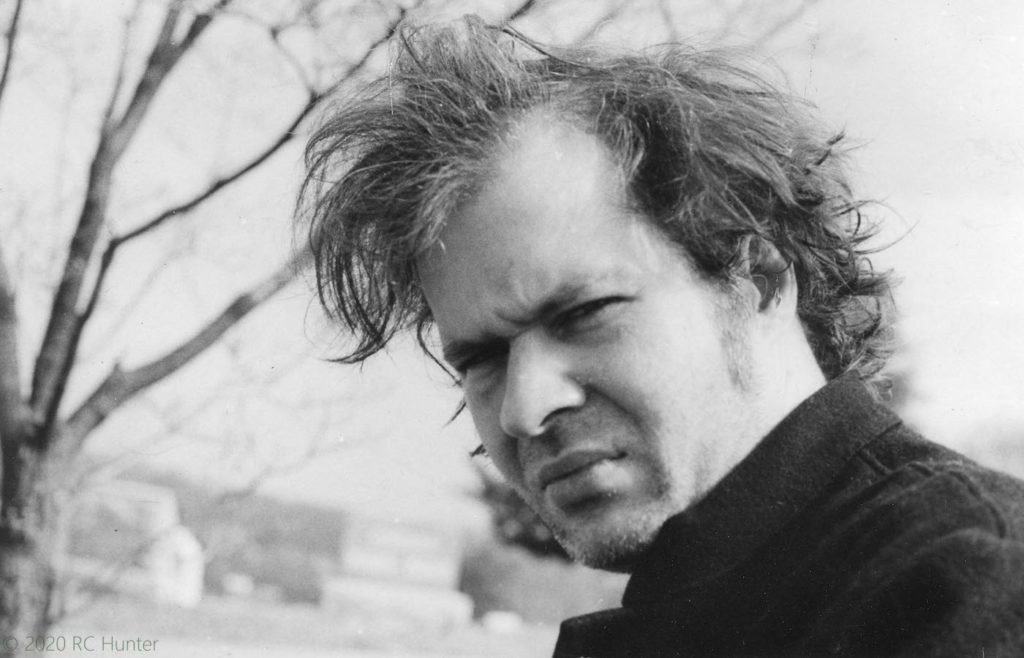 Guitarist Wink O’Bannon’s mark on Louisville is quite widely known. His work from Bodeco all the way back to the early punk scene in Louisville left a mark on the town that few find easy to forget. When he passed away at the end of June last year, some of his friends and colleagues were in the midst of creating a work to help fund his cancer treatments. After he died, the project continued to thrive, even amidst the pandemic and despite the original mission shifting. Now the project, titled His Majesty’s Request, is set to release its first single, a cover of Donovan’s “Hurdy Gurdy Man.” With Antietam acting as the backing band for most of the tracks, this first single features them with guest musicians Catherine Irwin, Will Oldham, Tari O’Bannon and Anna Krippenstapel. The rest of the album is also covers, curated from a list of songs picked by O’Bannon himself.

Participants include Louisvillians Will Oldham, Todd Brashear (Slint), Catherine Irwin and Anna Krippenstapel (Freakwater), Tara Jane O’Neil, David Grubbs, Chip Nold (Babylon Dance Band), and Wolf Knapp (Antietam founding member), as well as Ira Kaplan, Georgia Hubley and James McNew of Yo La Tengo; Eleventh Dream Day’s Rick Rizzo, Janet Bean and Douglas McCombs; and Sue Garner (Shams, Run On, 75 Dollar Bill), Carter Suter (of Lexington’s No Excuse) and Juanita.  The guest list on this record is stellar and that is a testament to the influence and reach that O’Bannon’s work and life had. 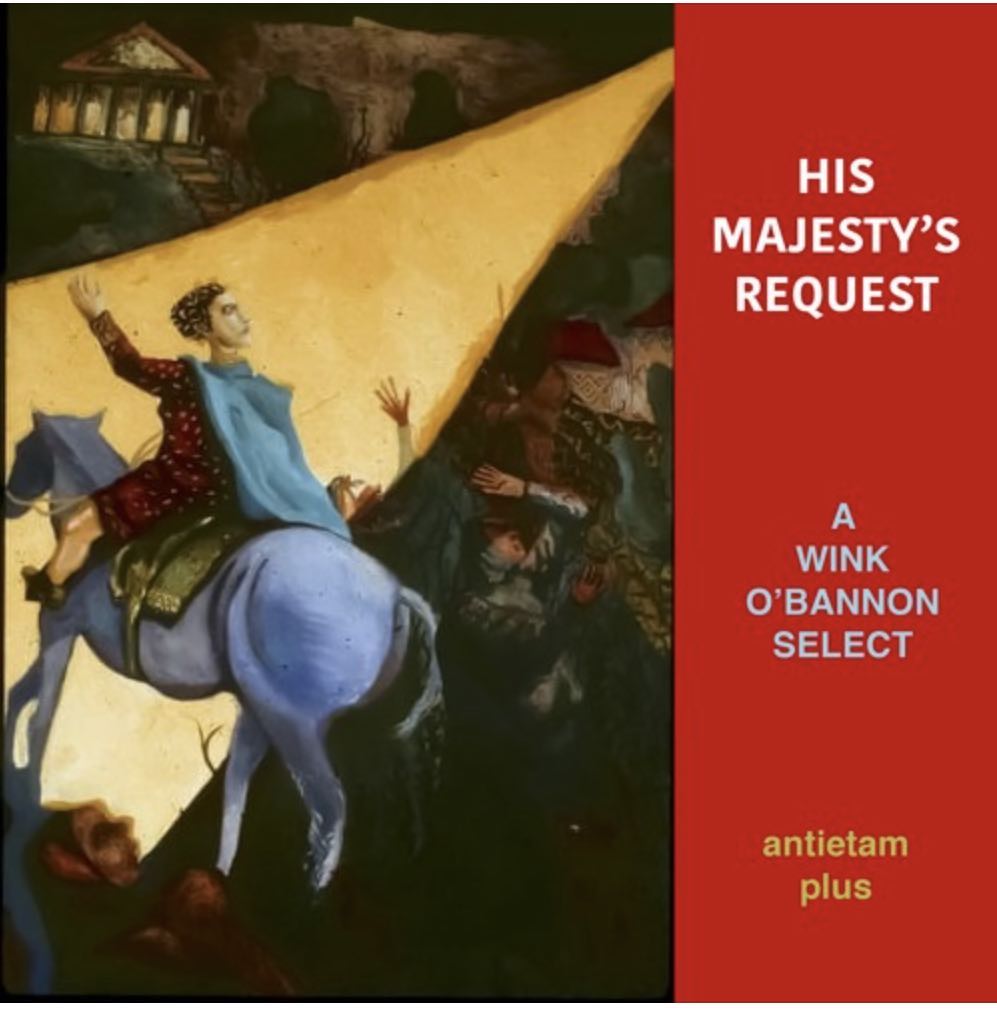 LEO caught up with Tara Key of Antietam to discuss the project. This record came together in a way that even Key couldn’t have anticipated. As a document, this work is an important piece of Louisville’s music history.

LEO: How did this project come about?

Tara Key: You know, when Wink was still alive, a group of his friends and us had gotten kind of the idea to do something, to help pay some of his expenses. So we had started that, and then pandemic hit. Everything just ground to a halt, and it was very difficult. There’s 15 songs, in two-thirds of it Antietam played the backing tracks. We were inviting folks to sing along with the tracks and mailing stuff around, so obviously when that happened, everyone was kind of like paralyzed, and then, then Wink passed.

And, so we really were kind of like, ‘What do we do now?’ We loved thinking about him in this way. Then, we came up with the idea of directing the proceeds from the record to two charities in Louisville. Which are AMPED and Girls Rock Louisville. And, you know, so everybody eventually finished their tracks, and now we’re ready to go.

How were the songs chosen?

The first single is “Hurdy-Gurdy Man.” They’re all covers. They’re all songs that he chose. I kind of tricked him, like one day I just texted him and said, ‘Hey, wait, tell me your top 10 favorite songs of all time.’ And then told him why. And then he went into a Wink tizzy, and then hours later he wrote, ‘How could you possibly expect me to pick 10 songs?’  He sent me a list of 50, and so we drew the choices from that list. The first single is ‘Hurdy Gurdy Man.’ That’s the Sept. 15 release and that features Catherine Irwin and Will Oldham singing leads with Tari O’Bannon and Anna Krippenstapel doing backing vocals. The whole record ends with just Wink playing by himself for a minute and a half, which I can still not listen to.

What should folks remember about Wink?

I just feel like Wink wasn’t as well-known as he should have been, which is the story, you know, with a lot of people from Louisville. And, I just feel like he was so integral as an architect of that scene, but also beyond that, just like his role as an educator and an archivist and how he just taught so many people, so many things. That was kind of beyond just being in a rock band.

LEO also asked some of those who participated in this project their thoughts on O’Bannon and why this album was so important: 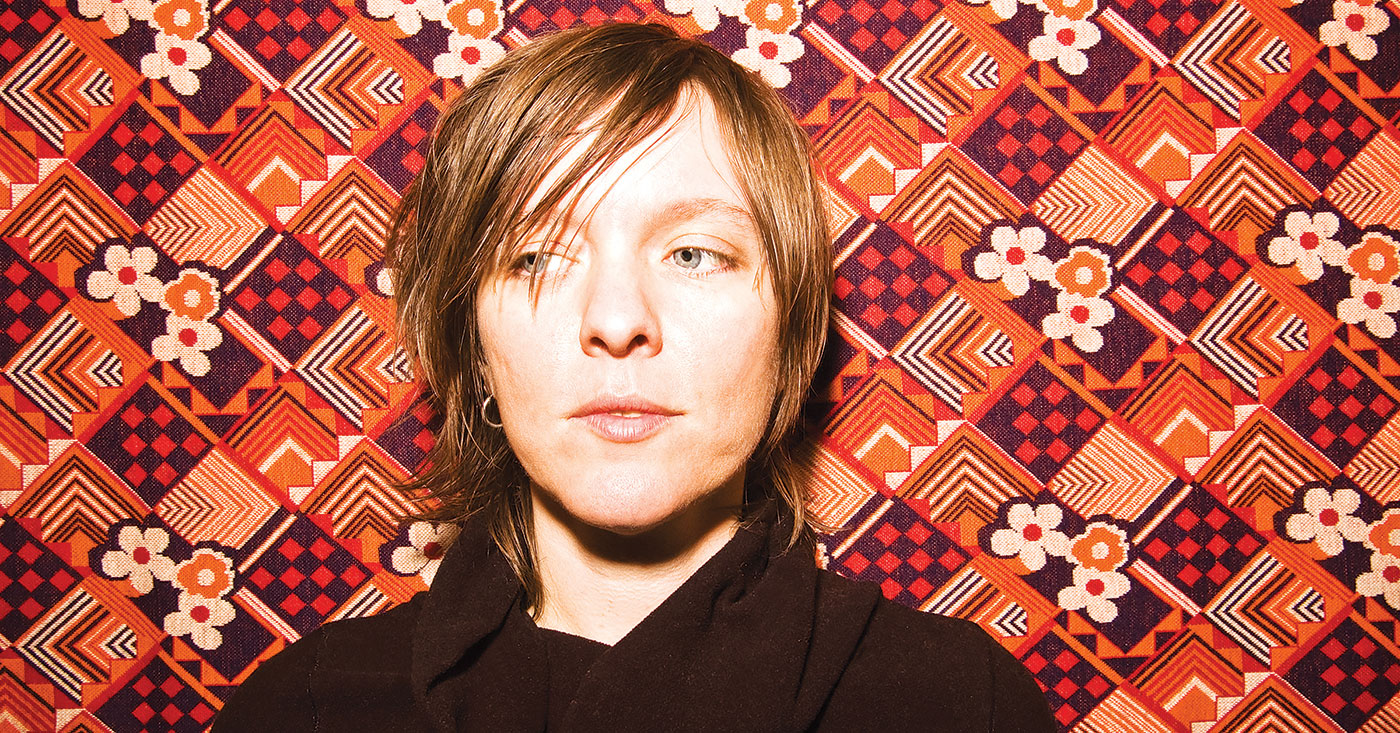 “Music is the way I became friends with everyone on this compilation and how I became friends with Wink. So, of course, when Tara asked me to contribute something it was an obvious yes and another reminder of the power of music as a healing and binding force. At the time, Wink was dealing with his health issues and needed support and perhaps even some joy inside of that. Tara assigned me a song by Dusty Springfield that was on Wink’s list. I recorded ‘This Girl’s In Love [With You]’ in a lighthearted manner, imagining a burlesque rendering sung directly to him and imagining the laughs that might escape his tougher veneer, hoping for maybe even a blush. I finished and sent it in to Tara, then she reminded me that the song she actually assigned me was not ‘This Girl’s In Love’ but ‘The Look of Love.’ We decided to stay with my recording anyway.

Everyone on this compilation has taught me something about music. Wink especially offered some education in my early years and also support that remained all the way through our friendship. To the question of why it’s important… this kind of project shows us exactly why music is important. It manifests love and healing, and it reaches out beyond the intentions and the imagined ‘results.’ We’re here to do this music so we can share joy and support and learning with each other and then keep it all rolling. Sending out much love to our community and to the spirit of Wink and his ‘boss’ Alex Cosby.”

“The breadth of music on Wink’s list of favorite songs is a testament to his scope of talent and his genuine love of music. To be on the receiving end of one of his impassioned discourses on the brilliance of ‘Walk Away Renee’ or ‘Hurdy Gurdy Man’ was the best musical schooling one could hope for. He was my friend, my bandmate and, without a doubt, one of my best teachers ever.

“Wink came across as the crabbiest guy imaginable, to a comical degree. But, when I look back over our acquaintance, the lasting hallmark is generosity: He introduced me to music I treasure (Howlin’ Wolf, Arthur Alexander); rescued a band I was in; and proved to be an incredible collaborator (on bass, an instrument I never remember him playing before or later); and shepherded some of the greatest Louisville bands I ever heard, either as a member (Skull of Glee, Bodeco) or as a mentor (Juanita). He was central to the Louisville music scene that started in 1978, and it’s hard to imagine it flourishing the way it has without him. One of the bands Wink and I bonded over was the New York Dolls, so “Vietnamese Baby” was a perfect choice — and a blast to play with my dear friends in Antietam, even at 700-something miles removed.”

“I’m not sure if I remember any occasion on which Wink and I explicitly admitted to agreeing on anything. But if Mingus came up, we would have. It was such a pleasure to contribute something I know he loved in celebration of Wink’s cantankerous joy.”

Sue Garner (Shams and Run On, and is currently playing with 75 Dollar Bill)

“When friends and people you love get sick, anything you can do to help in any small way is the easiest yes of all. Thanks to Tim and Tara for putting all of this together!! Wink told me years ago ‘Walk Away Renee’ was his favorite song, so when Tara asked me to sing that one, it was an honor. Also, having James McNew as vocal buddy and mix master was perfect. Wish Wink could of heard this record.”

“The hours I spent with Wink, in a van, RVs, dressing rooms, studios and onstage were some of the best moments of my life. He always inspired me. We had countless conversations over the years about the songs featured on this compilation, and we shared many of the same loves and influences. It’s great to be able to honor his legacy with these songs. Wink was a true rock hero. One-of-a-kind.”

“Figuring that Wink is not the man to go quietly, we created a soundtrack for his hauntings. Wink is a man with a unique and powerful influence over many of us in Louisville’s music community. We had no excuse to not sing him out and keep on keeping on.”

“I was flattered to be asked to participate in this project as Wink was one of my rock n roll heroes. I feel really fortunate to have seen him perform so many times, and every time I felt like I was seeing the real deal. It was also really neat to see the list of his favorite songs, there are some interesting picks for sure and all of the artists did a great job with them.”