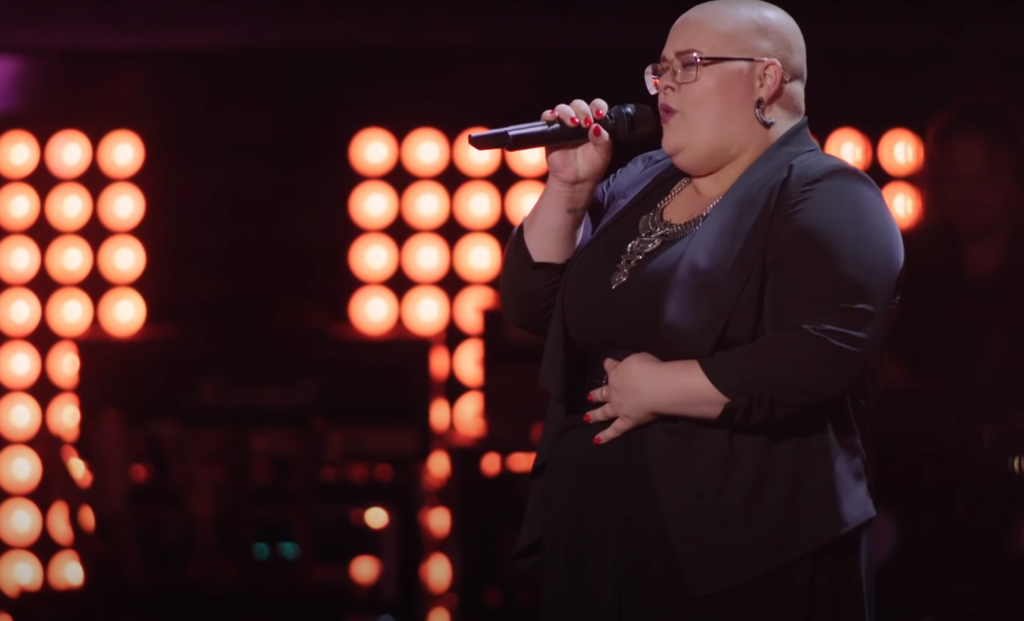 A screenshot of Holly Forbes singing “Rocket Man" On The Voice.

First of all, if you don’t know that living in Kentucky is to always be in the presence of greatness and amazingly-talented people, then you should. Kentucky has always produced some of this country’s greatest artists, particularly in the world of music and theater. A quick google search will prove my point.

Monday’s episode of The Voice adds to the overwhelming evidence that Kentucky is a special place for the arts.

Catlettsburg, Kentucky resident Holly Forbes sang a blistering, soulful version of Elton John’s classic “Rocket Man,” and every one of the four judges’ chairs spun around. Rightfully so, Forbes’ voice was magic.

Ariana Grande, who spun her chair at the same time as John Legend and Kelly Clarkson, said that Forbes’ performance was “so incredibly moving.”

She also said, “I am so choked up beyond. Every single second of it was so emotionally charged. I respect and admire and would love to work with you.”

Ariana Grande was favored to be the top team choice for Forbes since her daughter admires Grande — and after Grande used her block against John Legend. Ultimately, Forbes chose to go with Team Kelly, where she joins coach and former American Idol Kelly Clarkson, and another Kentuckian, Kinsey Rose.

Forbes said that she grew up listening to Clarkson and was happy to join her team, despite her daughter’s love of Grande. Clarkson said of Forbes, “The cool thing about Holly is that she has a little edge to her vocal and I love that.”

She’s correct, and all of us here in Kentucky should be watching both Holly Forbes and Kinsey Rose as they enter the journey of this competition. Can we call this Team Kentucky instead?

Performance on the Voice:

If you doubt her chops: