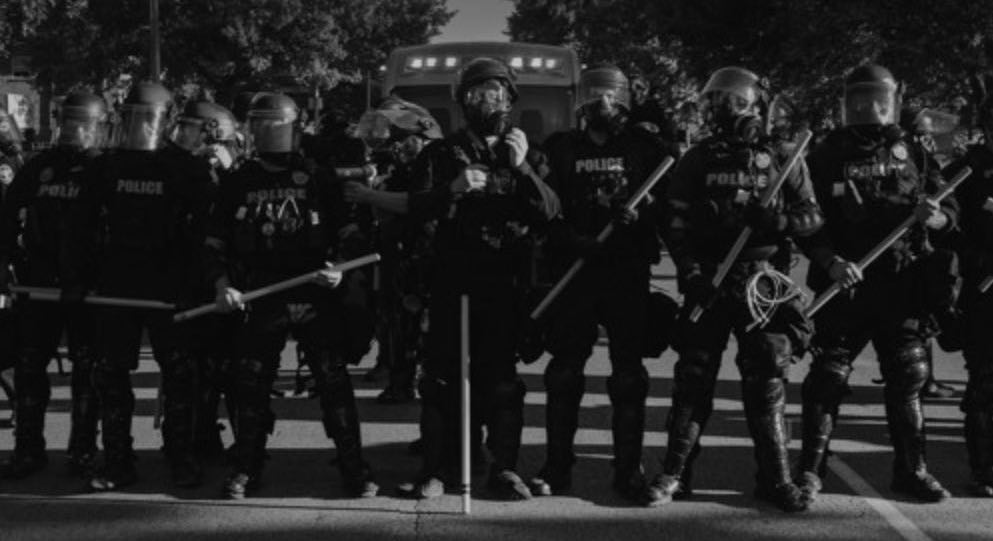 Big Atomic’s Shannon Vetter is, of course, passionate about his music, but he’s much more passionate about social justice and civil rights issues that plague both Louisville and America at large. To help combat this, Vetter, like so many artists before, has combined the two things into a song, and he hopes “Justice Denied” will draw more attention to a very important matter.

“Simply put, it’s a protest song,” Vetter said. “It’s about our time in the protests last summer when the city of Louisville rose up and demanded justice for Breonna Taylor only to protest police violence and be met with police violence. In the first verse we sing ‘No health insurance but gripped by disease / no provocation, beat down by police.’ So what the hell were we supposed to do? We took it to the streets.”

From its opening sax riff until the fade of its closing crescendo, “Justice Denied” dives deep into ‘70s soul with its throbbing bass lines, punctuations of wah guitar and melodic horn section. But Vetter also brings a contemporary pop touch. It’s a mature song, both in regards to its production values and lyrical matter, but it still offers a hell of a head-bobbing bounce and a strong sing-along chorus thanks to Vetters’s smooth delivery.

“Sonically, it has a funky dirge vibe. I wanted a sense of forlorn longing intermingled with wah pedals and sexy saxophones, and it kind of bounces back and forth between clean and distorted,” he said. “It really erupts with an instrumental bridge where the organ really takes us to church and the trumpet and drums make it sound almost warlike. I brought in a rough draft and the band really fleshed it out and made it their own.”

The protests affect everyone, to varying degrees, but Vetter has a much more intense relationship with them, experiencing firsthand the trauma that can arise from them if they take a darker turn.

“I wrote the song after my partner and I had been shot with pepper bullets,” Vetter said. “We both got pretty sick, and we were scared and on edge for a while. But we knew it was our job to put our bodies between cops and Black bodies. So we kept going back.”

These events also led Vetter to more deeply explore his own politics in his music: “It’s our first effort really being bold about politics and not just be a funky jam band. I’ve received a bit of backlash from personal friends, but to me it’s just going back to my roots. It’s punk, it’s ska, it’s soul, it’s funk. I think it’s our job as artists to ‘speak truth to power’ and to ‘cause good trouble.’”

Vetter is happy to have listeners and he appreciates all those that show up for his music but, more importantly, for the cause.

“Keep showing up,” Vetter said. “Injustice anywhere is a threat to justice everywhere right? We’re not in the streets this summer. We’re not protesting or yelling or getting shot at with rubber bullets. But we can still find ways to show up. Check out Change Today, Change Tomorrow. Check out SURJ. Donate, get involved with community organizing, educate yourself, have hard conversations. Make art and music. Be joyful! Be gay. Do crime. If you see a Nazi: punch him. I’m just joking. Well, half-joking.”