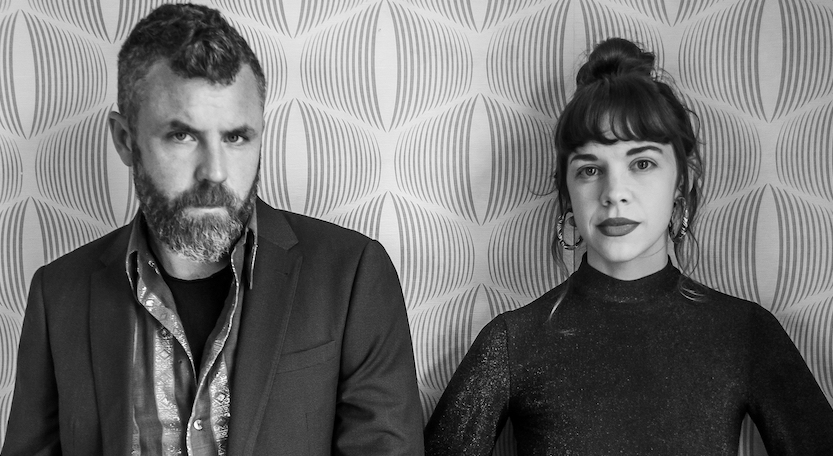 Double-platinum Irish singer Mick Flannery is bringing his show to town with singing partner Susan O’Neill. Both will be playing in support of headliner Kathleen Edwards. Flannery and O’Neill are set to release an album collaboration this month called, “In the Game.” LEO caught up with Flannery just as he was sitting down for his morning breakfast. We talked about music, creation and, of course, COVID all before his plate hit the table.

LEO: Let’s talk just about your music, the album, and working with Susan O’Neill first.

Mick Flannery: So the album is a duet album, myself with Susan. [We] met through our mutual manager. She thought it was a good idea that we might do a project together. She thought our voices might work well together. And she was right. We did one track together in 2019. I think it was called “Baby Talk” and kind of got a good reaction from Irish radio stations and stuff like that. So we decided to continue, and we eventually had enough songs for a full album. So that’s how that kind of got started.

You are touring in support of Kathleen Edwards. Has the tour started?

It started two nights ago in Chicago. Yeah. I actually just arrived back from Ireland, so I still have a bit of jet lag. I still have, I think I’m a little bit brain dead still, but yeah, it’s been going great. Kathleen’s band is brilliant, and her gigs are really cool. It’s very nice to be invited to come and play. It’s an honor to be allowed to do this.

Let’s talk about COVID and how it affected your last year.

Work-related was pretty detrimental; there was no gigs allowed for a good period. Some outdoor gigs started to be allowed in the last six months or so. Prior to that, the Irish government tried their best to help with things. I’m not sure, but some people might disagree with that. There was some grants given out to various venues,  so that people would do streaming gigs online and stuff like that, which was, which was a help. It was better than a kick, as they say. Otherwise I actually fared out embarrassingly well. Well, I wrote a lot of songs. I finished a lot of things that I only had half done. So, I was slightly embarrassed about how, kind of, how much I enjoyed it.

I think a lot of artists have had a similar sentiment. When you’re a traveling artist in particular, you don’t get a lot of time, necessarily to work alone or to really put time into the craft. And so yeah, a lot of people seem to have found that time really valuable.

Yeah. Like I’ve read a lot of interviews in the past where the artists have said that they self-quarantined themselves in order to record an album and pulled themselves away for a month. So they were doing it voluntarily anyway.

Talk to me about your vocal influences and inspirations.

Vocal inspiration… Like, I have this first album called “Evening Train,” which I cannot listen to, because I can hear all my affectations trying to sound like Tom Waits. Where I can hear myself putting on a croak, as if I’ve been smoking cigarettes for 20 years. I was only alive for 20 years. That’s just embarrassing. But that was a big influence on me. I got too much into Tom Waits, but  I’m a big fan of Bruce Springsteen. Like certain albums of his, I play a lot — his kind of storytelling albums. He has two, kind of, quiet albums, “Nebraska” and “The Ghost of Tom Joad.” I like those a lot.

It’s funny, you mentioned having the affectations of Tom Waits. I feel like that’s another quirk with artists. You get really obsessed with someone and then you just sort of want to try it.  I had the same sort of response to a poet named Sonia Sanchez. Like I was reading her, and then I was writing poems that I thought felt like the feeling she was giving me. So it ended up being way too close to Sonia Sanchez.

It’s just, I dunno, it gets into your head. ‘So that’s what things should sound like.’ I’m not sure what happens. It’s just pure kind of fantasy or maybe that you just want to put yourself on the same kind of level or something. I’m not sure.

You mention characters on the album, tell me about those.

We had… kind of a loose concept that was kind of inspired by some of the earliest songs that we wrote for the album. There was one song that ended up being the last on the CD, where it’s describing the two characters. They’re singing at a festival together, just for one song. He’s invited to join her. And then he tries to go and meet her afterwards, but she’s kind of finished with him. She’s good. She’s moved on. And her star has kind of…she has become quite famous and a little bit reclusive. She kind of doesn’t want to deal with her past, which he is a big part of. It kind of tracks their meeting, and they’re already kind of good times. And then it tracks his jealousy for her, and she becomes more successful, that type of thing.

You can catch Mick Flannery with Susan O’Neill at Headliners Music Hall on Sept 18. Doors at 7 p.m. Tickets are $20 for general admission and $27.50 for reserved seating. This event is 18 and over.