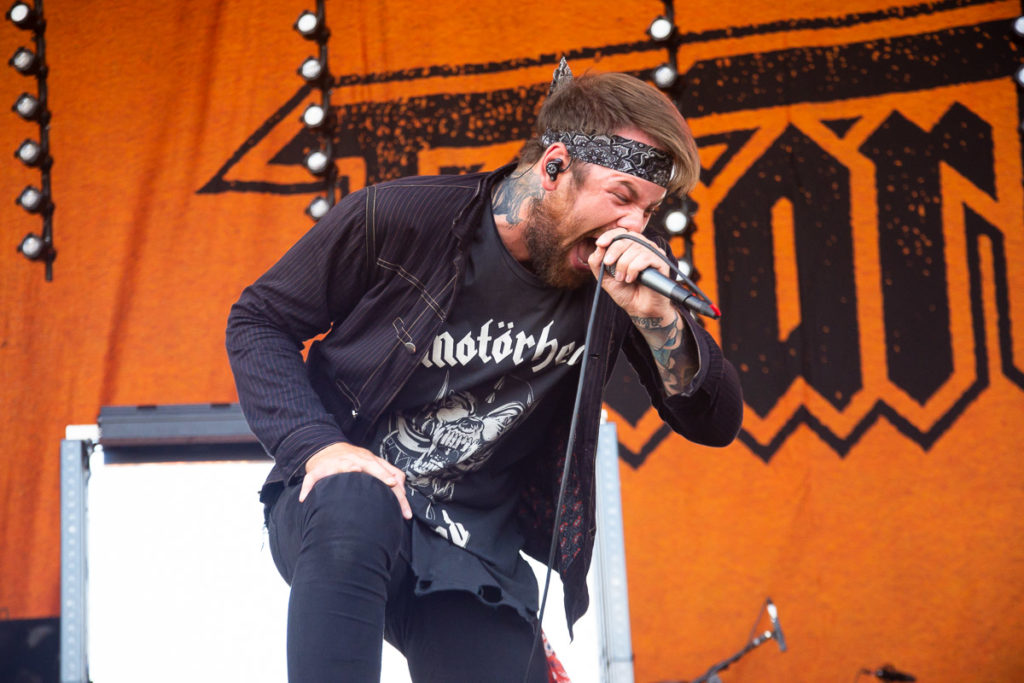 Beartooth at Louder Than Life. | Photo by Nik Vechery.

If the sounds of Korn and Staind from Louder Than Life interrupt your sweet dreams tonight, there’s a place for you to raise your own voice.

For the second year, Danny Wimmer Presents has created a community hotline for residents to call if they have any issues with noise, traffic or anything else: 502-586-0120.

And DWP will actually be able to address your problems if you have any, said Doris Sims, a spokesperson.

“We log all of the calls,” said Sims. “If there’s noise complaints, we’re tracking the addresses to determine OK, is there a way that we can pivot the sound system so that noise isn’t pointed that direction?”

Sims said that if DWP receives a large number of complaints from a certain area, it will be able to dispatch workers to measure the sound. The festival’s sound crew can make adjustments from there.

DWP has also invested in new sound technology that it hopes will help residents of surrounding neighborhoods.

“We want to mitigate what’s happening; we want to be good neighbors,” said Sims.

The hotline center will have four to five people working at a time. Callers should be able to talk with a live attendant.

DWP has also provided “no stopping” signs to neighborhoods that have had the most issues in the past with parking from festival-goers.

Danny Wimmer Presents’ festivals have received noise complaints at both sites they’ve been located at in Louisville — back when they were initially held at Champions Park near the river, and now, at the Kentucky Exposition Center. The current Expo Center location affects those living in at least three council districts: 8, 21 and 10.

Sims said different neighborhoods might hear noise from the festival depending on the wind pattern.

Rachel Roarx, the legislative assistant for council member Nicole George (D-21), said that their office is looking forward to continued noise mitigation investments, including the possibility of moving the stages.

Roarx said she wants constituents to know they are appreciated.

“[We] want to thank them for what they do sacrifice and what they do endure for the overall kind of benefit of the community,” she said.

DWP also offered discounted tickets to those living near the festival grounds.