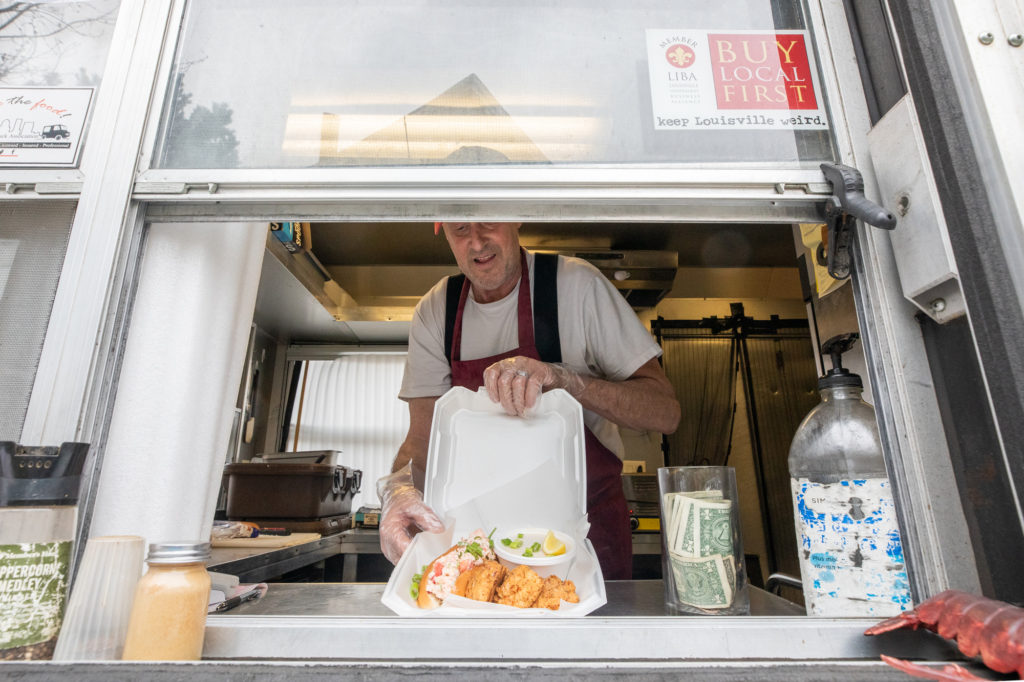 Festivals are about music. We can’t dispute that. But, for many of us, they’re about the experiences, too: The food, the drinks, the pop-up shops. And Louder Than Life festival, starting this Thursday, has plenty of them for you take advantage of in between sets.

Ever faithful to Louisville, Louder Than Life has a heavy bourbon focus, starting with the Kroger Big Bourbon Bar, which sells more than a dozen “hand-selected bourbons from top distilleries.” You can shoot them straight (if you’re metal enough) or have them added to specialty cocktails.

Even at the bourbon bar, you can’t escape the music. DWPresents will be streaming its virtual music show, “That Space Zebra Show”

You’ll be able to find bourbons and other adult beverages in plenty of areas around the Highland Festival Grounds. There are over 10 bars scattered throughout the campus, each fitting a different sort of vibe. And for non-drinkers, some have activities included.

The food offerings at Louder Than Life are inspired from the flavors of Kentucky, which usually means unhealthy — but damn good — eatin’.

You’ll have close to 40 choices, several of which are from local and regional businesses.

*The asterisk indicates that we know these vendors are local to Louisville.

And for coffee lovers (because its a long day):

Not everything (albeit most everything) in life is about alcohol and food. Here are things to enjoy at Louder Than Life that have nothing to do with greasing your gullet.

Mortus Viventi has set up a tarot reading booth, with 10 unique tarot card designs on sale. Your purchase will benefit local musicians.

The Music Experience is an interactive exhibit with all of the instruments and equipment you could want: guitars, basses, amps, drums, keyboards and electronic gear. Come to play around and maybe even win something. While there, you might also run into one of the members of a band playing the festival.

At The Well, you can recharge with IV hydration or with an elixir from the juice bar.