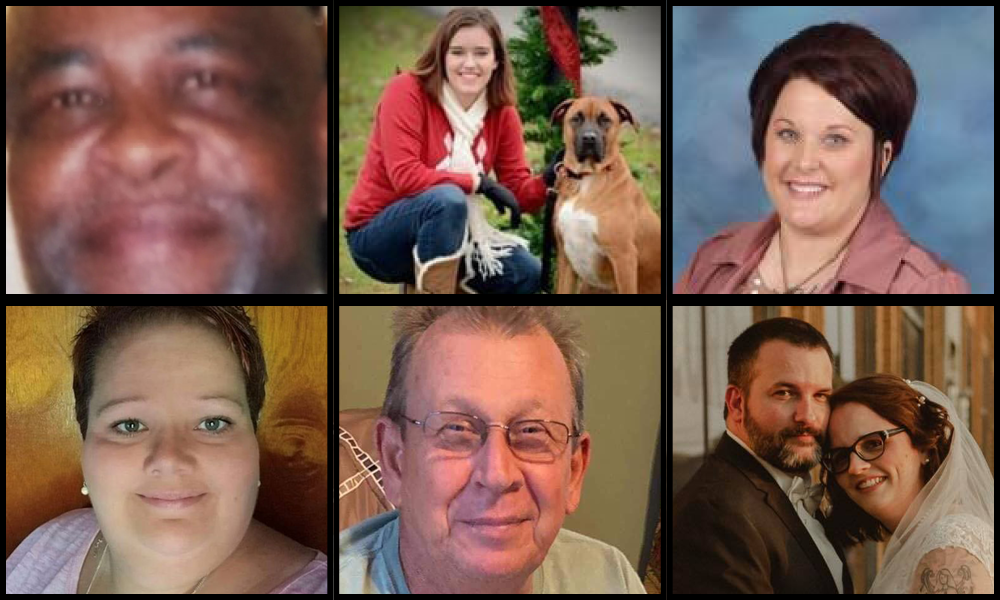 Some of the Kentucky school employees who have died because of COVID-19.

The list bears no names. Instead, it gives the school district and the profession of the person who has died.

They are all Kentucky public school employees who have died of COVID or COVID related complications. So far, there have been 41 in the state, at least according to KY 120 United, a union for Kentucky school employees.

Jeni Bolander is the union member keeping track of school staff COVID deaths. As a teacher at Fayette County Public Schools, she had been maintaining a mental list in her head of these deaths. She decided to write them down and start posting them to social media last week after she couldn’t find anyone else who was doing the same.

“Especially in many small counties, these are people that aren’t unknown to the community,” she said. “They touch huge portions of the community just by working in schools, and I just feel like it needs to be documented.”

The Lee County custodian was Bill Bailey, who had a “contagious smile and positive attitude,” according to the school district.

The Shelby County teacher was Matt Cockrell, who had just gotten married in June.

Bolander adds to the list when she sees a new death or someone tells her about one. She said she tries her best to verify the deaths, but she’s had to make a couple corrections since starting. She does not include names, so that she doesn’t inadvertently violate someone’s privacy. She doesn’t know if she’s recorded all of the deaths that have occurred — especially those that may have happened before COVID deaths started being recorded in the state.

Bolander said that these deaths can be traumatic. She remembers when she was in elementary school, and a teacher died of cancer. It was a big deal. Grief counselors were brought in for students.

In Bolander’s 35 years in school —as a student and now as a teacher — she had only lived through the deaths of two educators until the pandemic. Since it started, three staff members that she knows of have died in her district.

And that’s traumatizing for teachers, too.

“More than anything, I want people to know that this isn’t just an impact on students, I guess,” she said. “We’re all struggling. When we see our peers die, it doesn’t necessarily, you know, make the heart want to stay in education forever.”

Change is needed in Kentucky schools to better protect teachers, according to Bolander. Her union wants to see universal masking, which was struck down by the Kentucky legislature during a special session earlier this month. Since then, all but five of the state’s school districts have decided to keep masking in place.

“The legislature had the chance to protect all students and teachers and school personnel across the Commonwealth, and they simply didn’t,” she said. “I think that’s sad that they couldn’t show leadership when it was very much needed.”