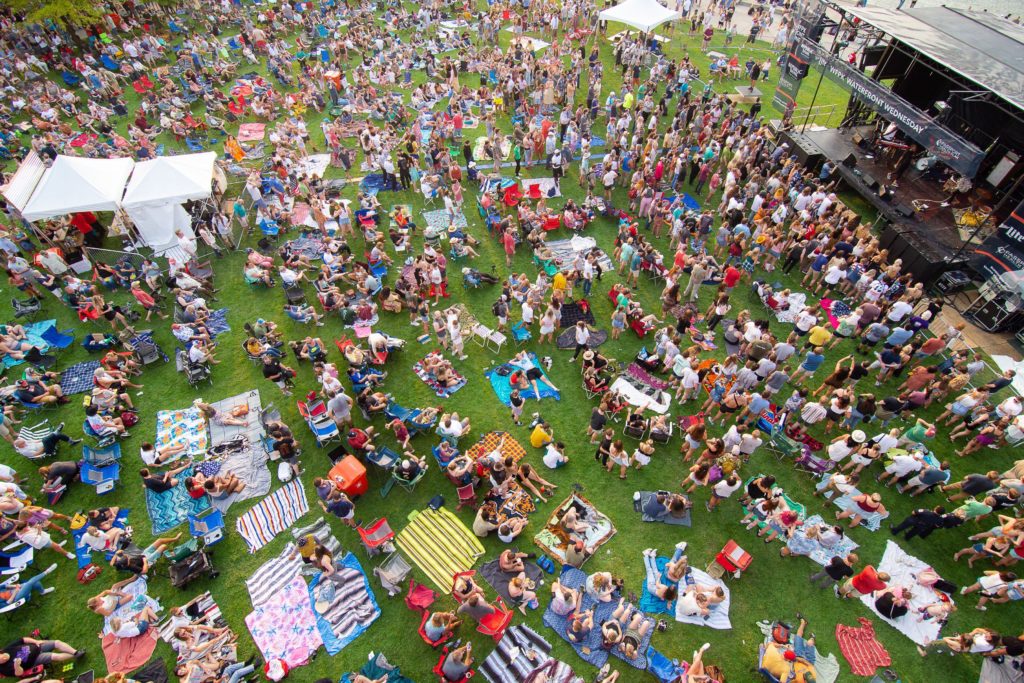 Louisville events seem to be dropping just as fast as Kentucky COVID case counts are rising. Although, our city’s chief health strategist says we may have reached our peak. Here are the festivals, concerts and parades that we know are no longer happening.

(Should Have Been) Upcoming

Louisville Pride Festival, Sept. 18
The Louisville Pride Festival was supposed to come back this year after going digital in 2020, but the event canceled saying, “We cannot ignore the increasing number of COVID-19 cases in the Louisville area and the CDC and Kentucky Department for Public Health’s recommendations to avoid large gatherings.” Organizers are soliciting ideas for a non-traditional festival instead of its planned in-person event.

NuLu Fest, Sept. 18
This neighborhood bash in its 12th year attributed its cancellation to advice from national and local officials and “out of an abundance of caution for our vendors, attendees, and especially unvaccinated children.”

(Some) Louder Than Life Acts, Sept. 23-26
Three acts have canceled their Louder Than Life festival appearances. All have been replaced. Headliner Nine Inch Nails dropped out in August after canceling its entire tour. Danny Wimmer Presents replaced them with Disturbed, Volbeat and Atreyu. Rapper Snoop Drogg departed from the lineup the week before the festival and was replaced by Falling In Reverse. And, rapper Ghostmane also canceled their entire tour and their Louder Than Life appearance. DWP has called upon Suicidal Tendencies to fill in.

String Cheese Incident, Aug. 12
String Cheese Incident originally canceled some its shows after a vaccinated member tested positive for COVID. Then, it ended up canceling even more shows due to rising case numbers. Now, the band is preparing for its next batch of shows Oct. 28-31 in Live Oak, Florida.

GonzoFest, Sept. 11
This celebration of Hunter S. Thompson has been postponed until 2022 “due to the rampant rise of the Covid-19 variant.”

Pixies, Sept. 13
The legendary alt-rock band canceled its entire tour and its stop at Old Forester’s Paristown Hall. ““We have determined that with the current stage in COVID cases — made worse by the Delta variant — that this is the right decision for our fans and crew members’ safety, as well as our own,” the band said in a statement posted on Twitter.”