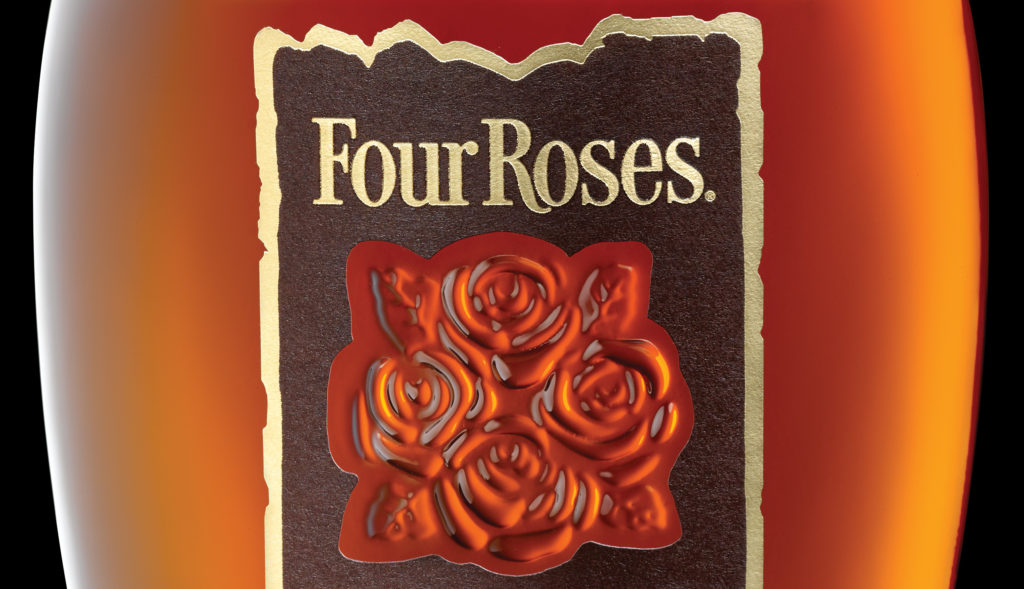 Whether you’re new to the spirit or a seasoned drinker, bourbon can be daunting. You hear of the Pappys or the Birthday Bourbons or the limited-edition, one-of-a-kind releases that were aged in oceans, trains, caves or the International Space Station, and you wonder if you could ever be so lucky to own a bottle. The fact is: every bourbon is subjective. Just because it’s $2,000 doesn’t mean it’s the best. What you like is probably different than what I like, but even though I’ve been drinking it for more than a decade or two, it doesn’t mean I’m right and you’re wrong.

Bourbon is quite simple, and it was designed that way. It was never meant to be an elite spirit that only kings and queens could enjoy. It was made for cowboys and housewives and teachers and preachers and writers and truck drivers — and everyone in-between. Sure, there are special bottles and older juice and commemorative collector’s editions, but none of that matters when you’re just looking for a damn fine drink after a long-ass day.

Here’s a list of seven bourbons you should be able to find easily here in Louisville and beyond. These bottles won’t break the bank, and they’re some of my favorite everyday sippers. Quit chasing the unicorn, and just embrace the pony. You never know… that pony could grow up to be a Secretariat.

$22.99 | 100 Proof | Old Forester Distilling
If you live in Louisville, it’s pretty much guaranteed you have a bottle of Old Forester in the house, right next to a Derby glass or three. This is my go-to, everyday drinker, especially if I’m feeling like a stout old fashioned after a long day. Don’t mess with the Old Fo 86 Proof — for a few bucks more, you can get the 100, formerly known as Signature, and enjoy those rich caramel, toffee and vanilla notes that sometimes drown in lower-proof bourbons. From what I hear, these barrels are selected differently than the 86, so it’s not just a matter of adding more or less water. It’s tasty, it’s quality and it’s affordable.

$29.99 | 94 Proof | Heaven Hill Distillery
People often walk right by old Elijah when they’re scanning the shelves for “something better.” But, little do they know, each bottle of this Heaven Hill small batch contains bourbon that’s been aged for 8 to 12 years, and that’s the sweet spot for most American whiskeys, in my opinion. You can’t go wrong bringing this one to a party or sharing with out-of-town friends. Hell, I introduced my brother to it years ago, and he can’t get enough of it in Texas. Elijah Craig recently came out with an affordable rye whiskey as well, so look for that one if you’re in the mood for making cocktails.

$36.99 | 90 Proof | Wild Turkey Distillery
Age statements have gradually disappeared from some bourbon labels, but this beauty is holding steady to every single drop of its 10 years. Wild Turkey could charge double for this bottle, but I’m glad they don’t. It’s the most underrated bourbon out there, and I suspect that’s because fellow bourbon writers don’t want the masses to find out about this gem. Some stores that offer barrel picks (Westport Whiskey & Wine, Liquor Barn, Evergreen, Total Wine, etc.) will have single-barrel versions of this, and I recommend grabbing those as well. Sip it, mix it or throw it in brownies — I don’t care as long as you have a bottle of this in your house for when I come to visit.

$59.99 | 95 Proof | Rabbit Hole Spirits
This four-grain bourbon is one of my favorites from Louisville’s Rabbit Hole Distillery. Made with 70% corn, 10% malted wheat, 10% honey malted barley and 10% malted barley, the unique mash bill tastes a lot like a bowl of Honey Smacks cereal with just a slight squeeze of orange zest on top. It’s best drunk neat, and I’ll even allow one cube if you want it chilled. But if you really want to impress your guests, use this in an old fashioned — its robust flavor is already a perfect match with the cocktail’s citrus notes, and its 95-proof kick will keep them coming back for more.

$61.99 | 104 Proof | Four Roses Distillery
You can spend your weekends chasing bourbon unicorns to no avail, or you can just walk into any Kentucky liquor store and grab this bottle. That high-quality, highfalutin taste is damn near the same, and the juice is aged a minimum of six years and non-chill filtered. This Four Roses expression tastes like a caramel bomb detonated inside the Fruit Roll-Up factory. If you’ve never tried it, trust me on this one.

$63.99 | 90.4 Proof | Woodford Reserve Distillery
Perhaps you know someone who is curious about bourbon but afraid to jump in head-first. This is the perfect gateway whiskey, especially if your newbie has a sweet tooth. It tastes exactly like you’re sucking on a Werther’s Original after consuming two campfire s’mores. It has some nice spice notes on the finish, so don’t think for a second that cowboys wouldn’t enjoy this as well. But, if we can get Aunt Kathy into this, we can have her drinking George T. Stagg in no time. Baby steps. 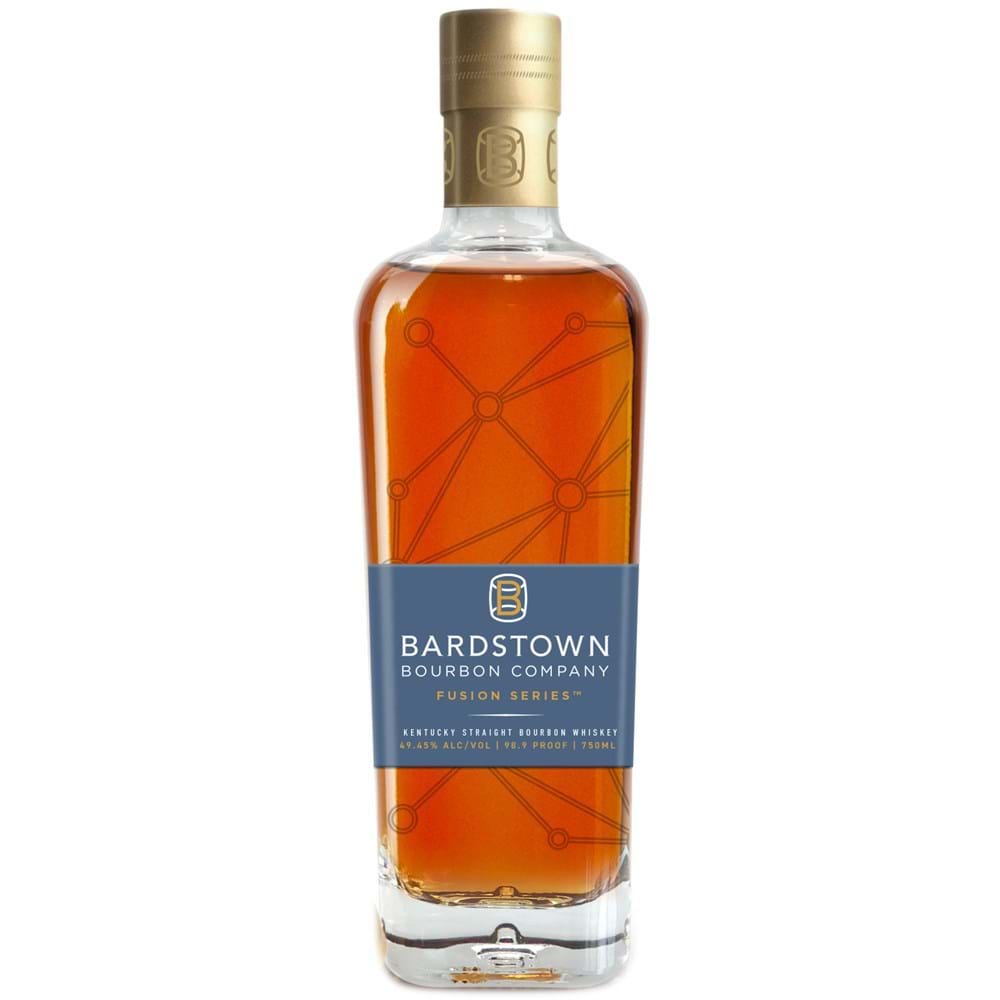 $63.99 | 94.9 Proof | Bardstown Bourbon Co.
This is the prime example of a top-shelf bottle sold at a reasonable price point. Bardstown’s Fusion Series blends some of its own bourbon (now about 4 years old) with some longer-aged, sourced bourbons from undisclosed Kentucky distilleries for a tasty union of both old and new. It’s been interesting to sample these throughout the years as Bardstown’s distillate has aged, because the flavors just keep getting deeper and richer with every release. This Fusion #5 features 56% of Bardstown’s rye bourbon, 14% of Bardstown’s four-grain bourbon and 30% of 11-year-old Kentucky rye bourbon.

Sara Havens once roamed the pages of LEO as The Bar Belle. And while she remains Louisville’s Lady of the Nightlife, she also has become a bourbon specialist, writing for spirits publications, leading tours and tastings and even winning competitions. Follow her at barbellelou.com or email [email protected].