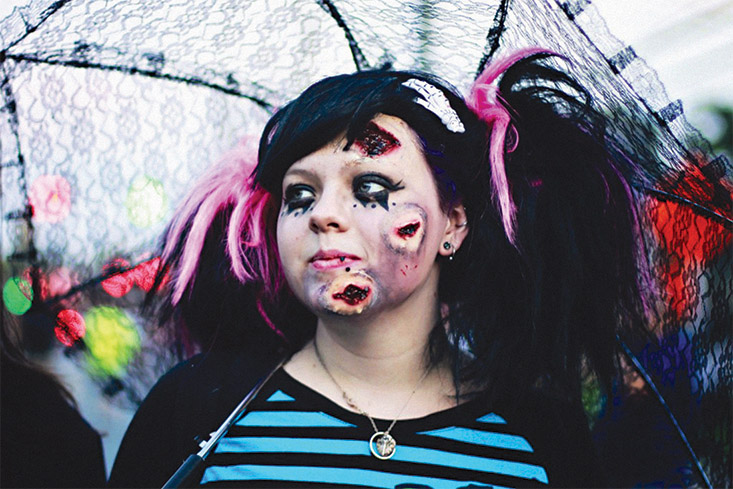 A zombie at a previous zombie event in Louisville. | Photo by Kelsi Wermuth.

Gather up you ghouls and garish goblins…wait, nevermind. Gather up the undead and meet This Saturday at Flying Axes for the Louisville Zombie Attack.

I guess the ghouls and goblins are still invited, but this party is definitely to celebrate the rotten meat bags in us all. And, it’s free.

The longest running zombie walk in the world, Louisville’s Zombie Attack, is set to hit the streets again this weekend. This Saturday, Aug. 28 at 4 p.m., the Zombie Attack will take off in a new location. Typically held in The Highlands, this year’s festivities will meander along the waterfront.

The Zombie Attack will still include all the fun that folks expect, just a new route. Included in this weekend’s undead antics will be music from DJ Samosa, Ember the Fire Breather, Turner’s Family Circus, Ten20 Brewery and more.

The Zombie Attack has been around in Louisville since 2005. The festival has been through its share of ups and downs and changes, but it’s time to put the past in the past and get this party moving in the right direction…toward the afterlife where Zombies, Zombettes, and Zombabies can convene for a fun night of brains and undead baddies.

While this is an outdoor event, the Zombie Attack can get crowded so maybe take care of yourself and others by masking up or distancing to prevent the spread of COVID. Trust us, it’s more fun celebrating the undead when you’re not actually dead.