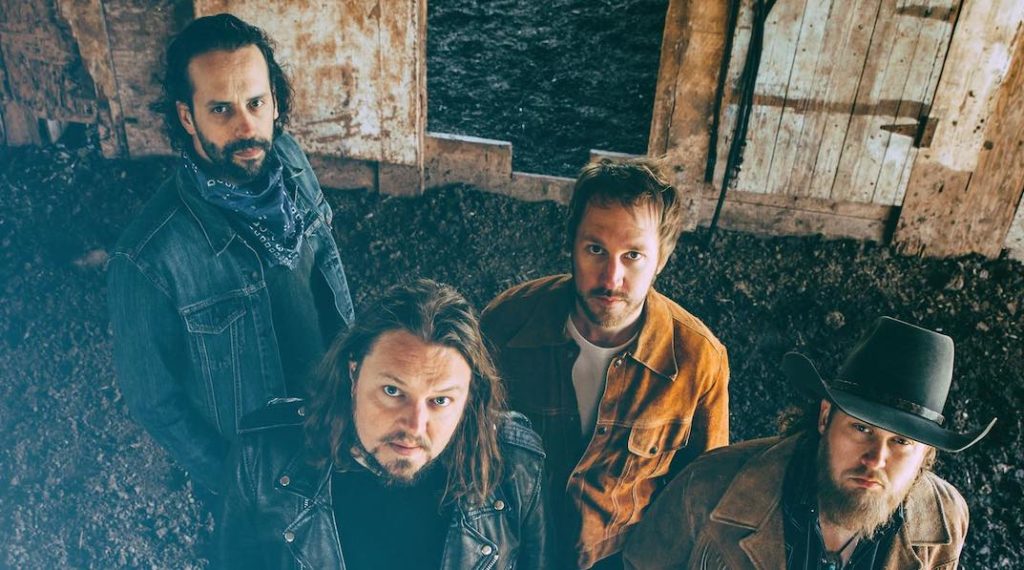 The Steel Woods had always planned on recording a new album in 2020 but didn’t realize they’d get a year to work on it. Previous albums had been recorded in between tour stops, but COVID-19 gave the Nashville  band the opportunity to really spend their time in the studio working through material and trying out different takes on songs.

The album that ultimately became All Of Your Stones has more than just COVID as a back story. After recording the album, guitarist and songwriter Jason “Rowdy” Cope passed away in his sleep at the beginning of 2021 before the band could go out on tour to promote All Of Your Stones. This has made the songs on the album feel even more poignant, as most of the songs on the album were written by Rowdy, and were largely autobiographical about some of the dark times he had faced in life and triumphed over.

LEO spoke with Wes Bayliss, The Steel Woods’ singer and co-songwriter, to talk about All Of Your Stones, musical inspiration, and the band’s return to touring in advance of their stop in Louisville.

LEO: I’m sure you’re excited to get back out on the road, but what’s the biggest difference, what are the biggest changes to touring?

Wes Bayliss: Well, you know I guess there’s not a whole lot of differences, as long as we get to show up and play the show, you know. I mean people are really excited to be back out and seeing live music, and, and as are we to be out and playing it. I guess that’s the biggest thing is you know you’ve been deprived for so long, and people almost show a little more appreciation for, for just the fact that they can come out and see something that ordinarily was, you know, it was really ordinary to any day of the week you could go out and see a band before last year, and so yeah, people are really excited to be out, and we’re happy to be out too.

I read that you guys were influenced by Southern rock, your stage shows and your music is inspired by like Willie Nelson and Waylon Jennings. Are there any influences that you think maybe people wouldn’t expect or wouldn’t necessarily notice?

I don’t think so. I mean there may be if you ask us all what our favorite bands were as kids or something. There may be one or two names on there that people didn’t think were, but I think one thing that — it’s easy to go to, you know, like Willie Nelson or Merle Haggard when I’m asked that question. But, my biggest influence really was my family growing up, and you know they all played and sang, and without that I don’t think I’d be doing it. Maybe that’s one that gets looked over sometimes, but I know that’s the right answer to that question all the time.

Well, I think just that, that it’s really about even, you know, after, after the loss of Rowdy and everything, the one thing that I’ve said every time is that bad things happen, and there’s only one thing that we know to do, and that’s to press on. I think that’s what All Of Your Stones is about, and, you know, we named the record that; I think the whole thing is stay positive, and keep your head down, and press on.

Correction: The original version of this story left out a word in the album title for All Of Your Stones.