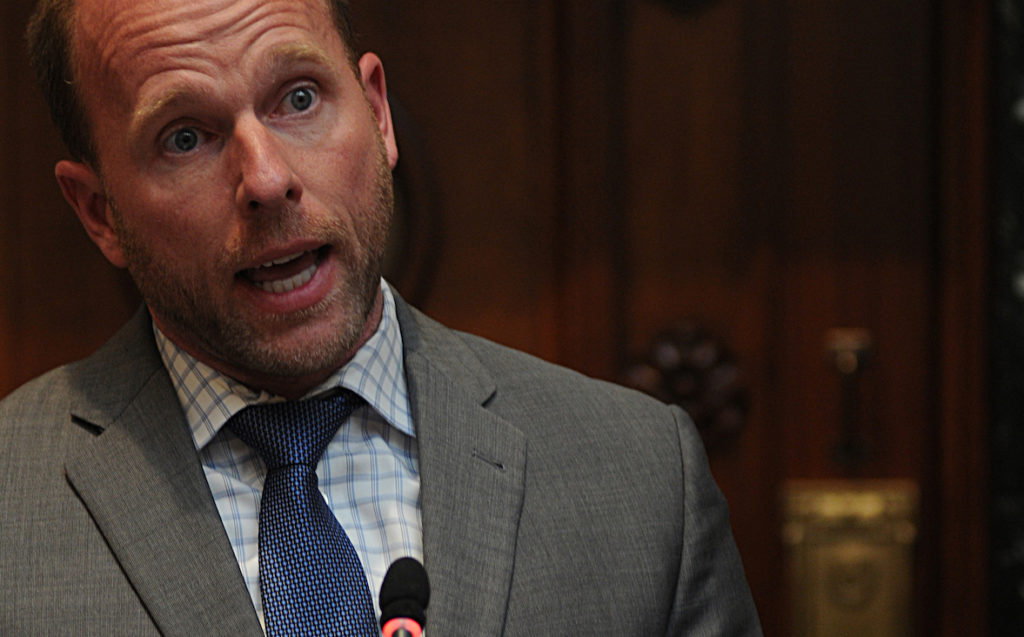 Republican state Rep. Robert Goforth has finally resigned from the Kentucky General Assembly as he continues to fight criminal charges for allegedly strangling his wife.

Goforth was first arrested in April of last year after Laurel County Sheriff’s officers responded to a complaint called in by his wife to 911 dispatch.

According to the police, the woman said Goforth strangled her with an ethernet cable and attempted to “hog-tie” her over an argument about unlocking her phone. Three children were in the house with them at the time, but they were found safe.

In his resignation letter, Goforth wrote, “At this time, family and personal circumstances demand my full attention and focus.”

Goforth shamelessly held onto his General Assembly seat, even after being indicted on strangulation and assault charges. Goforth has pled not guilty.

A petition to impeach Goforth was presented to the state legislature last year, but a House impeachment committee declined to move forward with the case after they heard from legal experts who said they didn’t have the authority to remove a fellow elected lawmaker from power.

Goforth is a former candidate for governor who performed surprisingly well against Matt Bevin in the last Republican gubernatorial primary, showing you how few good Republicans our state has to choose from — or how deeply rural Kentucky is now entrenched in red. Goforth was somehow reelected to his House seat last November amid the allegations.