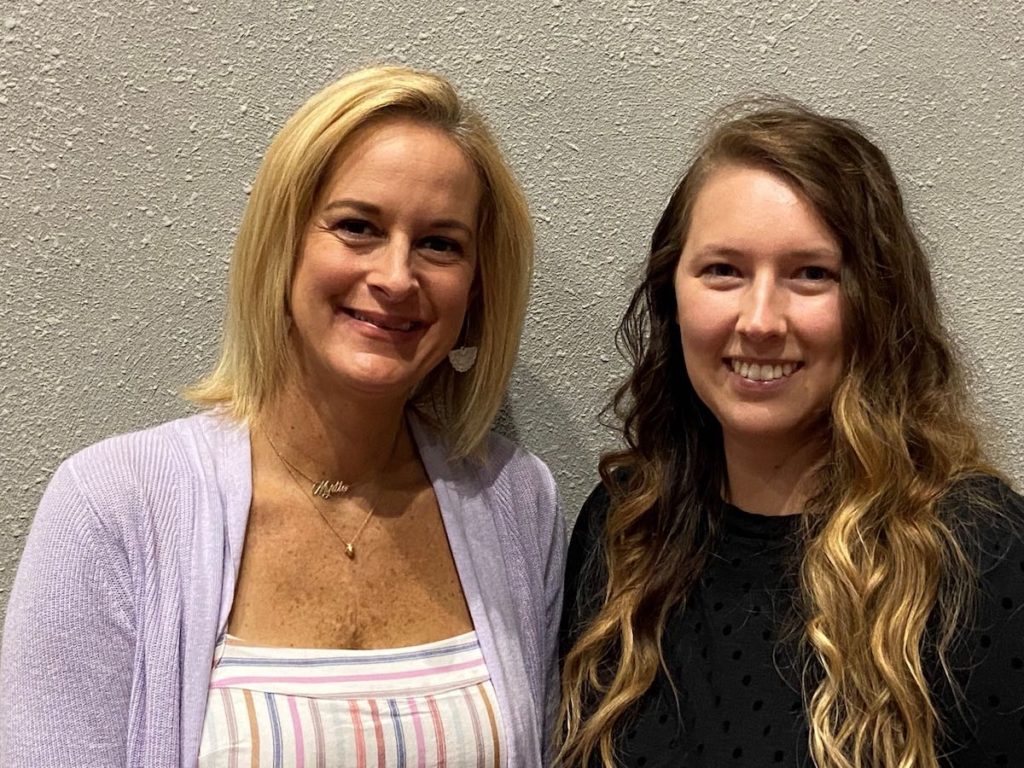 During a time when the state of Utah is on its way to outright banning sexual education in schools, Louisville’s own Pleasure Ridge Park High School is expanding the knowledge its freshmen receive. PRP is strengthening its campus culture by teaching its students the art of bystander intervention. This is an initiative spearheaded by freshman English teacher Madison Yochum and academic instructional coach Kasie Stemle.

“I had the privilege of attending a bystander intervention training at Indiana University Southeast last semester, and it sparked a memory from undergrad,” says Yochum, a Western Kentucky University alum. “I remembered a similar training my friends went through at Western and how impactful it was for them.”

Knowing how beneficial bystander intervention training could be for her students at PRP, Yochum took the idea to her colleague Stemle.

“We have a unique culture here at PRP. We have the culture of a neighborhood school,” Stemle says. “Teaching our kids bystander intervention gives them another layer to protect each other and make our culture even stronger.”

In 2009, a student at Richmond High School in Richmond, California was leaving her school’s homecoming dance. While standing outside the gymnasium where the dance was being held, several boys and young men called her over to the school’s courtyard where they asked the girl for sex. When she declined, she was sexually assaulted by approximately 12 of the young men over the course of two hours. While the assault was happening, it was reported that there were 10 to 12 bystanders who watched the attack, yet none of them moved to intervene or call help. A neighbor would eventually become aware of what was happening and would call the authorities.

This incident serves as the fact pattern in PRP’s bystander intervention workshop. Entitled “Homecoming,” the lecture teaches students about the bystander effect through examining the different hurdles that cause bystanders to stand idle. These hurdles include the diffusion of responsibility and the desire to act in socially acceptable ways. Students are then equipped with the tools needed to clear these hurdles as they learn several methods of intervention they can utilize. From directly intervening or causing a distraction, to alerting a suitable third party, students learn there are numerous ways they can come to the aid of another in an incident of sexual assault, while remaining safe themselves. Finally, students learn that sexual assault is a community problem and as such, requires a community solution.

“Initially I was on pins and needles wondering if the students would ‘get it,’” says Yochum. “But oh, did they! You could watch them taking the information in and could see the lightbulbs turn on in their heads.”

Several students came up to Yochum after class to express how big of a deal it was that bystander intervention was being taught. But it was the exit slips that Yochum gave the student to fill out that truly revealed their reactions.

One student showed off her newfound knowledge of the different forms of intervention, writing, “getting involved isn’t just calling the police or fighting, but it can also be distraction.” Another student expressed the value of the lecture saying, “I learned that just sitting back and watching something happen will not help the problem. I can use this info in the future to help other people in need.” One student expressed her gratitude for the lecture, recalling her own assault stating, “I am happy this is being taught. I was sexually assaulted, and people watched, but nobody helped me.”

With such a positive student response, both Yochum and Stemle are excited for the future. Next year’s lecture will see the students reading the bystander intervention chapter of my book, “The Title IX Guy.” Once they have the base knowledge established, the students will go through the “Homecoming” lecture in hopes of an even more robust student conversation. For Stemle, she hopes this education will strengthen PRP’s culture: “I want this training to be able to empower the girls, giving them the tools that they need to survive and the skills they need to help their friends get out of situations.”

Yochum (also the assistant coach of the school’s boys’ basketball team) echoes Stemle’s sentiment for the boys at the school.