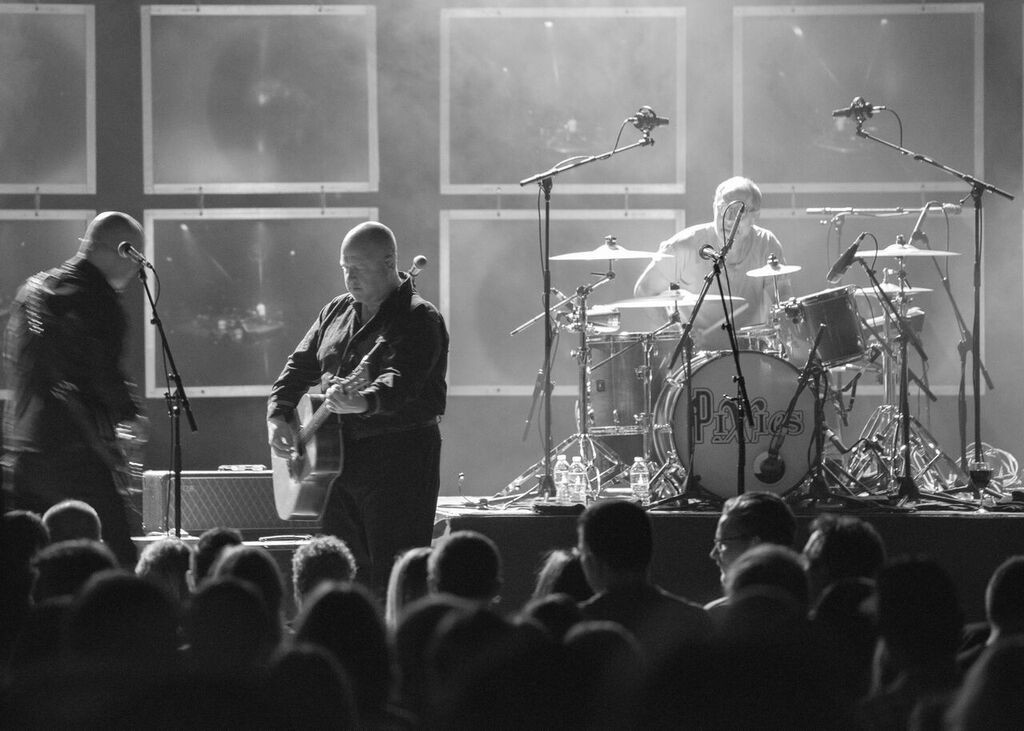 The Pixies played the Louisville Palace in 2015. | Photo by John Miller

The legendary alt-rock band Pixies announced that they will cancel their entire September tour, including a stop at Old Forester’s Paristown Hall, due to concerns about the Delta variant-fueled surge of COVID-19.

“We have determined that with the current stage in COVID cases — made worse by the Delta variant — that this is the right decision for our fans and crew members’ safety, as well as our own,” the band said in a statement posted on Twitter.

Refunds are available at the point of purchase.

The band was scheduled to play 11 shows next month, including Paristown Hall on Monday, Sept. 13. They were also set to perform at festivals like Summerfest in Milwaukee and Riot Fest In Chicago.

The Pixies are not the first band to cancel a stop in Louisville because of COVID. Nine Inch Nails will not be playing Louder Than Life.

The band started in Boston in 1986, and they revolutionized a style of pop-infused, punk-adjacent experimental rock that defined the early-to-mid ‘90s. The band currently consists of Black Francis, Joey Santiago, David Lovering and Paz Lenchantin. Kim Deal left the band in 2013.