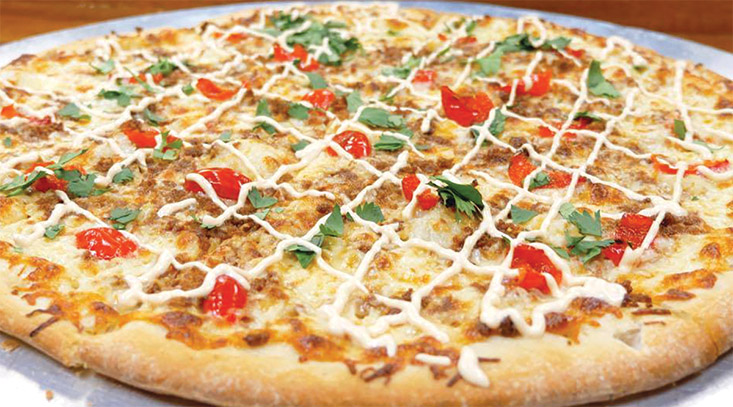 Impellizzeri’s Pizza sees your $100 sign-on bonus and raises it times 100.

The local pizza chain will award $10,000 to one, hourly employee at the end of the year by random draw in an effort to combat hiring issues brought on by the pandemic.

“We’ve had a lot of difficulty hiring, and it’s a very slow, kind of plodding, process to get those hires trained,” said Impellizzeri’s Operations Manager Gary Powell. “And our thought process is, If we could just get people to work through the end of year, they’ll figure out that we’re a fun place to work, we’re a really good company and we take care of people. And they may make a big reward come January.”

Impellizzeri’s, which has four locations, is also offering $500 sign-on bonuses, available to new employees after working for 30 days.

The country is facing a labor shortage in several industries in the midst of the pandemic, but the service sector is worse off than the manufacturing and retail industries, according to national Bureau of Labor Statistics data. The reason why is still up for debate, but experts have blamed career-hopping, unemployment benefits, a lack of childcare and fear of COVID-19. Service workers who LEO interviewed for a July story said that a dearth of good pay and benefits had incentivized them to leave the service industry for other fields.

Impellizzeri’s has had to raise its hourly wage for employees since the pandemic started, said Powell. The pizza chain is hiring kitchen workers for $12-$15 an hour based on experience. Servers still make minimum wage but have been picking up more in tips recently, said Powell.

In addition to monetary bonuses, Impellizzeri’s has also stepped up its advertising game, promoting job openings with Facebook ads, banners at the stores, box toppers and flyers.

The opportunity for Impellizzeri’s employees to win $10,000 is for current employees and those just joining. It’s not for restaurant managers. They have their own retention bonus, although Powell declined to say what it was.

“We’re just interested in getting some friendly folks that are talented and want to do a great job [to] come work with us,” he said. “They’ll find out that it’s a great place to work.”