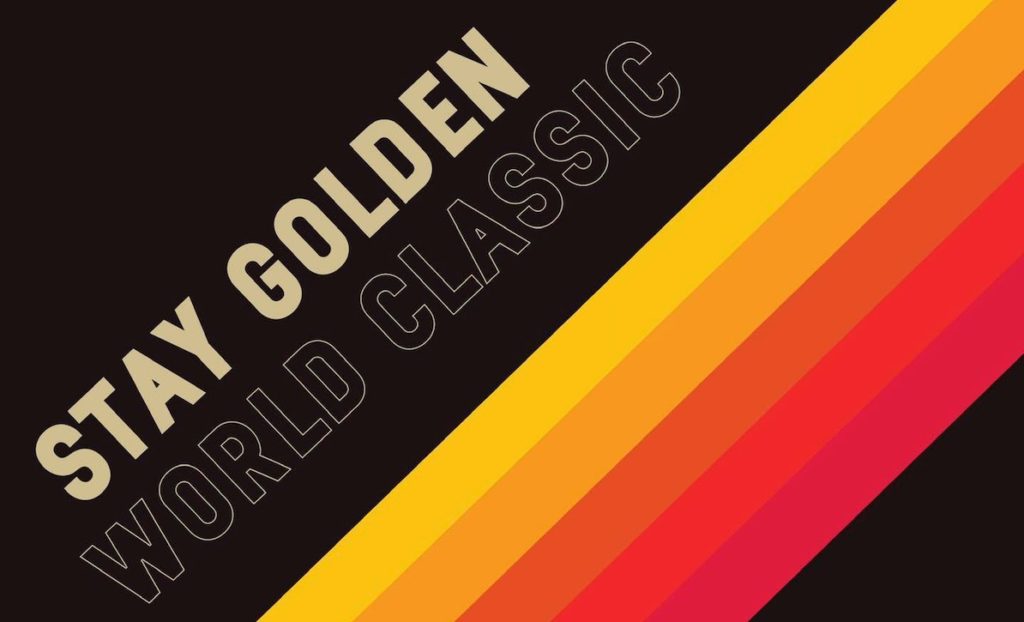 Dustin Tucker, otherwise known as the one man band, Stay Golden, wants to help you out during these trying times, which is one of the reasons he wrote “Smoking Section,” a song from his latest release World Classic. Tucker, who is from Louisville, says he’s on a mission to take people to a simpler time, and believes he might be able to help them forget about their problems, if only for a few minutes.

“Since this project is an instrumental album I knew that it would be hard to get my vision across so I decided pretty early on that each track was going to make people feel something. Like when they hear it it takes them to a place they have been before or a period in their life that triggers those nostalgic emotions. ‘Smoking Section’ reminds me of just that, the smoking section of an old jazz bar. Like the bar that Samuel L. Jackson plays at in the movie ‘Black Snake Moan.’”

“Smoking Section” is a moody, mid-tempo simmering of space jazz smoothness and electronic slink. Despite being an instrumental song Tucker still manages to instill a palpable emotional depth, from the song’s opening melancholic saxophone riff to the optimistic groove of the ‘90s R&B flavored keys to the classy flamenco-inflected guitar solo at the song’s close.

“I wanted that hot and smokey jazz club type vibe,” Tucker said. “That lead synth part I spent every night for at least a week fine tuning. Every day I would leave my synth on and tweak a few knobs here and there, play different parts until I finally found the perfect sound. It’s honestly a miracle that this sound made it, because my kids are infamous for messing with my equipment and changing settings. It’s legit my favorite part of the album, that sound.”

Still, Tucker knew something was missing to make the song he was looking for. Two somethings actually.

“Since it reminded me of a jazz club I knew I needed some horns. So I called a friend of mine and fantastic horn player, Benjamin Garnett. He graced the track with some nasty horn runs. On most of my tracks I program and play all of the parts. This track was different though. Which is why when the song didn’t quite seem finished I ended up calling another friend of mine, Lewis Richards, and he dropped that beautiful solo. My god, he did some truly timeless shit in my opinion. The part he played speaks to my soul.”

For all the fiery appreciation Tucker has for what he accomplished on “Smoking Section” it almost didn’t make the cut for World Class.

“Honestly I had all but forgotten about it,” he said. “I would listen to it occasionally and think what a shame, because it had major potential. Fast forward a few months, I’m putting a final list of World Class tracks together, and I get a text from Benjamin [Garnett] to check out the files he had just sent and boom! I had sent him ‘Smoking Section’ months earlier along with a couple of other tracks. He worked on the other tracks at the time, but not ‘Smoking Section.’ I dropped Lewis’ solo in; now I think it and it’s one of the highlights of the album.”