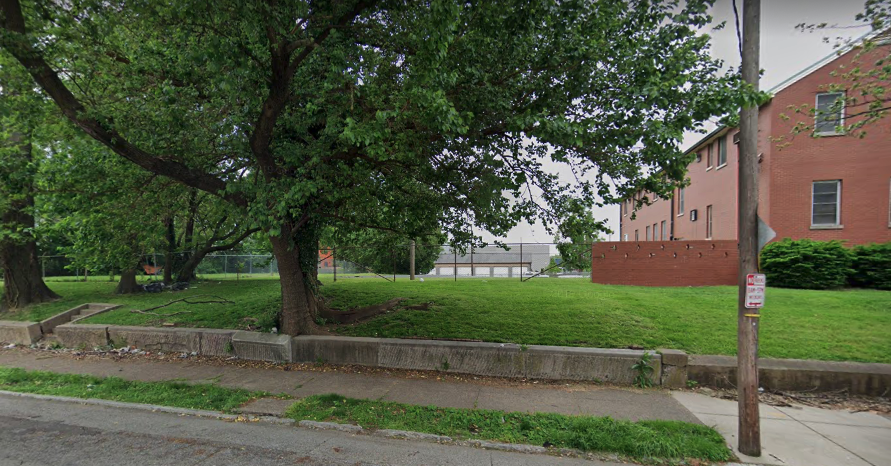 Part of the 212 E. College St. property that will become a Safe Outdoor Space for people who are houseless in Louisville. | Photo via Google Street View

The city of Louisville is purchasing an Old Louisville property to turn into a “Safe Outdoor Space” for people who are houseless.

Once the purchase is complete, people who are houseless will be allowed to set up tents at the site, which is located at 212 E. College St. and currently owned by the addiction recovery business JourneyPure, according to city records.

The city will work on constructing semipermanent shelter, including shared bathrooms and showers at the site. Residents will also have access to supportive, wraparound services at the site. In the future, the city is considering constructing permanent, affordable housing there.

Metro Louisville has agreed to purchase the property for $1.6 million, and it will cost an estimated $1.4 million to turn it into a fully-functioning Safe Outdoor Space.

“As a compassionate city, our goal is to help those who are living in unsafe and unhealthy situations on our streets transition into more stable shelter and then put them onto a path to permanent, supportive housing,” said Mayor Greg Fischer in a statement. “The Safe Outdoor Space will provide another shelter option for individuals who’ve repeatedly declined indoor shelter despite the encouragement from our outreach teams.”

A few of the top reasons that respondents gave for not wanting to stay at a shelter was that they have had items stolen, they feel safer sleeping outside and they don’t have enough personal privacy at shelters.

The Safe Outdoor Space is part of a new, city government strategy for addressing homelessness in Louisville. Metro Louisville is also working on identifying transitional indoor housing (possibly in a hotel) and more permanent supportive housing options, as well as increasing funding for affordable housing.

Metro Council and Fischer have proposed that affordable housing and homelessness will be a top priority for the city’s remaining $340 million in American Rescue Plan funds.

The city’s recent approach to homelessness has received criticism from advocates for including an effort to clear non-sanctioned homeless camps in Louisville. Metro Louisville resumed 21-day notices for camps in July after stopping them during the pandemic.

Correction: An earlier version of this story misinterpreted UofL’s study.