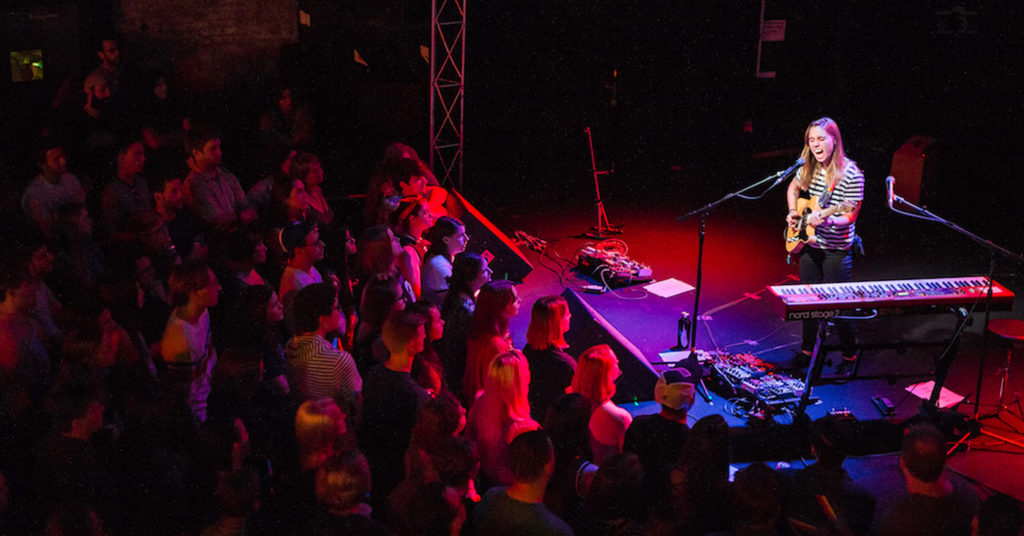 Several of Louisville’s most notable venues have announced that they will require that fans show proof that they received a COVID-19 vaccination or present a negative test to attend a show.

Over the weekend, Live Nation updated its policy, announcing that it will require proof of full vaccination or a negative test starting on Oct. 4. The company, which operates The Louisville Palace and the Mercury Ballroom, had previously announced that it would follow the lead of artists on a show-by-show basis.

“Vaccines are going to be your ticket back to shows,” Live Nation president and CEO Michael Rapino said in a statement to Rolling Stone. “As of October 4th we will be following the model we developed for Lollapalooza and requiring this for artists, fans and employees at Live Nation venues and festivals everywhere possible in the U.S.”

Lollapalooza had similar protocol and was deemed to not have been a super-spreader event by Chicago health officials, despite having an estimated 385,000 attendees.

On Saturday, The Flamingo Lounge — a new local venue in the old Jimmy Can’t Dance space — also announced it will be requiring a vaccination card or negative test beginning this Wednesday, Aug. 18.

Headliners Music Hall joined with the same requirements, writing on Facebook on Monday, “Out of concern for our staff, artists, crew, and fans, beginning September 1, 2021, we’re implementing a new policy requiring proof of full vaccination or 48-hour negative Covid-19 test administered by a healthcare professional to enter the building.”

Headliners co-owner Billy Hardison told LEO that the venue has been working on this policy for a few weeks.

“This is for us, our staff, the artists, our fans,” he said. “Nobody has got a bullet proof answer here, we’re just doing the best we can.”

Previously, Louisville concert venues were enforcing masking requirements. Some still are. Art Sanctuary is  currently requiring everyone to wear a mask, vaccinated or not. As of Aug. 7,  Portal at fifteenTWELVE had a vax or mask rule, but they plan to announce a vaccination or negative test policy shortly.