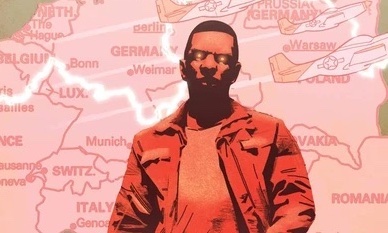 Avery Aldridge is a family man and decorated vet, as well as a Black man living in 1950s Alabama. He’s simply trying to make a living to support his family, but a run in with a violent and racist white man in a dark alley will lead to a dramatic unfolding of events that will seemingly change his life forever.

The first issue of “Dark Blood” gives you a simple plot, but adds in just enough details to let you know that something else is going on. Through a series of flashbacks we learn that Avery was a pilot during WWII, but 10 years later he is working at a diner in the Southern United States and supporting a family. So what is “The Variance” that is referenced throughout? What are the strange powers that Avery Aldridge possesses? Just what exactly are the flashbacks trying to lead us to?

Screenwriter LaToya Morgan (“The Walking Dead”) and the artist team of Walt Barna and A.H.G. have brought us a story of magical realism in the American South, about what it would mean to have power when you’re told you don’t have any. 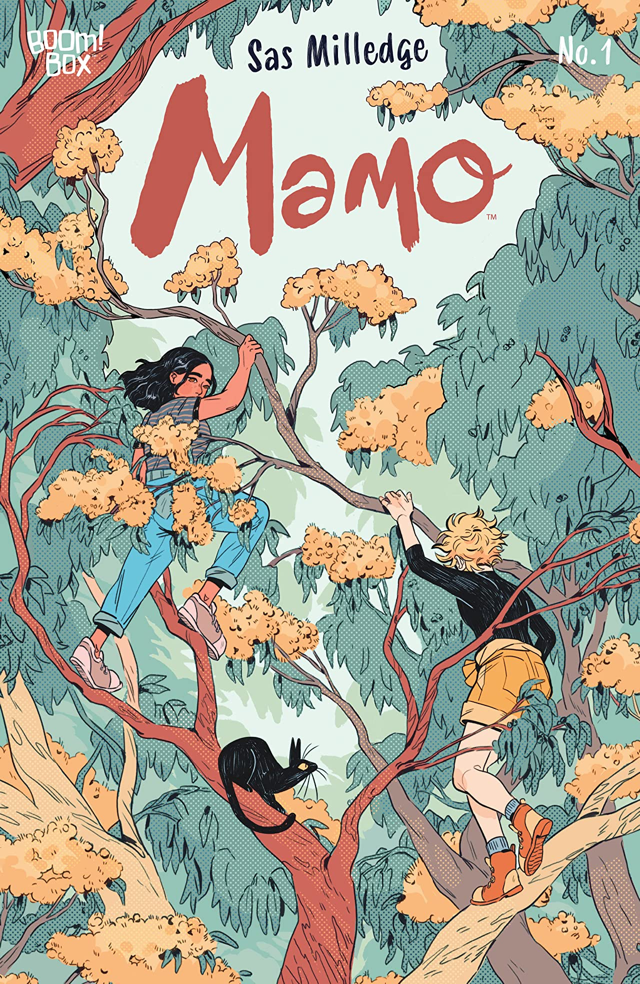 Art and Story by Sas Milledge
Review by Krystal Moore

“Mamo” starts out innocently with a girl, Jo, riding a bike through a beautifully illustrated landscape. Soon though, we find out that she is on a search for a witch. She finds a green Jeep in a clearing with a young girl inside reading. She inquires about whether or not the girl, Orla, is the witch.  After some back and forth, it seems that Orla is a witch, but maybe not the witch. Eventually, Jo persuades Orla to help her.

Jo is trying to find someone to help her mother who’s been asleep for months. Jo also has two sisters to look after. When the two come into the town, it looks as if Orla may not be welcome. Once inside Jo’s house, things swirl into a greater mystery as Orla realizes she may know exactly who is causing the family’s problems.

Pretty quickly this book turns its storyline towards the horror genre. It’s warm art style is a little misleading as I’m sure was intended. Sas Milledge is an Australian writer and illustrator pulling double duty on the book, and while lovely to look at, the art is hiding a bit of an unsettling story that may keep us awake at night.