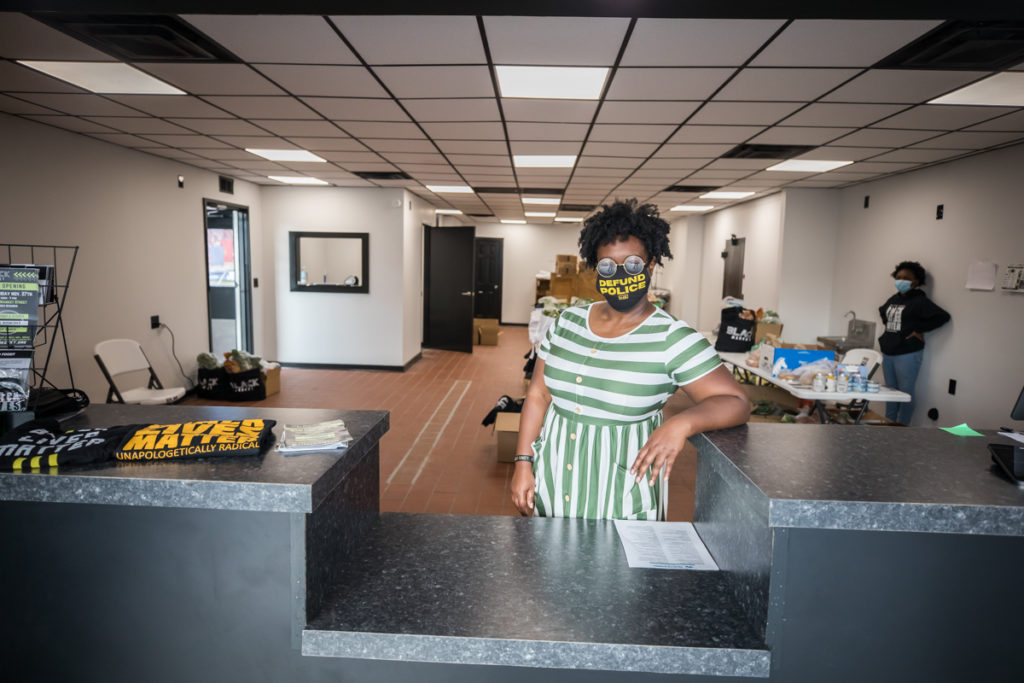 Shauntrice Martin in the Black Market KY grocery store before it opened.

The recipients will be announced on Sunday at the Black Market’s Kickback celebration.

In June, Martin told Today’s Woman that she planned to donate the store.

“We don’t have any debt, but I want them to be in the best possible position to succeed,” said Martin in her interview. “I think we’re on our way to being sustainable. All the staff members are part-time right now, but I would like that same team to stay there. I want there to still be a social justice focus. I’m going to donate it to a West End resident who makes less than $50,000 a year who has volunteered with the program at some point.”

Martin, who also works full-time with Kentuckians for the Commonwealth, started the Black Market by investing in it with her own money.

Since opening, the Market has purchased 67,000 pounds of local produce from Black Kentucky farmers, according to a news release. It has also donated 30,000 bags of groceries, offered $19,000 in rent and utility assistance and worked with dozens of Black-owned businesses.

The Kickback celebration this weekend is open to the public and will feature DJ Always, dozens of Black vendors and prizes. It takes place at the Repurposed Space (615 W. Main St.) from 5-7:30 p.m.