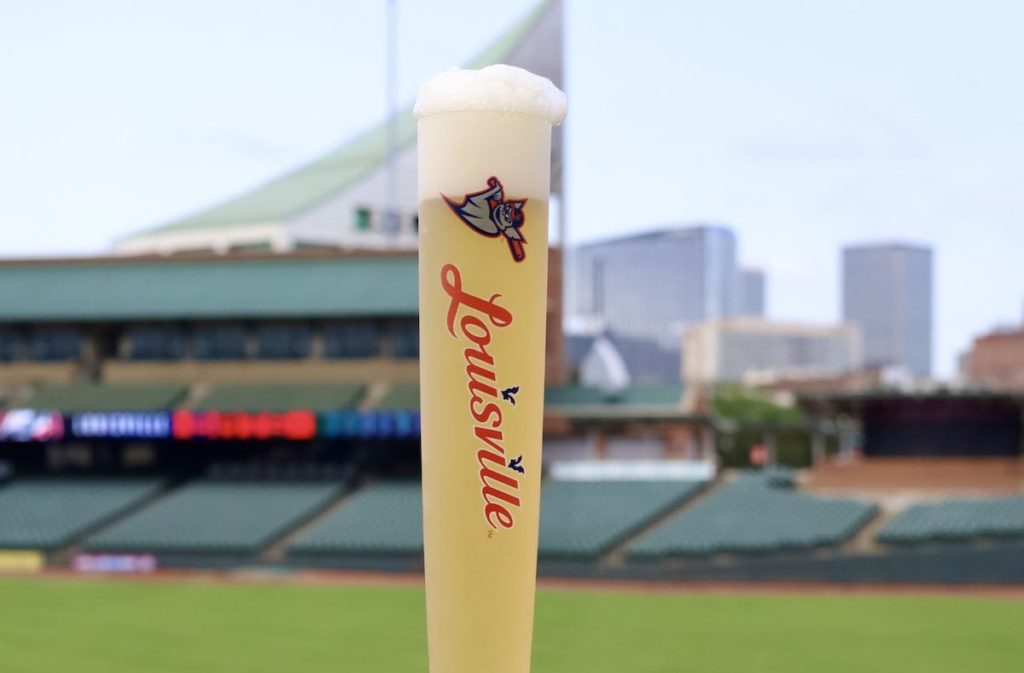 There are a lot of storied traditions in baseball — long socks, longer games, big markets being able to buy super teams, steroids, dangerous foul balls, dugout clearing brawls and, on a less snarky level, a really cool, relaxing atmosphere — but none of them may be as revered as going to a minor league ballpark and drinking beer out of a big-ass piece of plastic shaped like a bat.

That American pastime has landed in Louisville. Earlier this week, the Louisville Bats announced beer bats are now available at Slugger Field.

You asked for them, we got them. Beer Bats now available at Slugger Field! pic.twitter.com/2HcilIknqn

They’ll run you $17, and they are available in the four main bar locations.

Tony Brown, director of marketing for the Louisville Bats, said that the organization noticed that a peer team had success with beer bats in 2019. COVID put a delay on debuting them in Louisville, but they were able to roll them out this summer.

“We thought it would be a fun item that we could add to our concession list and hoped fans would be inclined to purchase these because not only do they get some beer out of it, but they also get a souvenir to take home,” Brown told LEO.

And Brown said that the beer bats sold well at the first game they were available at earlier this week.

“It was certainly a popular item,” Brown said. “And I’m sure that will be the case moving forward, as well.”

The key to running a successful minor league sports organization really isn’t winning championships, it’s creating an atmosphere for the fans. And, with the recent expansion of the stadium, and things like beer bats, fun ideas are happening at Slugger.