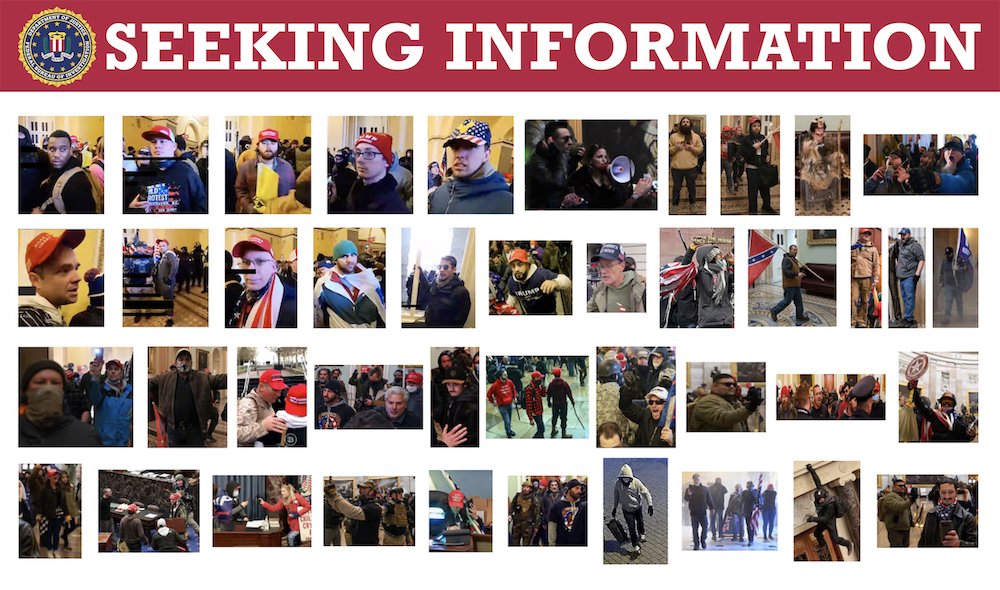 The FBI is still seeking information on the U.S. Capitol rioters pictured here.

The Jan. 6 insurrection at the U.S. Capitol will go down in the history books as one of the most embarrassing, pathetic and sad days in the country’s history.

On Tuesday, the FBI announced that another person from Kentucky has been arrested in connection to the event, when the Capitol building was flooded by hundreds of Donald Trump supporters for more than four hours. Numerous people where injured and five died.

Joseph Irwin, of Cecilia, was charged with entry and disorderly conduct in a restricted building and disorderly conduct and parading / demonstrating in the capitol building. The FBI also announced Irwin was expected to have his initial appearance in federal court the same day of the announcement, Tuesday, Aug. 17.

#BREAKING: JOSEPH IRWIN of Cecila, KY was arrested today in connection with the violence at the U.S. Capitol on January 6th. Stay up-to-date on all of the Capitol Breach cases here: https://t.co/8yn6xtZlKz pic.twitter.com/cdVrubxYQV

More than a dozen Kentuckians and more than 500 people in total have been arrested in connection to the insurrection that was sparked by Donald Trump, an attempt to disrupt the certification of President Joe Biden’s victory in the 2020 election.

The FBI is still looking for information on people who committed violence in the U.S. Captiol on Jan. 6. You can review pictures and videos here and report a tip to the FBI if you recognize anyone.

For an in-depth view of what happened on Jan. 6, check out this six month visual investigation from the New York Times.