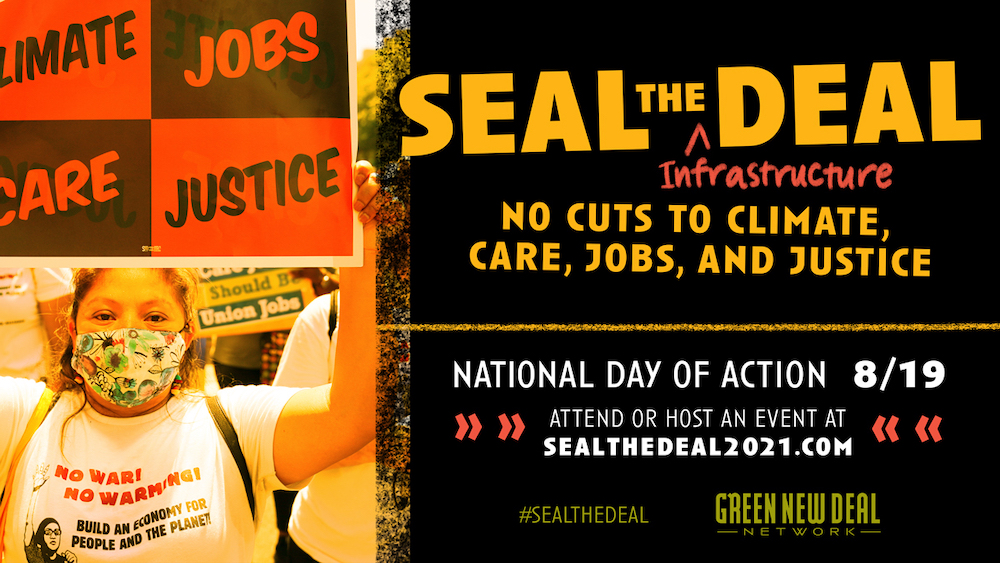 This Thursday, Aug. 19, Louisville residents, activists and other concerned citizens plan to rally outside of the SEIU union hall to express support for a potential $3.5 trillion spending plan that invests in climate justice, new jobs and the “care” economy.

A $1 trillion bipartisan infrastructure bill that was passed through the Senate is currently being considered by the House, but the Democrats are also considering a $3.5 trillion bill that they see as complementary. The larger plan is aimed toward helping the economy rebound and looking toward the future, complete with climate initiatives, paid leave, child care, education and health care.

The $3.5 trillion bill has split Democrats, with support from progressives and hesitancy from centrists. The New York Times has reported that House Democratic leaders plan on moving forward with the plan.

Organized by the Green New Deal Network on what is the national day of action, this #SealTheDeal rally will ask Rep. John Yarmuth and other members of Congress to support the larger, more comprehensive bill.

There will be free food and speakers at the socially-distanced rally. You can RSPV to attend here.