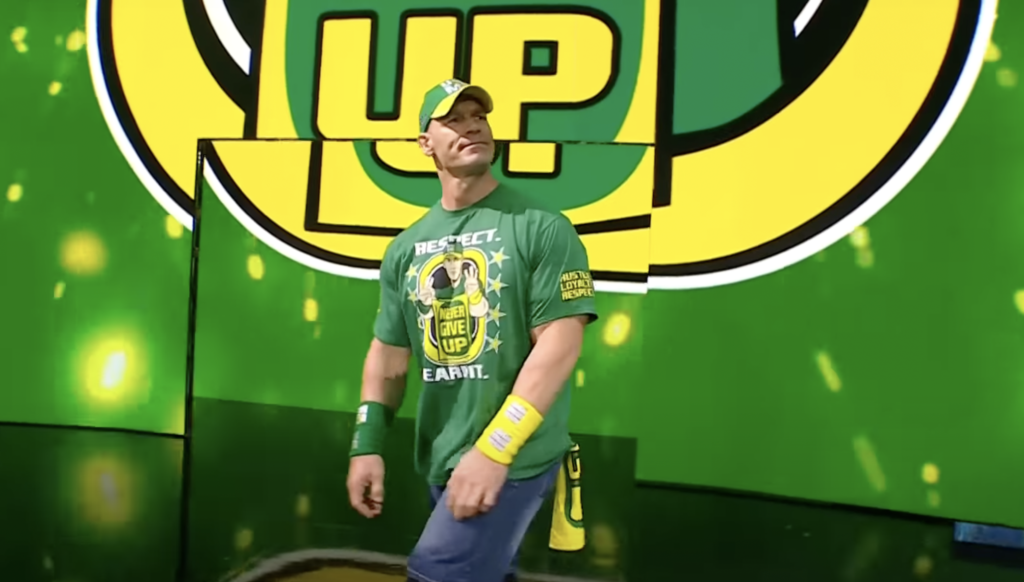 A screenshot of John Cena's return during WWE’s Money in the Bank.

That’s what seemed to run through Roman Reigns’ head after Cena’s surprise return crashed the champ’s celebration at WWE’s Money in the Bank last weekend.

That appearance ended a 15-month absence from Cena, who won’t be taking another big break anytime soon, because the WWE has dubbed this the Summer of Cena, and an event featuring the superstar hits the KFC Yum! Center on Sunday, July 25.

The WWE SuperShow will also feature Rey and Dominik Mysterio, Charlotte Flair, Roman Reigns, Bobby Lashley and many others.

Tickets start at $23, and can be purchased via the Yum! Center.

Cena actually got his break in Louisville and Southern Indiana in the early 2000s as part of the still-going, small-scale, yet high-profile local farm system Ohio Valley Wrestling. Around the same time that Cena was there, OVW also graduated future big names like Randy Orton, Dave Bautista and Brock Lesnar.

And if that’s not enough action for you, directly after the Supershow, WWE legend Jeff Hardy will be at Zanzabar for a meet and greet. After he signs autographs, he’ll be performing some music. That costs $25.

I’ll just go ahead and leave this right here: