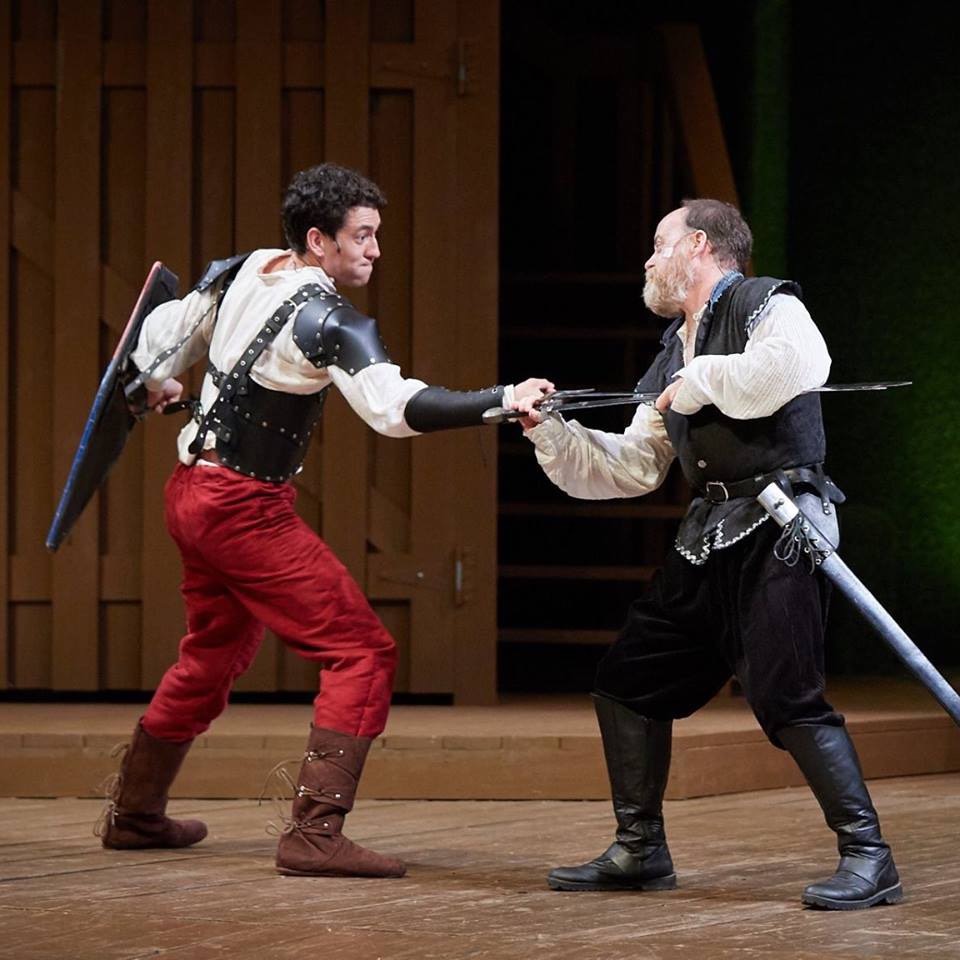 Kentucky Shakespeare's "Henry V" plays throughout the month of July. All performances are free.

Shakespeare was a hit maker unashamed of banging out prequels, sequels and even alternate timeline hijinks to keep his audiences pleased. In 2017, Kentucky Shakespeare announced they’d be taking on one of his longest running and most popular series of plays starting with “Richard II,” and ending with “Henry V.” This summer, that tetralogy concludes with “Henry V.” LEO sat and talked with Zachary Burrell, the actor playing this summer’s King Henry, who also played Prince Hal i.e., King Henry V before he was king.

LEO: When did you find out you were going to be playing this role?

Zachary Burrell: In the summer of 2017, I had taken the summer off because that’s when Sai [Burrell’s child] was born. My intention — because Shakespeare can be kind of grueling — was to take a couple years off, maybe two years, three years off. Amy [Attaway, Associate Artistic Director of KY Shakes, and director of the tetralogy] pulled me aside when we went to see one of the shows. And Amy kind of says ‘Hey — when do you think you would want to come back to Shakespeare?’ and I say,  ‘You know, maybe like two years.’ She goes, ‘Would you come back for the role of a lifetime?’ And I’m like, ‘Hang on….’

She was like, ‘We’re going to do all of the history plays, all the way up to ‘Henry V.’ And we’d like you to come back and play Prince Hal, and then Henry.’

And you can’t not do that! So then the next summer you jumped into ‘Henry IV, Part I’?

That’s one of my favorite Shakespeare shows. It’s got such a good mix of comedy, the political intrigue, the action, and so yeah, that was a lot of fun to come back into after taking a year off, to have such a complex role.

[Hal’s] got some many great themes, the duality of him between playing that rascal out [to] have to fun, but underneath there’s, ‘Oh god, I have to become king soon.’ Every time his dad is sick, it’s like, ‘Oh, God, is it today?’

But then after ‘Henry IV,’ parts I and II, you all got sidelined because of COVID.

We kept getting pushed back and pushed back. And of course, it was disappointing. But everyone was very hopeful that COVID would peter out by midsummer. There was still that plan of, ‘Oh, we might still do it, but with limited capacity, with a shorter run.’  And, I think we were all like, ‘Well that’s kind of a bummer, to have the fourth of these histories have a smaller goodbye to them all.’ So glad that everyone is being safe from COVID, but I’m glad we’re doing it at full capacity.

Did you do anything for the role in your off year?

I tried to use that year as best I could to get off book for the show. I feel like I came in about 85% solid off book, so like I was able to come in and get to work right away. He talks a lot.

So, you’re about to open, how you feeling?

[Laughing] Well she does keep crying after she says, ‘We’re in a good place.’

Or maybe she’s saying we’re in “The Good Place.” So you still have this whole show ahead of you, but you know, compared to how long you’ve been on this road, you’re pretty close to the end. Do you think about what it’s going to be like when it’s over?

I try to not do that and be in the moment with the people. But it has crossed my mind. This is probably the biggest role I’ll have in Shakespeare. I’m trying to make sure I really appreciate this. When I am done with it, it’s like, OK, I’ll put that in my brain bank, and I can go back and look at it when I’m feeling nostalgic.

Maybe your kids will be incredibly ungrateful, and you can use that to play Lear someday?

Actually, I feel like part of the plot of ‘Henry IV’ is, I always thought Hal has two dads, the serious business dad and he has the cool stepdad that’s like,  ‘Let’s just go surf and play video games and drink beer.’ And so it’s kind of like, which one is Hal? I think, you know, he still carries that Falstaff dad with him, even though he sort of takes over the company. So, in like 20 years, I’d love to play Falstaff. I think that’s be a fun full circle. Come back to this play in that way. •