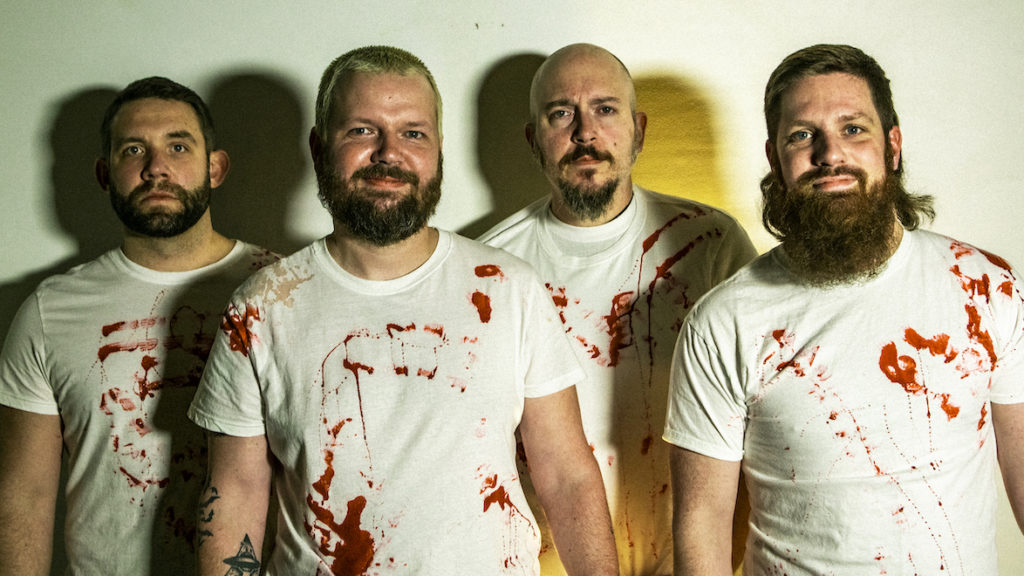 I thought I was ready. I hadn’t been to a show since the day before the shutdown, in that halcyon time when the pandemic was a problem for someone else, somewhere else. With the shutdown came the doomscrolling, watching the uptick in reported cases, deaths rising every day thanks in no small part to the clowns at the helm when this all started. So into my hole I went, mostly hunkered down and isolated from the comfort of anything but a virtual community. The last show I attended was Om, the tremendous doom metal band. On July 17 at Headliners Music Hall, I ventured out to see Prayer Line, my first foray into leaving my little hobbit hole. Again, I wasn’t ready.

At least in the context of this one show, everything was on schedule. The first act up was Tyler Lance Walker Gill, followed closely by the thunderous Stagecoach Inferno. While I hope that this trend of the show starting on time is something that continues, it was unfortunately to the detriment of my time on that Saturday. After putting my kiddos to bed, I arrived around 9 p.m. … just in time to hear the final two songs from Stagecoach Inferno. Before I move on, I have to say that literally every person I talked to said that Tyler Lance Walker Gill was incredible and that he should never be slept on. I’ll remember that.

Stagecoach Inferno was what they are: loud and technically proficient. At this point in my life, I’ve seen enough of that to get the gist. Nothing here nor there to add. They are perfectly competent and riled the crowd up. Lots of jean jackets on display. By all measures, folks seemed to be into it.

Prayer Line took the stage not too long after. I appreciate their music, although it’s not a genre that’s close to my heart. As a critic, I write from a very Harold Bloom perspective. Bloom believed that criticism should only apply to the text and not the context of any given piece of literature. In most ways, I think Bloom is a fucking idiot (you cannot critique “Mein Kampf” sans context), but in terms of music, it’s an excellent approach. It lets you view things on your terms. Such was and is my case with Prayer Line.

What I heard was a metal band without any of the pretensions that I have when I make music. I heard catchy guitar harmonies and vocal patterns that, surprisingly, reminded me of David Byrne or Mark Mothersbaugh belting it out to early-Mötley Crüe, all while singing about B-horror movies. I saw a band crush it, get silly and just in general act like a heel (look it up, wrestling virgins). It was a good time and almost made up for the crippling anxiety attack that overtook me, as I realized that germs still exist, and I was near them.

Still, as I write this a few days after, I have some of those sick-as-hell guitar leads in my head. I still hear bassist/vocalist Jake Hellman’s raunchy sneer while he sings about how bad a dude he is and how little of a fuck he cares about it. In the moment that he’s performing those lines, I believe him. Prayer Line are the villains in an ‘80s movie, the no-goodnik punks out to challenge the normals. I’m here for that, even if going in public still gives me the creeps.