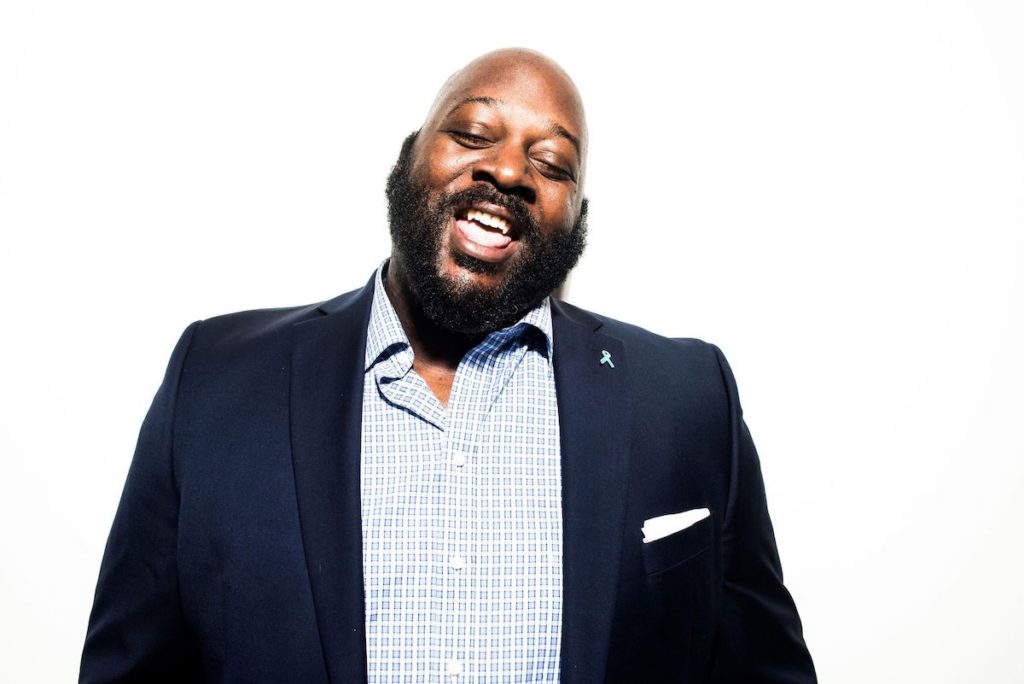 Editor’s Note: The following is an excerpt from James Wilkerson’s book “The Title IX Guy: Several Short Essays on Masculinity (Both the Good and Bad Kind), Rape Culture, and Other Things We Should Be Talking About” which is currently on sale for $16.99.

It was 11:24 a.m. I was checking my morning Facebook notifications, while sitting at my dead-end job when he messaged me. I didn’t know much about him. We went to same law school where he was one year ahead of me. But we never had class together, or even spoke to one another. Why was this stranger reaching out to me?

He apologized for his intrusion, then explained excitedly that we were from the same high school. How did this stranger know this? Was my hometown public on my page? He asked if I planned to take our home state’s bar exam once I graduated. I told him I did, as I wished to eventually move back home so my young daughter could have access to a better school system.

He then suggested that we take a selfie together.

This struck me as an odd request considering we literally just met each other. I nervously laughed his request off saying maybe we could snap a shot the next time we saw each other in school, secretly hoping we wouldn’t.

We continued our small talk. He told me to keep it to myself, but that he could “hook me up with airline tickets” to anywhere I liked if I would give him 30 days’ notice. He said he only did this for people he found trustworthy, another peculiar statement as this was still only our first conversation.

We continued our small talk.

He asked if I was on campus and I told him I was. He wanted the selfie. He claimed our high school wanted to write a story about two of its own in law school. Once again, a peculiar statement as two old alumni enrolled in law school is hardly an appealing story for the old high school news rag. Still, I agreed to his impromptu photo shoot. Anything for the alma mater, right?

He said he was on his way.

I stood on my office’s steps, awaiting him. After about 10 minutes, I saw his car pull into campus from the main road; plodding toward my building, and eventually creeping to a stop. It was an all-black luxury sedan with shadow tinted windows, hiding the figure within.

He had clearly arrived. Darkness in the daytime awaited me through the sedan’s unlocked door.

I entered the front passenger side, the cold air from the vents running a chill over my arms. While the tone of our Facebook conversation had been jovial, the tone of our in-person conversation lacked any of the emotion my mind had attributed to his words. He extended his arm, took the selfie, and that was that. I got out and headed back to my office, shaking the eeriness of the whole exchange off as the product of my stressed, 2L nerves.

A few years later during “the incident”, I’d curiously comb through his Instagram feed looking for any clues he may have hidden in plain view about his current situation. After numerous rows of selfies, I would finally see our picture from that day. Due to how we were angled, I couldn’t see his face when we originally snapped the picture. But here he sat, all these years later; lips slightly pursed, eyes void of emotion, void of warmth. Two cold eyes, staring back at me, casting a familiar chill over my arms.

Nine days later, Facebook would alert me of yet another message. It was him. He sent no words, only two pictures of me, sitting at the bench in a courtroom, during one of my internships. From the distortion of the picture, I could tell it was snapped from the back of the room, using his phone’s zoom lens. No words, no context. Just two pictures taken by someone I did not even know was in the room.

That would be the last contact I would ever have with him. I would dismiss our encounters as bizarre and would do my best to avoid him in between classes. But try as you might for avoidance, rumors have their way of rustling through law school halls. Allegations about him and other classmates lurked in the dark corners of the school, murmured to those who were curious. Students would whisper, professors would balk, and complaints would be formally filed. However, without an opposing testimony at his eventual student conduct hearing, he walked away from all the complaints. In May of the following year, he would don his purple velvet graduation hood, walk across the commencement stage, and seemingly out of our lives.

I crossed the street and trudged up the stairs of the courthouse with a stack of judicial pleadings to be filed tucked under my arm, protected against the icy January winds. Another day meant another task at my current law clerk job. I passed through the metal detector and paused a moment to warm myself a bit, when I felt my phone vibrate in my back pocket. Was it an employer looking to save me from the professional pit I found myself stuck at the bottom of? I looked at the caller ID to see the name of a classmate I hadn’t heard from since graduation.

More texts from other classmates would come.

I rushed through my task, then back down the escalator, across the street, into my building, and to my desk. The other law clerks stared at me as I feverishly logged into my computer and Googled his name. And there he was, on a local news channel. The mug shot of his face stared back at me with the same cold, emotionless eyes from our selfie, three and a half years prior. Above his image was the headline in bold font, declaring the reason for his arrest.