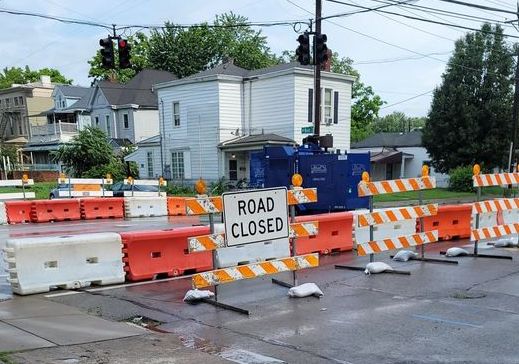 A Black-owned thrift store in Louisville is hosting a fundraiser tonight to get back some of the business it lost since the city government closed its Portland street more than a month ago because of sewer issues.

The Louisville Thrift Store’s Summer Jam will be an all-out community celebration with trivia, games, prizes, a live DJ and voter registration. A donation of $5 is suggested.

On June 21, the city shut down a section of Main Street, which remains closed for emergency sewer repairs. This stopped drive-by traffic “critical to the store’s survival,” according to a Facebook post by the Louisville Thrift Store, which owner John Scott opened more than 13 years ago.

Business dropped 90%, according to another post by the thrift store. By July 12, the shop was close to closing.

Since then, WDRB and WHAS11 have both reported on how the closure has impacted the Louisville Thrift Store, and the Metropolitan Sewer District has posted signs directing traffic to the thrift store. Local activist Hannah Drake has also brought attention to the issue.

The publicity has resulted in a $1,000 donation, utility payments and more customers, but business is still down 65%, according to the store.

Donations to the store can be made via Venmo @louisvillethrift, GoFundMe or Cashapp ($louisvillethrift.) If you pay through Cashapp and write “Black Market KY” in the memo line, the nearby grocery store will match your donation up to $500.