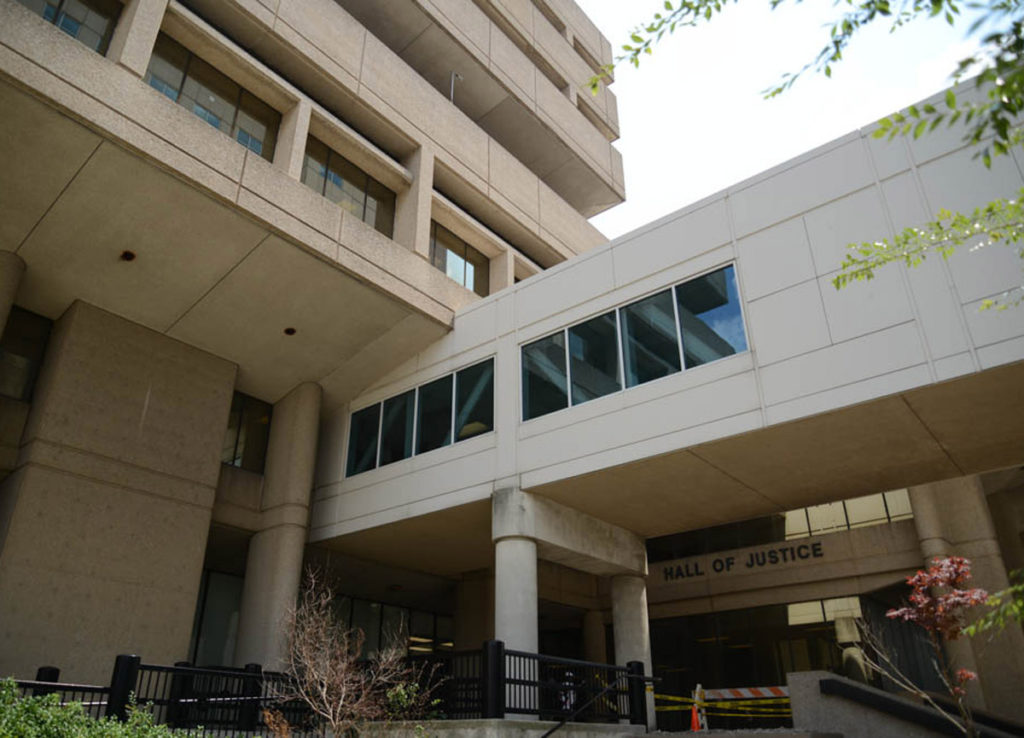 The Hall of Justice | Photo by Eleanor Hasken/KyCIR 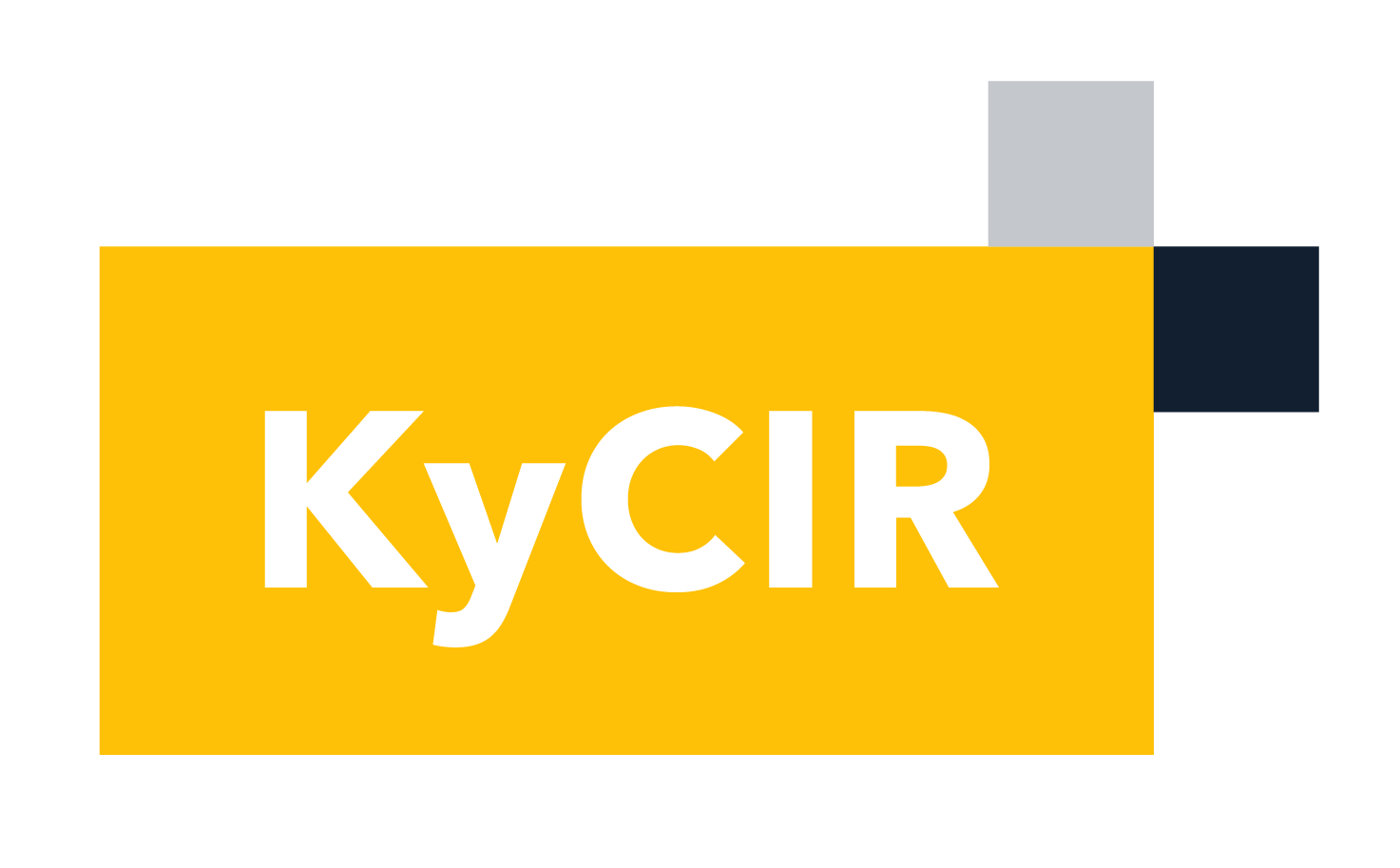 Last month in Jefferson County District Court, a prosecutor mistakenly asked a judge to issue a bench warrant for a man’s arrest after he failed to show for a court date that never should have existed.

The man had already pled guilty in 2018 to misdemeanor harassment, and he’d completed the conditions of probation. In the eyes of the county, justice had been served. But the case was inexplicably scheduled for a review.

By the time it reached the courtroom, his case file had been lost and an incomplete duplicate was created. An inexperienced prosecutor saw that the defendant received a court notice but didn’t show. Failing to appear in court is a crime, so the prosecutor asked the judge to issue an arrest warrant.

In this case, the judge realized the mistake and denied the warrant request. There’s no way to track how often this is happening as the state’s busiest court returns to mostly in-person proceedings some 16 months after COVID effectively closed the court last year.

Ingrid Geiser, the first assistant in the Jefferson County Attorney’s office, said the mistaken warrant request came amid a “perfect storm” of mishaps in that particular case.

“With the volume of cases we handle occasionally there is going to be a mistake,” Geiser said. “But it’s not routine.”

The busy district court is plagued by confusion and setbacks as it struggles to return to some semblance of normal post-COVID, according to judges, attorneys and court officials.

Beginning last week, in-person attendance in Jefferson County District Court is required for everyone charged with a criminal offense except those facing traffic violations. But some people aren’t getting told when to come to court, and some attorneys say their clients are getting a notice to attend court after the actual court date has passed.

Yet now, there’s no guarantee a person will see a judge even if they do show up to court. Large dockets and newly imposed time restrictions in criminal courtrooms have led to hundreds of cases being rescheduled since last week.

Minor hiccups can have long-ranging consequences for the people affected. A charge of failing to appear in a court is a serious offense that can result in arrest or a suspended driver’s license.

“It’s a debacle,” said District Court Judge Stephanie Pearce Burke. “And that doesn’t do it justice.”

When the court effectively closed last March, most proceedings were handled virtually by allowing people to call-in or appear via a screen. In May 2021, court officials ordered the courts across the state to open, but continued to allow virtual proceedings while clerks worked in-person throughout the pandemic.

“I think some people were proud to say we stayed open, that the administration of justice continued,” said Kevin Smalley, the Jefferson Circuit Court Clerk chief deputy.

But as the pandemic slowed the court system, cases began piling up. The district court’s case backlog peaked at nearly 30,000 cases last August. More than 19,000 cases were still pending by early July — 5,700 of which hadn’t yet been added to any dockets for a review, according to data provided by the Administrative Office of the Courts. The clerk’s office, which serves as custodian for records in district, circuit and family courts, is currently down 12% of their staff.

David Nicholson, the elected Jefferson Circuit Court Clerk, was not available for an interview for this story. Nicholson announced his intent to run for mayor earlier this month.

It’s the court clerk’s office’s job to mail out notices for court hearings, but Smalley said the office doesn’t track how often it fails to alert someone of a court date.

“Fortunately, that’s few and far between,” he said. “Those records should be in those files every single time.”

If they’re not, Smalley said, it’s up to the prosecutors, judges and defense counsel to review and make a decision.

But Geiser, with the Jefferson County Attorney’s office, said prosecutors are busy and have little time to research a case to ensure people were alerted of a court date.

The Jefferson County Attorney, which prosecutes cases in district court, lost 28% of its criminal division prosecutors in the last year.

If a notice is in the file and a person isn’t in court — regardless of whether a person received the notice — Geiser says the prosecutor has the discretion to ask a judge to issue an arrest warrant.

Prosecutors have been more lenient about requesting a bench warrant during the pandemic when someone doesn’t show up for court, Geiser said. Still, hundreds of such warrants are approved each month — with more than 8,200 issued between January and June, according to data provided by the Jefferson Circuit Court Clerk.

Large courts across the country are also dealing with case backlogs and staffing shortages, said Bill Raftery, an analyst with the National Center for State Courts. And as courts begin to dig out from the last year, mistakes are likely being made, he said.

“That’s hard for people to hear, but it’s true,” he said. “We’ve never seen anything like this.”

Keith Kamenish, a longtime defense attorney and former prosecutor, said people deserve to be notified of their court date — and they shouldn’t be penalized if the court makes a mistake.

“No matter how perfect we try to make the system, it never is,” he said.

Resolution Delayed After No Notice

Even when a bench warrant isn’t issued, missing court or having a date rescheduled can have an emotional or financial toll on the people caught in the system.

Chyna Griffin has had more than 20 court dates since she was cited for having no insurance after a 2015 car accident. No one was hurt in the wreck, but the judge ordered her to pay $1,200 in restitution, and she struggled to make the payments.

But she’d finally settled the bill, and she was looking forward to one final hearing and feeling the weight lift from her shoulders. She paid a neighbor $40 in March to borrow a car so she could drive from her home in Frankfort to the courthouse to get her final hearing on the docket.

But no one told her it happened. When a judge called the case, Griffin wasn’t there.

“I was excited,” she said. “I did my job, it may have taken a lot of time but by the grace of God it got done… I want to get this matter resolved.”

Griffin didn’t have an attorney representing her any longer, so she was on her own. Private attorneys say the onus has shifted to them to make sure they’re proactively checking case dockets.

Casey McCall, a local defense attorney, said he’s received court notices for clients that have come after a court date has passed.

“I’ve got dozens if not hundreds of cases with people that call me every couple of weeks asking when their case is going to be put back on,” he said. “It’s just frustrating.”

Karen Faulkner, another attorney, says clerks have failed to issue a notice to either her or her clients in about half of her cases in district court. When notices are issued, they’re often sent to former addresses, she said.

District Court Chief Judge Annette Karem said no one expected the court to run smoothly during the first week of in-person hearings and a new schedule.

“Obviously, there were unexpected issues,” she said.

The four courtrooms for felony and misdemeanor case review end at noon under a new schedule designed by Karem, even though there was no designated cutoff before the pandemic. Traffic cases are reviewed after lunch.

If a criminal case isn’t called before it’s time for traffic court, a new court date is most likely set, and the person is ordered to return another day.

In an emailed statement, Karem said the structure divides cases “in a much more manageable manner.”

“As with any new system, time will tell if anticipated efficiencies will be realized,” she said.

Leo Smith, the executive director of the Louisville-Jefferson County Public Defender’s office, would rather not wait to see if the new scheduling system can be turned around.

“The plan should be scrapped immediately or substantially changed,” he said. “This is not the plan that we needed or wanted to see put into place.”

Smith said the number of open courtrooms holding dockets has been cut in half since pre-COVID — the four courtrooms for felony and misdemeanor case review open now are tasked with the work once handled in eight courtrooms.

“It is impossible to have a workable court system in which there are fewer available courts, less time for those courts to be open and functioning, and less holdover space for in-custody clients to be brought into court,” Smith said.

Karem disputed the idea that capacity is lower.

But data maintained by the Administrative Office of the Courts show that, while the backlog is shrinking, the courts have not gotten back to pre-pandemic levels of resolved cases. In June, about 3,500 cases were closed. In the same month of 2019, the courts closed 4,300 cases.

District Judge David Bowles said other judges were not consulted about the new court structure and now that it’s in place courtroom clerks are struggling to process cases from morning dockets before they have to switch gears for afternoon court.

“It has been brutal for my bench clerks,” he said.

And for people stuck in the system, the issues are slowing the wheels of justice, said Ted Shouse, a longtime defense attorney.

Shouse said the pandemic upended the court system, and he likened the current state of the court to the aftermath of a hurricane; the damage is done and now a clean-up begins.

“The dockets are backlogged, the cases are sidetracked,” he said. “But it does feel like we are slowly getting our arms around the problem and slowly cleaning up the mess.”

“It’s a debacle,” said District Court Judge Stephanie Pearce Burke. “And that doesn’t do it justice.”