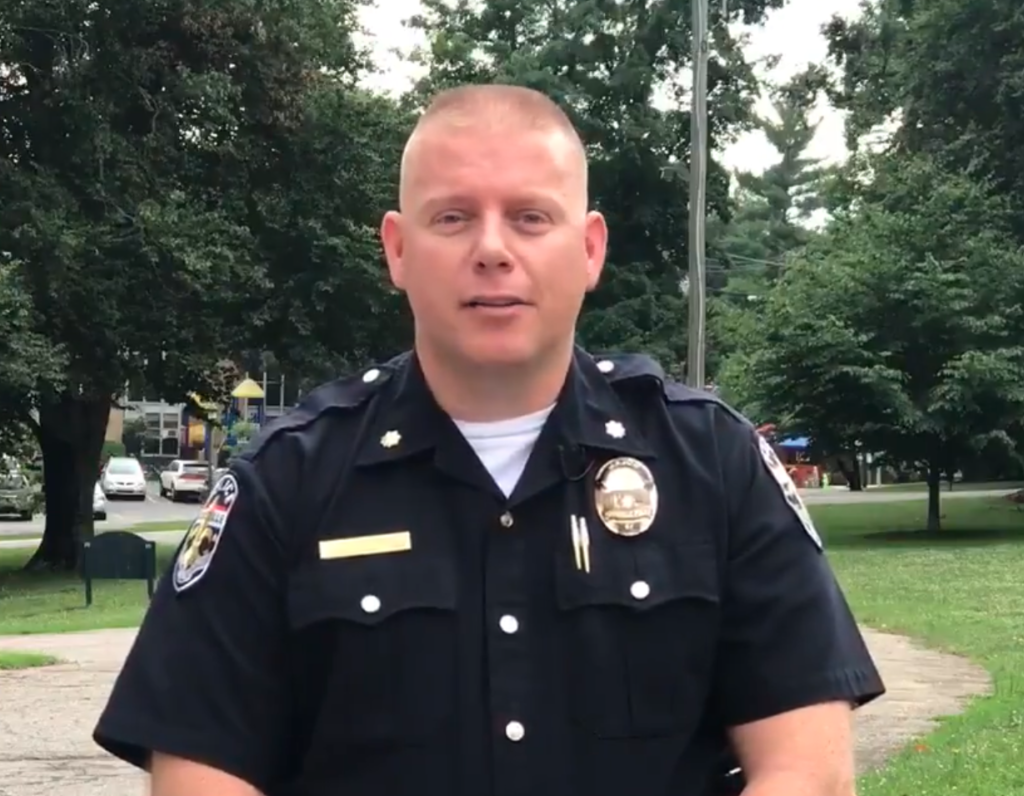 Former LMPD Major Aubrey Gregory was demoted after saying the n-word in front of a group of police recruits, said Chief Erika Shields before a Metro Council committee on Tuesday.

Previously, it had only been public that Gregory used inappropriate and offensive language. The Courier Journal reported last month that no public documents existed detailing what, specifically, had happened. The Metro Government and Oversight Committee invited Shields to testify as a result of that article.

At the meeting, Metro Council President David James was the first to say that Gregory had used the n-word.

“Why would you not say that, so that people understand and that we be transparent?” asked James.

James said that he saw that a spokesperson refuse to divulge what Gregory had said to be demoted.

Shields said that Gregory used the n-word in a “teaching” moment in which he was trying to communicate to LMPD recruits that just because African Americans use the word with each other, that doesn’t mean white people can say it.

“He was trying to make some sort of teaching point, and it just went totally south,” Shields said.

Shields said that after she learned about what Gregory had done, she knew he had to be demoted. She went to Mayor Greg Fischer, who contacted Metro government’s HR director.

When questioned by council member and chair of the oversight committee, Brent Ackerson, about why there was no documentation of the complaint, witnesses or finding of facts, Shields said that for appointed positions, like Gregory’s, there is a different benchmark.

Metro HR Director Ernestine Booth-Henry said that all of the communication about what Gregory had done was verbal so as to expedite the process.

Assistant Metro HR Director Adrian Henderson said that Gregory had admitted what he had done, so no digging needed to be done to uncover the truth.

Ackerson said that he was concerned by the lack of paperwork and transparency to the public.

Gregory, now a lieutenant, plans to resign from his job at the LMPD, according to Shields.