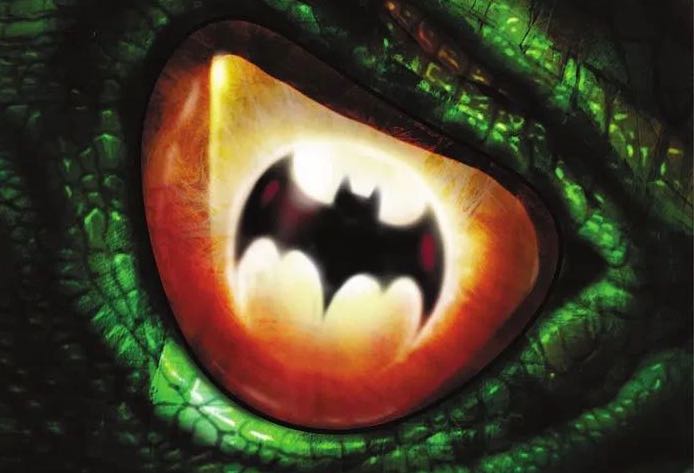 You know how Batman can be a dark character? Well, in “Batman: Reptilian” No. 1 he, as well as Gotham City, is DARK. Garth Ennis is no stranger to dark themes having written “Preacher,” “The Boys,” and a nine year run on “The Punisher.”  Liam Sharp provides art that is literally dark as well as figuratively. Think “Blade Runner” if it was Gotham City, and the characters are backlit in neon.

So we’ve set the scene for a story where a super grim Batman is seeing all his foes taken down in horrific ways. He turns to the seedy bars where the criminals tend to gather to find a witness who survived the massacre. He uses his own scare tactics to persuade the man to return to the insane inner circle of Gotham’s villains to give Batman a chance to save his enemies.

This book is for fans of darkness. This isn’t Adam West’s version of Batman. This is an unlikeable character who is able to be scarier than the Joker in order to get someone to do his bidding. But, in his mind, the mission is what matters. The art is stunning and perfectly compliments Ennis’ six part story. If you’re up for it, dive into this gritty world where there’s a very thin line between the villains and the good guys. 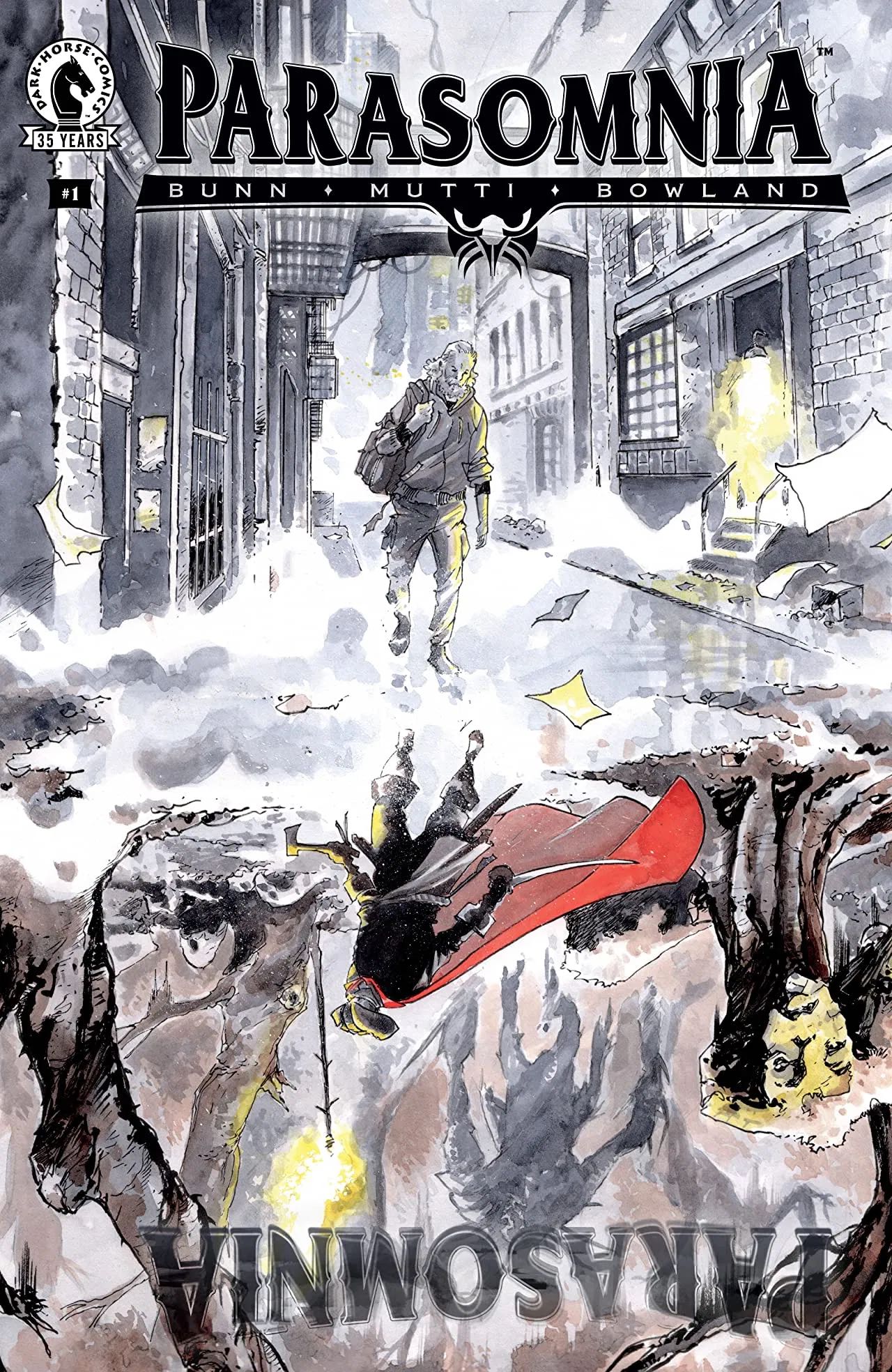 What if the wall between dreams and reality was just a little bit thinner? This question is asked in “Parasomnia,” a new dark fantasy tale from Cullen Bunn (“Harrow County”) and Andrea Mutti (“Port of Earth”).

Parasomnia follows a nameless stranger as he seeks out his missing son in a grim, high fantasy dreamscape. He’ll use any means necessary to find him, even as he’s being hunted down by a faceless Queen who wants him dead. The story is told non-linearly, as it dips in and out of the dream and waking worlds. While the first issue doesn’t give away too many solid details, it does introduce us to both worlds, as well as the nefarious groups that inhabit them. The connection between these two stories appear to be young boys: one missing, one sick.

Something that I really enjoy about “Parasomnia” is the way Mutti’s distinctive style changes for the two worlds: the waking world is far more colorful, while the fantasy dreamscape is darker. While context clues could tell you which story you’re reading, it’s lovely having a more aesthetic distinction.

While issue No. 1 will certainly leave you asking plenty of questions, the set up alone will have you hankering to see how all the pieces of this mystery will come together in the end.