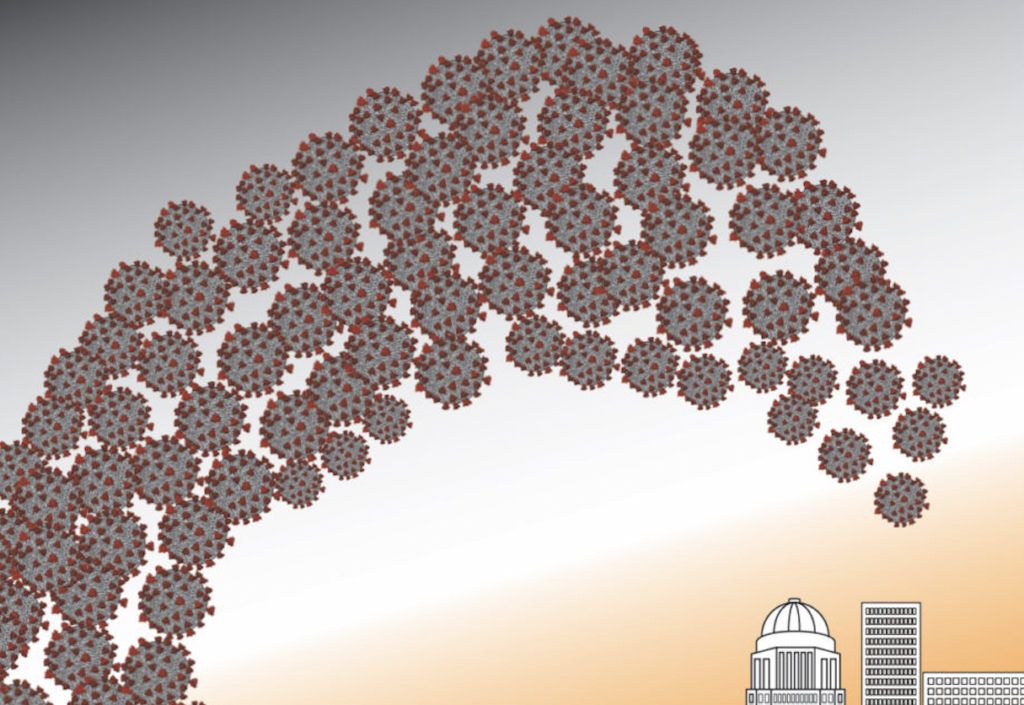 COVID case rates are now as high as they were at this time last year, even with 47.2% of the city being fully vaccinated, and the highly infectious Delta variant is likely to blame, according to Dr. Sarah Moyer, Metro Louisville’s chief health strategist.

Public health officials announced three weeks ago that the Delta variant, which is the most transmissible form of COVID-19 to date, had appeared in Louisville. Last week, 414 cases of COVID in Louisville were reported, which is equivalent to what the city was seeing in May through early July of last year. At the same time, vaccination rates are still lagging for lower income and Black Louisvillians, according to Moyer, and she doesn’t foresee the government going back to mask mandates and other restrictions.

“I think that’s why you’re not going to see widespread government mandates, is COVID is becoming a disease of people of color and the poor,” she said.

In a press conference on Wednesday, Gov. Andy Beshear laid out updated mask recommendations, but none of them were mandates.

Louisville’s hospitals have seen a slight increase in COVID patients, but cases didn’t start going up until last week, and it takes about two weeks for medical facilities to feel the impacts, said Moyer.

Luckily, according to  Moyer, more hospital staff are now vaccinated. Staffing issues were the main source of strain on Louisville’s medical system last year, she said.

There is evidence that the Delta variant may also cause harsher side effects for those who are infected. A Scottish study found that hospitalization rates were about 85% higher for the Delta variant than the B.1.1.7, or Alpha, variant.

Dr. Mark Burns, an infectious disease specialist at UofL Health said he does not expect to see deaths in Louisville reach a higher peak than what we saw last November. But, he does worry about other areas of the state that have lower vaccination rates.

On Wednesday, Beshear said that Kentucky counties with vaccination rates below 40% are especially vulnerable to the Delta variant. There are certain ages that are also more at risk based on vaccination rates. In Kentucky, those ages range from 12 to 49. Vaccination rates for these age groups are all below 51%.

“We have the most aggressive variant we have ever seen in our battle against COVID,” said Beshear.

Even with the rise in cases, vaccinated Louisvillians can go about their daily activities as normal for the most part, said Moyer. But, unvaccinated people should be wearing masks and social distancing like they were last year.

Vaccinated people should maintain caution around those who are unvaccinated by either wearing a mask, maintaining a safe distance or eliminating contact if possible.

Beshear proposed several recommendations for Kentuckians in order to limit the spread of the variant.

Unfortunately, only 55.5% of Louisvillains have received their first dose of the vaccine, with around 47% completing their vaccine series.

Only one zip code in the county has a vaccination rate over 90%, which is what experts predict is needed to prevent the spread of the Delta variant, said Moyer.

At this point, said Moyer, access is not the issue: vaccines are available at almost every pharmacy and doctor’s office in the city, and there are still pop-up, community vaccination events being held throughout Louisville. Instead, she believes lower vaccination rates are due to a longstanding mistrust of the medical system.

People are still getting vaccinated in Louisville, although at a much lower rate than when vaccines first became available.

Last week around 4,500 people were vaccinated in Louisville, compared to 35,000 a week in March.

Moyer hopes that this week, Louisville will see an increase in vaccinations as the city prepares for schools to reopen next month. Unvaccinated children will have to wear masks at Jefferson County Public Schools.

Moyer also expects an increase in vaccinations when the FDA finally fully approves COVID vaccines. But, she doesn’t expect this to happen until the fall.

“A lot of people are really at risk over this next month,” she said.

Burns, with UofL, warns that if people remain unvaccinated, there is a possibility of another deadlier variant emerging.