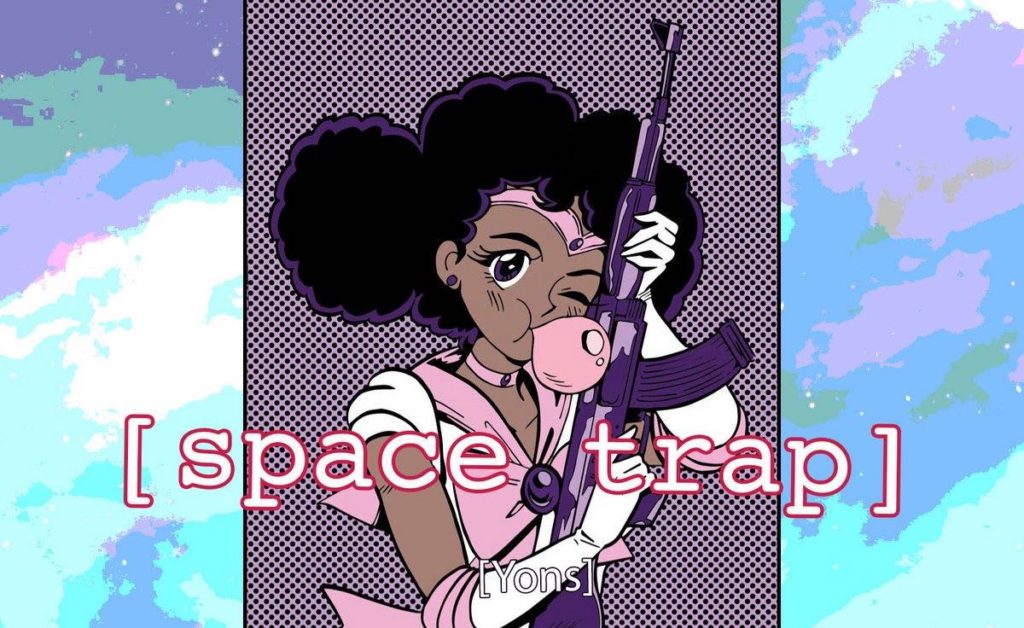 Thrill Me, Lick Me, Fuck Me, Kill Me
Horror punk mutants Prayer Line know how to have a good time, and it’s wholly on their own terms. The music here continues the nightmare metal of their earlier releases, amplified by virtually every conceivable standard. Vocalist/bassist Jake Hellman leans hard into his inspirations, channeling the visceral growl of Rob Zombie with the rock and roll strut of Gene Simmons. To wit, the cover features a long tongue out, hued in deep green and red tones, a fitting image that seems to capture Hellman’s turn at the microphone, devil horns up as he screeches his Satanic Panic-infused drawl into the mic. Phil Olympia, who shares vocal duties and rounds out the guitar, returns to form with his own thrash punk-influenced, southern-fried delivery, half-sung and half-hollered. In both cases, the lyrics are centered on the aforementioned horror, celebrating with heinous glee. From a compositional standpoint, the music on Thrill Me, Lick Me, Fuck Me, Kill Me builds on their previous oeuvre, now emphasizing thick guitars and stacked lead harmony lines. Listen close, and you can hear the slick pinch harmonics of guitarist Jake Miller, as he leans into the schlock and awe of the project. Drummer Trent Combs rounds out the lineup wonderfully, using double kick drum theatrics to propel these tracks in a way that guarantees you’ll have a bangover. This is a catchy album, with plenty of straightforward hooks and the kind of chug-chug parts that would make Dave Mustaine blush. You can check them out on July 17 at Headliners Music Hall for their album release with Stagecoach Inferno and Tyler Lance Walker Gill.

Space Trap Vol. 1
Producer and emcee Yons is an incredible force of creative energy.Throughout his musical catalog you can hear how he’s persevered, persisting in service to his vision. With Space Trap Vol. 1, the emphasis is on trap music and sound production. The EP is a proof of concept for his skills at sound production, meaning that every beat, drum sound, synth or base is something carefully-constructed for this sound kit. An instrumental release, this is somewhat of a change for the artist from before, as Yons would often replicate the sounds that you might have otherwise considered culled from a record or movie himself. Each song clocks in at around two minutes, making it an ideal exhibition of skill. Yons uses sub-bass and trap work as the backbone of each track, leaning into each texture with warbly synths and basslines. His intermittent use of FX to punctuate tracks makes for a sonic onion, a complex maze of sounds and beats that continue to yield new and exciting layers across multiple listens. As usual, Yons shows his talent across multiple genres, whether that’s creating a powerful sample pack or a lo-key summertime banger.