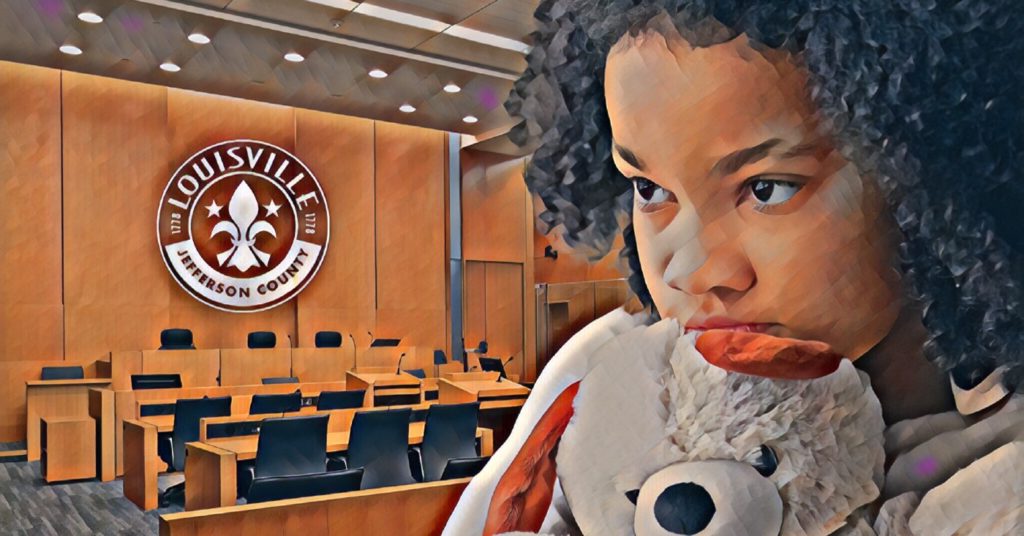 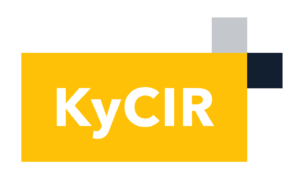 Trinitii Puente became a foster parent because she believes every child deserves to feel loved. It’s a lesson from her grandmother, who grew up in an orphanage and once confessed that she hadn’t felt loved until she was in her 70s.

Puente, a 49-year-old in Grayson County, has fostered a dozen children and adopted eight over more than a decade. Every child is unique, and so are their legal cases. Puente first attended her foster children’s court hearings in 2018, when Kentucky passed a law affording more participation for foster parents in court. She was aghast as decisions were made that she thought reflected basic misunderstandings of the cases of two boys she was fostering.

In Puente’s view, no one seemed to be advocating for the children themselves — not even their legal advocate known as a guardian ad litem, or GAL.

According to state law, GALs are lawyers who fairly and neutrally “advocate for the client’s best interest” so a judge can make informed decisions about the child’s welfare. But Puente said the GAL, a local attorney appointed by the judge, never met or spoke with her and the kids.

“He only knew what the social worker was reporting,” she said of the attorney, who has since died. “How can you advocate for the best interest of the child if you’ve never met them?”

Absentee GALs are a chronic issue across the state, according to interviews with foster parents, policymakers, advocates, biological parents, and guardians ad litem themselves. State law dictates that GALs are paid a flat rate that many say doesn’t come close to compensating them for their time. Because their work is overseen by local judges, there is no single agency upholding standards.

“We’ve got a system with a perverse incentive: not that the client is appropriately represented but that the judge is happy with your participation in the system,” said state Sen. Chris McDaniel, a Republican from northern Kentucky.

An adoptive parent, McDaniel became interested in reforming the guardian ad litem program when he noticed GALs would sometimes miss his own children’s court hearings. “We have no oversight whatsoever of them,” he added.

GALs who work in family courts are also now to attend at least four hours of training every two years or lose the chance to serve. Many counties have started mandatory trainings, although some worry new requirements will inadvertently create new barriers for would-be advocates in counties with GAL shortages.

Foster parents say the current scheme accelerates their burnout and their grievances against the system, driving away quality caregivers. Even more dire, shortcomings in the GAL apparatus can leave children without an advocate in court decisions that shape their futures.

“It’s traumatic,” said Emma Rose Lyons, a Louisville foster parent whose foster children were shuffled between GALs she described as ineffectual. “The GAL is supposed to care. But it felt like nobody cared about them.”

Lot of work for the money

In Kentucky, guardians ad litem represent children in cases that, among other matters, involve dependency, neglect and abuse; termination of parental rights; and adoption. GALs typically operate outside the public eye, since juvenile cases are confidential.

The GAL is supposed to have conversations with the child, their foster parents, family members, school staff, social workers, and the attorneys for the biological parents. They’re also to consult with medical records, school reports, and social worker evaluations. Then they appear before a judge as an unbiased advocate for the child’s interests.

By law, GALs reimbursed by the state are paid a maximum of only $500 per case and only $250 in district court cases involving dependency, abuse, and neglect — a flat fee, whether the case lasts a few months or more than a decade.

“It’s not enough, if you want people to do real work on the case,” said Beverly “Boo” Shea, a Richmond-based lawyer and guardian ad litem with the Appalachian Research and Defense Fund of Kentucky. “With the pay schedule we have here, you’re going to get somebody who is either very dedicated to the work or somebody who doesn’t care.”

Shea previously worked as a GAL in Hawaii, where lawyers can make up to $3,000 before court disposition and up to $1,000 afterward. The judge also has discretion there to pay even more if warranted.

In Kentucky, the maximum payment for GAL work hasn’t been increased in more than 20 years, and it’s the same no matter how many children there are in a case. In some rural counties, the court relies on a few attorneys. Although the legal profession in general continues to be male-dominated, Kentucky’s GALs are predominantly female.

As the number of children in foster care has increased, the cost to taxpayers of Kentucky’s GAL reimbursements has risen too, according to a 2019 audit from the Finance and Administration Cabinet.

Until recently, the state data didn’t differentiate between GALs and court-appointed attorneys for adults. Between 2010 and 2018, state spending on both categories of fees rose about 30%, according to the audit.

In 2020, the state paid a total of $4.8 million to GALs, according to a list of invoices obtained by KyCIR. Only a handful of GALs in Kentucky bill enough to earn a living off this work alone. The median number of billings per attorney was 10, worth an average total of $4,720 a year.

The state’s top biller is Kimberly Frost, city attorney in Williamsburg and a former district judge. As a young lawyer, Frost decided to become a GAL because the cases were plentiful, and other lawyers didn’t want to take them. That’s still true, she said, in no small part because of the gap between compensation and the effort needed to do a good job.

“If you work 25 hours, you don’t get to bill every hour you’ve worked…. so a lot of attorneys won’t take juvenile cases,” Frost said. “If I go to court six times, an hour each time — if the fee is $250, you get only $42 per hour. That’s in addition to time talking to social workers, to whoever has custody, to therapists, to doctors, to reviewing documents.”

Frost received $65,550 in 2020 from a total of 135 invoices — nearly all the invoices anyone billed last year in Whitley County and McCreary County.

In both counties, only two or three lawyers serve as GALs for juveniles because the other eligible attorneys pursue “other more lucrative work” or have a conflict of interest, Frost said.

Due to a quirk in Kentucky’s local courts, the same work can bring half the pay in some counties. The law says dependency, neglect, and abuse cases in family court pay $500, while cases in district courts are capped at only $250.

Forty-eight of Kentucky’s 120 counties do not have a family court, according to the Administrative Office of Courts, which means payments in those counties would be capped at $250. Since 2018, district court judges in more than two dozen counties have ruled the statute unconstitutional, bumping those counties into the $500 payments. But some counties are stuck at $250.

Roughly 18% of all dependency, neglect, and abuse cases with GALs in 2020 were in district court, according to state data.

GALs in the headlines

The little known work of guardians ad litem grabbed headlines last year when Dawn Gentry, a Kenton County family court judge, was removed from the bench by the state body that disciplines judges after a lengthy investigation into her misconduct. Much of the impropriety involved GALs, including findings that Gentry hired a woman to a local GAL panel in exchange for political support from her well-connected husband, and that she coerced members of that panel to support her campaign.

To advocates for GAL reform, the case exemplified the systemic pitfalls that make the guardian ad litem program vulnerable to abuse.

State Sen. McDaniel, a Republican from Kenton County, sponsored a bill in 2019 that would create an independent state agency to oversee GAL appointments and services. The bill, which passed the state Senate but died in the House, was meant to address the “wholly inappropriate interdependency” between judges and GALs, McDaniel said.

Since there is no single state agency to oversee appointments and policies, various branches of state and local government work “with little or no coordination,” the 2019 audit said. The critique mirrors problems identified decades earlier in a 1998 report about the lack of coordination in the state’s GAL system.

Kristie Goff, a Pikeville-based attorney with AppalReD Legal Aid, has worked individual cases that lasted more than a decade, from when a child was five until they aged out of the system. Goff thinks the maximum fee is inadequate, and she knows some GALs are phoning in the work. Still, she doubts that new Frankfort-based bureaucracy is the best solution to the problem. Instead, she wants judges to hold them accountable.

“I don’t like the idea about a centralized agency coming in from the outside,” she said. “It’s the judge’s responsibility to oversee the guardians ad litem on their list. If [GALs] are not doing their job, the judge should be holding them accountable.”

Christa Moxon became a licensed foster parent because she felt called by God to care for the vulnerable. She remembers the day when state social workers called and told her there was a baby at the hospital waiting for her as “exciting and crazy.”

The baby was beautiful and just five days old. Her case was complicated. Moxon and her husband, who live in Louisville, asked lots of questions about the baby’s situation, including if and when she might be reunited with her mother. Social workers gave them conflicting answers.

The Moxons figured they’d get more clarity at the court hearings held to discuss the status of the baby child. The foster parents said they were initially told by the social workers not to attend. They attended anyway but were then told they shouldn’t speak. To the Moxons, it appeared no one was advocating for the child herself.

In an interview last year, Nathan Goins, family court liaison for the Administrative Office of the Court’s Department of Family and Juvenile Services, acknowledged that GALs will sometimes “go into autopilot” at the end of a case. But judges want to know what work their GALs are — or are not — performing for their clients, Goins said.

“No judge is like, ‘Oh yeah, my GAL doesn’t talk to the kids, and I’m fine with that,’” Goins said. “If that comes out, they have a stern talking to with the attorney, and they’ll take the attorney off the list.”

That decision, though, is largely at the discretion of an individual judge. Representatives from the AOC recommend that foster parents talk to their state social worker, then the county clerk and then the judge directly if they have questions or concerns about their GAL.

The lack of information goes both ways at times, according to Frost, the GAL in Williamsburg. She said she works directly through the social worker in many cases where she isn’t even provided the foster parent’s name.

State regulations for social workers instruct them to arrange private meetings between the GAL and the child “if requested by the GAL.”

Moxon said she never met with or even heard from her foster child’s GAL; she learned their  name only after pressing social workers for it, three months into the case.

Moxon was so dejected by her experience with state bureaucracy that she’s not certain if she’ll ever foster again.