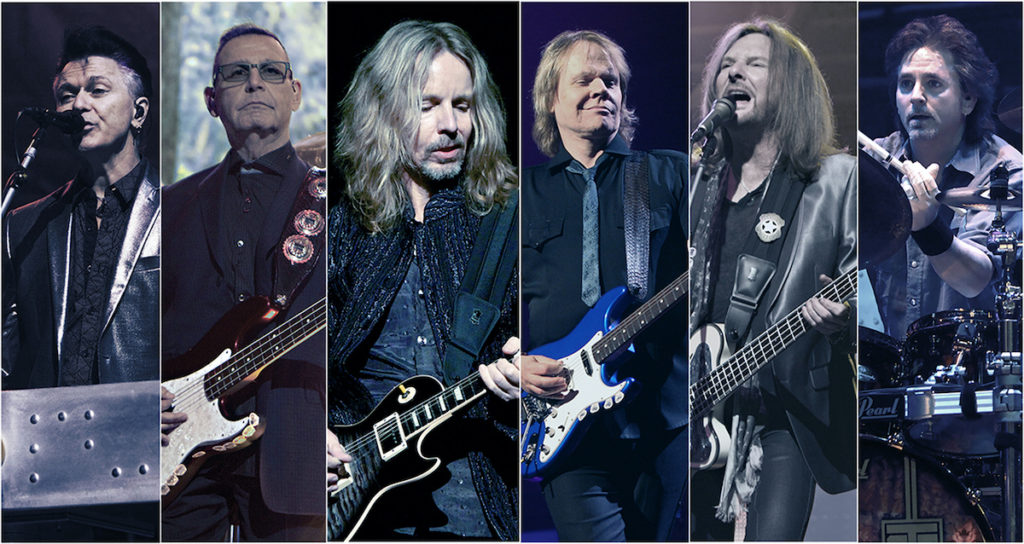 Styx plays Live on the Lawn at Waterfront Park on Tuesday June 22 with Collective Soul. Photo By Jason Powell.

Coming back to the road after a forced hiatus due to COVID, Styx is set to play Louisville’s Waterfront Park on June 22 with Collective Soul. The band has been around longer than most LEO readers, but remains a popular touring act attracting a wide range of fans young and old.

Touring on the release of their 17th studio album, the band is ready to get back to doing what they do best. LEO caught up with bassist Ricky Phillips for a quick Q&A.

LEO: So you’re finally getting back to the road after COVID, how does it feel?

Ricky Phillips: Everybody in the band is excited. We recorded a new record, which is coming out here soon…a couple of singles have already been pre-released and then, you know, we haven’t really seen each other, except for the moments I flew to Nashville to record the new record. I was there for four days with Tommy [Shaw, Styx guitarist] and Will Evankovich, the producer. Todd [Sucherman] did his drums from home in his own home studio.

What should fans expect from the new record Crash of the Crown?

We tried to make all the hit points like the big Styx harmonies, um, the way they’re stacked, the way that the songs are written. The writing of these songs is different in that they’re almost like movements. It’s a big meal, this record. But, I think it’s something that as artists we need to do. I’m proud of Tommy Shaw for kind of spearheading this whole thing and saying, ‘let’s not rest on our laurels.’

How is this year going to be different for the band?

So many things were taken away from people across the country. Ours was the pleasure that we get from performing and, um, the relationships we’ve had over the years with the fans. Certain things you take for granted, and you quit appreciating it. And now, there’s huge appreciation for the gifts that we have and we get as we perform from the other side. It’s the reciprocal thing.

How long have you been with Styx?

I’ll start my 19th year in September. I was in a band called The Babys with John Waite and Jonathan Cain and Tony Brock and Wally Stocker. We toured with Styx in 1979. I met the guys back then. Tommy Shaw and I maintained a friendship. I really didn’t stay in touch with anyone else in the band. When  I was in Bad English, when Jonathan Cain and John Waite and I put together the Bad English with Neal Schon and Deen Castronovo, Tommy was in Damn Yankees. So we had sort of this commonality in our band histories of different eras. Tommy called me, all these years ago and said, ‘Hey, would you feel like putting on the dancing shoes again?’

We haven’t played these songs in a while, so we’re all doing our homework and brushing up on stuff. You’d be surprised. I’ve noticed going through the material on my own, I have… I know what the riff is. I’m good, but I’m thinking, ‘Wait a minute, did I play this down here?’ Actually yesterday, I went in, and on “Grand Illusion,” I couldn’t figure out where I played a line, whether it was up high on the neck, on the lower string, or was lower on the neck, on a higher string. And,  I had to look at… Somebody filmed us someplace and I got to see my hands. I’m like, ‘Oh yeah, that’s what I thought it was.’ But it makes you second guess.

Tommy Shaw made a great statement once — this was probably five or six years ago — he walks on the bus, he looks at us and said, ‘Oh my gosh, it’s good to be back on the road. My charm was wearing thin at home.’ And so we’re a big support group for one another. We get what we do. There’s no explanation necessary. And so it will be a very, very welcome event when we see each other here in about four days.

Styx arrives in Louisville for their Waterfront show on June 22, from 5:30 p.m. to 8:30 p.m. with special guest, Collective Soul. Tickets are available via Ticketmaster through the liveonthelawnlou.com website.