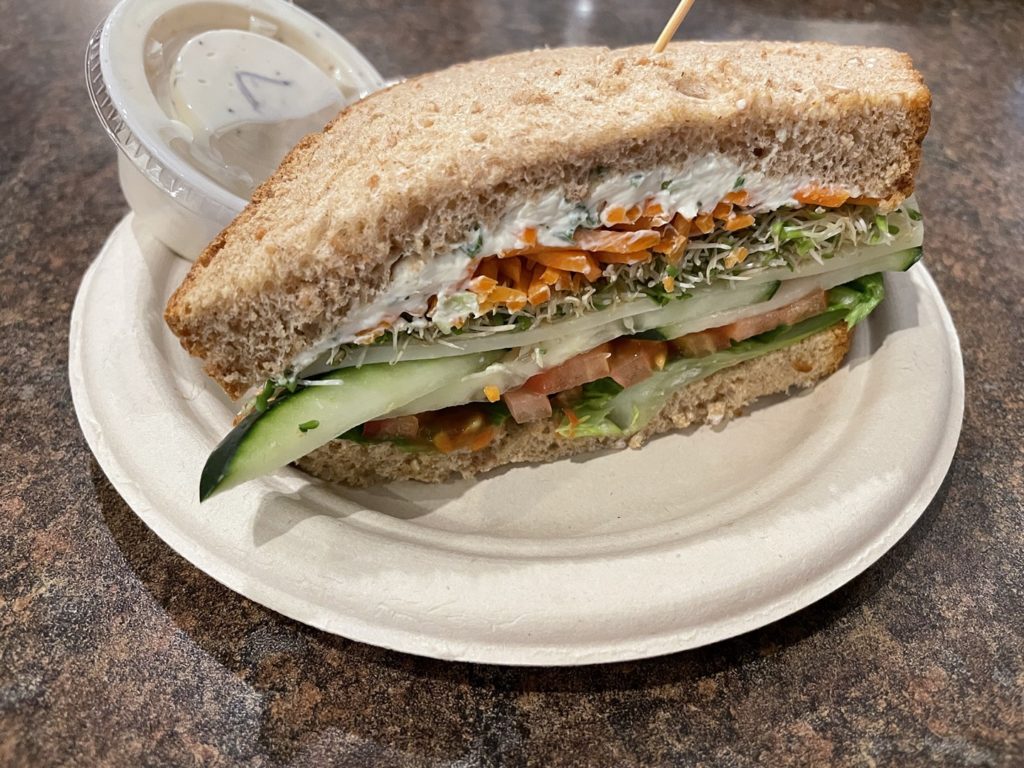 Just about everyone likes a good New York deli, but judging from my mailbox, an awful lot of people around Louisville don’t know where to go to find one. Here’s the bad news: Purists, unfortunately, will have to drive 110 miles to nosh at Shapiro’s Deli in Indianapolis.

But if you’re not a stickler for 100% authenticity and are willing to be satisfied with consistent high quality in New York-ish deli fare with a mix of Jewish and Italian traditions and a distinct Louisville accent, here’s your option: You can’t go wrong with Stevens & Stevens Delicatessen, the popular 30-year-old deli tucked into the back of Ditto’s Restaurant on Bardstown Road.

You can get pastrami or corned beef piled high on house-made wheat or rye here. You can get a Reuben! You can get hefty dill pickle spears. But you can also get ham, a delicacy unlikely to appear at a traditional Jewish deli. You can mix meat and dairy, another kosher no-no. And although you can have your deli sandwich on your choice of rye, wheat, white, french, challah, brioche or ciabatta, I’m afraid you’ll go hungry waiting for a bagel or a bialy here.

Let’s not look on the down side. Stevens & Stevens is one excellent deli. I’m happy to drop in here and get my taste of almost-New York just about any time.

The menu is as extensive, featuring more than 60 deli sandwiches, many named after New York and Hollywood celebs from Henny Youngman, Seinfeld and Spielberg, as well as Dr. Zhivago, Joan of Arc and the Phantom of the Opera! They’re subdivided by contents: corned beef, pastrami, turkey, ham, veggie and cheese, roast beef, chicken and fish, and that’s not even counting dozens of point-and-choose delights in the chilled salad and dessert cases.

Pricing is quite reasonable compared with a Gotham deli, too, with most of the sandwiches ranging in price from $4.25 (for hot grilled cheddar on your choice of bread) to $14.95 (for a couple of heavy-duty Reubens or the decidedly cross-cultural pastrami banh mi).

For an even better deal, do as we did and take advantage of the Pick Two special, which delivers half of a sandwich plus your choice of a soup, salad or pasta dish for just $9.95.

The Woody Allen is a classic New York deli sandwich, peppery beef pastrami on rye. Even the half-order made a big meal. Thin-sliced pastrami was piled high on thick, half-oval slices of light rye studded with caraway seeds; both the pastrami and the crusty, gently-chewy rye are made in house, and made well. The pastrami elevated the beef with woodsmoke and aromatic black pepper flavors and subtler hints of other spice, maybe just a whiff of cloves. It was an estimable pastrami, as good as any we’ve enjoyed in NYC. It was also plain, un-dressed brisket on dry bread; we had to go back and pick up the foil packets of Grey Poupon that we had neglected to request in the line. (If you go, five other pastrami offerings involve more engaging combinations of meats, veggies, and cheese.)

The Mid-City Underground sandwich offered a fabulous meatless alternative. Vegetarian but not vegan, it’s a thoughtfully-designed combination of five veggies and two cheeses — lettuce, tomato, cucumbers, sprouts and carrots, specifically, with sliced Jarlsberg and scallion cream cheese on thick house-made wheat bread with tangy lemon dill mayo in a tub alongside. Now, if you’re an obligate carnivore, you may find the idea of a meatless sandwich boring. But this one is thoughtfully constructed in a tantalizing mix of textures — crunchy, soft, and chewy veggies — lavished with the earthy flavor of the Jarlsberg, fresh dairy and green-onion aromatics of the cream cheese. Tangy herbal notes of the mayo and fresh, clean yeasty-wheaty bread complete the sandwich. It’s like having a flavor orchestra on your plate, and I’d do it again without a second thought.

Our soups on the Pick Two deal were simple and comforting, served in lightweight plastic-foam bowls with undersize plastic teaspoons.

A chess bar from the dessert case ($1.50) made a tasty take-home dessert. A crunchy crust was topped with a three-fourths inch of sweet and eggy chess filling and drizzled with dark chocolate. If we had eaten it in the store, we probably would have grabbed seconds or thirds.