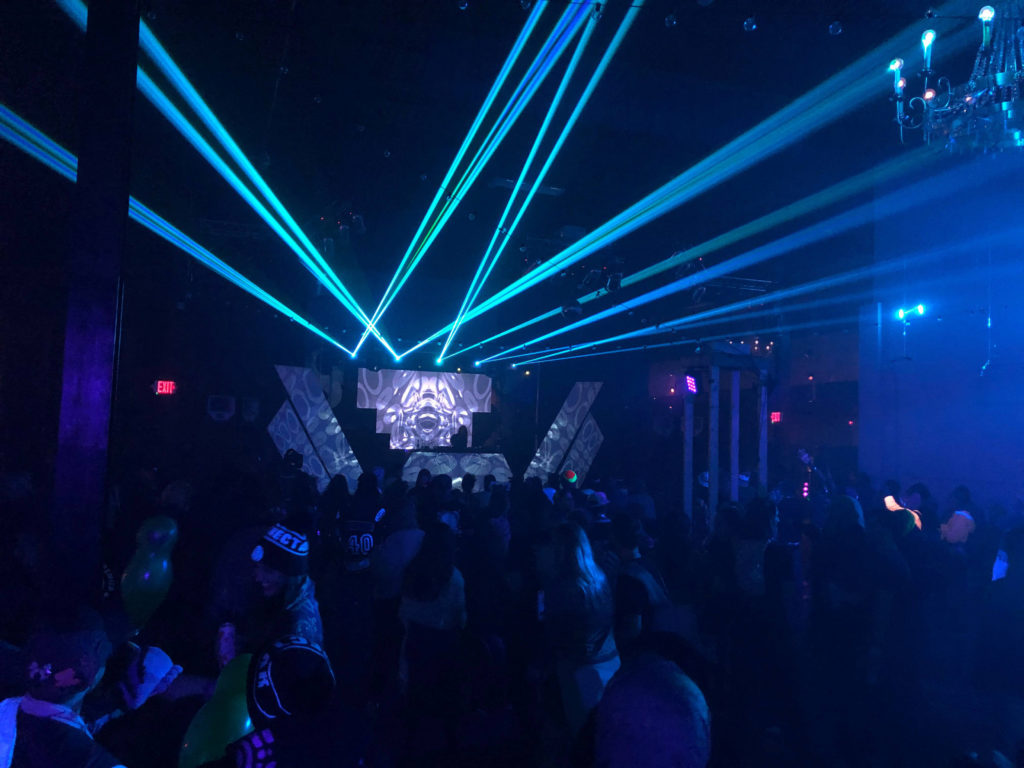 Radio Arcane and Art Sanctuary are rebranding their dark dance parties as Dead of Night. The first of which is this Saturday night along with the Dark Market.

Shahn Rigsby is an events coordinator board member of Art Sanctuary. The group — particularly Rigsby — has always held a special place for the darker side of local arts. Rigsby, who DJs and performs under the moniker Motuvius Rex, along with Radio Arcane, will be presenting Dead of Night with the Dark Market on Saturday, July 3. This will be the first in-person dance event hosted in the Art Sanctuary space since COVID. Both Rigsby and his Radio Arcane crew called “Dark Music Specialists” couldn’t be more excited.

“Radio Arcane is branded as dark eclectic music, which is like gothic,” said Rigsby.  “[It’s] post-punk dark wave. It’s new wave, some synth wave, all the waves, basically. The Dead of Night event is branded as a dark dance event, and we have DJs.”

So as Rigsby said, “all the waves.”

The previous Radio Arcane events also included live music, but for this first venture into the newly-minted Dead of Night event, there won’t be any live acts but plenty of DJs and other goth fun to be had.

The event will take place in Art Sanctuary’s 10,000-square foot venue, with the dance party streaming live on Twitch. Since the pandemic, Art Sanctuary has hosted its Late for Dinner series with bands playing live to the group’s YouTube channel. Through those events, they figured out how to present a live show with full lighting and effects via the internet. The Dead of Night event will utilize those same skills learned during Late for Dinner. So participants and anyone who views the stream should expect a quality production.

The Dark Market, which will be part of the event, is going to be a bigger market than past installments with more than 20 vendors. Like Dead of Night, the event will be hosted under the Radio Arcane/Art Sanctuary brand.

“We actually purchased it from [artists] Tony and Jayden Dixon. They ran it for years and they got burnt out on it and were too busy to mess with it. They asked us if we were interested. So we just bought it with the licensing, branding and all that.”

Partygoers will have a chance to shop the Dark Market but also have a chance to get their tarot read by “The Wonderful Witch of the ‘Ville” Lady Vanessa and get a henna tattoo by henna artist JessiKay. The market will also feature vendors such as Magpie, who is artist Melissa Noseworthy, and the Napping Raven, who is artist Cricket Bidwell.

With all of the happenings of the evening, Dead of Night attendees will need good libations and food. Art Sanctuary features a full bar and will have The Limbo food truck available for munching.

The stream will be available to watch via the Radio Arcane Twitch channel: twitch.tv/radio_arcane_tv.