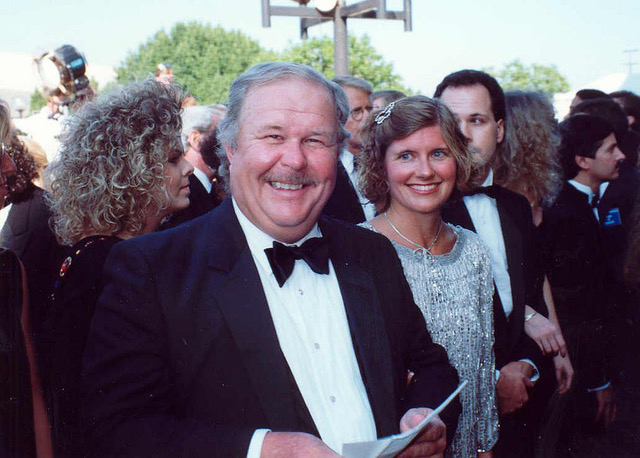 Actor Ned Beatty was born in Louisville, Kentucky in 1937. He passed away this week aged 83. | Photo by Alan Light.

Louisville mourns the death of one of its favorite sons. Actor Ned Beatty passed away this past weekend at the age of 83. Born in Louisville on July 6, 1937, Beatty began his career with a role in the iconic film, “Deliverance.” Beatty seemed to work nonstop during his years as an actor, appearing in more than 160 films including the aforementioned “Deliverance,” but also “Superman,” “All the President’s Men” and “Network.” He also worked on many television series including appearances in episodes of “The Waltons,” “Kojak” and “Roseanne.” In 2005, Beatty worked with (developer, movie and music producer) Gill Holland on “Sweet Land,” a movie about Norwegian immigrants in Minnesota. Beatty felt close to the project because his wife was Norwegian. Gill Holland reached out to LEO to share memories of working with Beatty.

“I was so lucky to be able to work with Ned on two films ‘Spring Forward’ and ‘Sweet Land,’” he said.  “Since both were by first time directors, Ned was far and away the most experienced and accomplished person on our sets. And, what a great mentor he was, not just to the younger actors but also the directors and us indie producers.”

“He was super generous with all his talents and just fun to be around. I got to go to Norway for the Haugesund Film Festival with him. Since his wife is Norwegian, and since our film ‘Sweet Land’ centred around a Norwegian immigrant in Minnesota, he couldn’t say no to doing it with us! When he arrived, he decided to donate his salary back to the film saying he could obviously see we were such a low budget indie that we needed the money more than he did and then they decided to save the hotel money we had allocated by staying in their RV at the local campground.”

Beatty received two Emmy nominations, an Academy Award and Golden Globe nomination. He was awarded a Drama Desk Award for his role in the theater production of “Cat on a Hot Tin Roof” in 2004.

Beatty married four times and fathered eight children. He was 83 years old at the time of his death on Sunday, June 13.

New Directors at the Speed and Fund for the Arts

Both the Fund for the Arts and the Speed Museum have announced incoming directors. The Fund for the Arts has announced their new director will be Andre Kimo Stone Guess. Guess is a native of Louisville and has worked with the Lincoln Foundation in New York City serving as vice president and producer of jazz at Lincoln Center and served as president and CEO of August Wilson Center for African American Culture in Pittsburgh. He will take the helm as Christine Boone departs her role at the Fund to work as a strategic consultant with her organization, The Boone Group.

The Speed Museum announced its new director this week. Taking over for the departing Stephen Reily, the Speed has chosen Raphaela Platow. Platow comes to Louisville from her role as the Alice & Harris Weston Director of the Contemporary Arts Center (CAC) in Cincinnati. She’s been in that role since 2007. She will move into the Speed director position in August of this year.