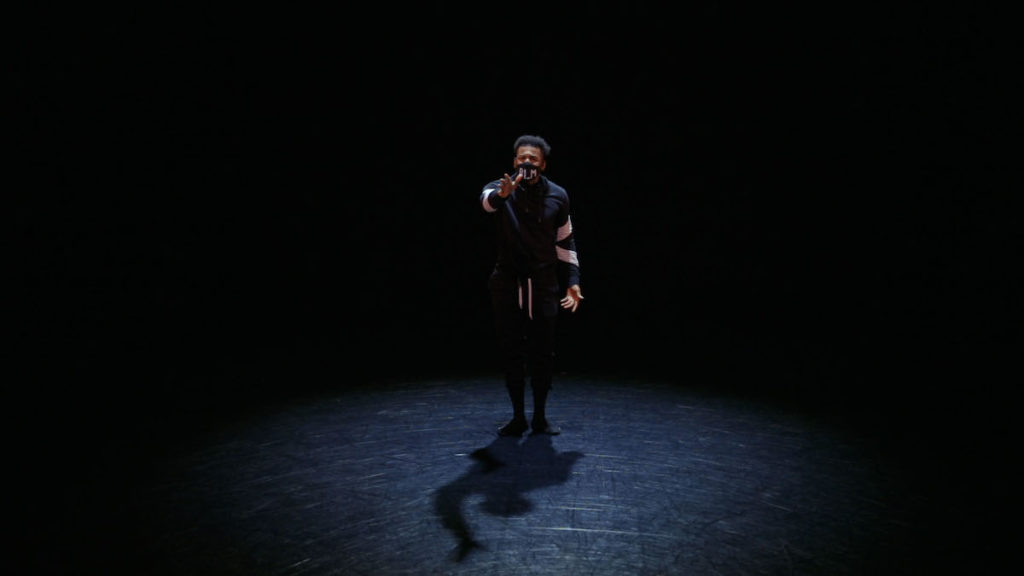 As the arts grapple with overcoming the last year, with COVID closing the stages, they are also trying to find new voices to move their forms forward. With the Louisville Ballet’s signature choreographer’s showcase event — now known as #ChorShow — the five artists chosen to create new ballet works are looking at themes and stories that span an array of the human condition. These stories look at isolation, love, anxiety, racism and reconnection through the art of movement.

Director Robert Curran said, in the press release, “The themes explored, and the proximity to the dancers, are what always make ChorShow so special. Filming these works gives the viewer an even closer seat and captures dance in a way that brings the audience along for the full experience.”

This year, as the stages remain closed for live audiences, the ballet worked with Kertis Creative to film all of the dances and create an opportunity for #ChorShow to be seen over more nights and by more people through the digital platform.

#ChorShow will showcase works by guest choreographer Danielle Rowe who is based in San Francisco, as well as four debut works by Louisville Ballet artists including Justin Michael Hogan, Natalie Orms, Brandon Ragland and Sanjay Saverimuttu. Several of these include collaborations with local musicians, spoken word and theater artists.

One of the pieces, “The Movement,” by Sanjay Saverimuttu, who worked with playwright Allie Fireel and Cris Eli Blak, explores the themes of queer friendships. Saverimuttu felt that this was a topic that had yet to be truly explored in dance.

“I really wanted to explore, like, the complexity of queer friendships and chosen family and how those can be really  life-sustaining for  queer individuals,” said Saverimuttu. “Especially those who have been kind of disowned from their biological families or even those who are just trying to find community and support for one another but can’t necessarily get that from people who haven’t had shared experiences such as themselves.”

Writer Ali Fireel was excited about the chance to work with Saverimuttu since they previously collaborated together. Fireel loved the idea of discussing queer friendships including how racism, and other forms of discrimination, affected these relationships and the wider queer community.

“We knew that both of those things needed to be addressed and brought forward a little bit more in the piece, and yeah, we continued to shape it. We continued to look at how the characters were and would interact,” said Fireel.

Dancer Brandon Ragland choreographed the piece, “I Am.” For his piece, he wanted to dive into the feelings and discomfort of being Black in white spaces. Knowing that the piece would be presented in a digital, filmed format, he wanted to take full advantage of the medium.

“I want it to have a longer lifespan outside of choreographer’s showcase,” said Ragland.  “And, as a digital piece, I wanted it to be incorporated in schools somehow. How can we expand it into some parts of education, but then also on another level, how can I expand this piece to incorporate, like, actual dancers of color, like classical ballet dancers of color, because, you know, I love my little ballet family. You know, I told Robert this as well, and I’ve been very open about the fact that while, you know, it is a great place to be, we do struggle with having dancers of color, particularly African American female ballerinas.”

As he was developing his piece, he decided to include the voices of three local spoken word and performance artists, Hannah L. Drake, Lance G. Newman II and Isiah Fish. He also decided to apply for the Fund for the Arts ArtsMatch grant and was awarded a nomination. The ArtsMatch grant gives artists a chance to raise part of their funding and receive matching funds.

Ragland says the inspiration for his piece came last year when the protests began and, though he attended a couple of protests events, he never quite found his rhythm in that space partially due to COVID but also because he wanted to do something that spoke with his creativity.

“I felt stuck. I didn’t know how to communicate what I was feeling,” said Ragland. “I wasn’t quite comfortable with being out and about, and all the protests were happening. While I went down there once, maybe twice, I didn’t…I still felt, um, like I wasn’t speaking from my space authentically. So how was I going to use my creative voice to talk about what was going on? So it started out with me reaching out to friends and other artists. I just prompted my friends with, ‘I want you to record a video and of you saying, I am blank, whatever you, whatever comes to mind…’”

He used those videos as the basis for the piece and created a series of movements at home inspired by them.

#ChorShow spans many themes and emotions and provides something for all audience members. For fans of ballet who enjoy seeing the art pushed forward and in new, experimental ways, #ChorShow is the perfect opportunity.

This year’s #ChorShow event streams from May 19–June 30. Tickets are $35 via the Louisville Ballet website.