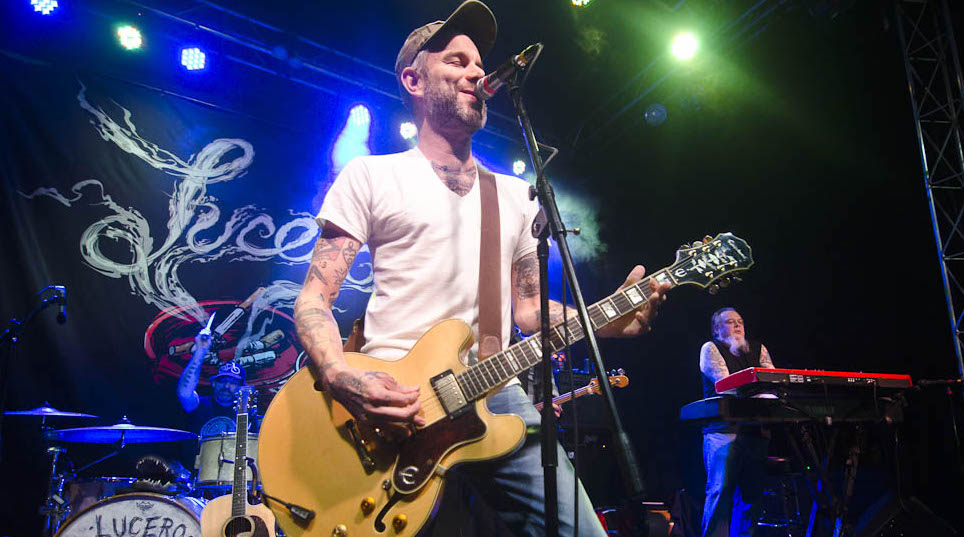 On May 14, Headliners Music Hall owners Billy Hardison and Joe Argabrite stood on a stage in the venue’s parking lot, thanking the audience for their continued support through the pandemic. It was the first show at Headliners in more than a year. Sure, it wasn’t held indoors, like during normal times, but they pulled off a sold-out outdoor concert. And they couldn’t have asked for a better night — it was clear and relatively cool, as Quiet Hollers’ blend of sharp, experimental alt-county and visceral rock boomed throughout the parking lot. Since then, Headliners has pulled off several more outdoor shows, and a welcome-back indoor show will be held this Friday, June 18, with a decently healthy schedule moving forward.

A quick glance at the live music industry, and it currently seems to be nothing but acceleration and optimism, with concerts returning, tours being announced and full-capacity shows right around the corner.

But, during the most intense part of the pandemic, many independent venue owners and operators went into debt, and now, as booking ramps up, they feel the weight of the risks they’re taking, especially since the majority of the venues have yet to see their portion of the more than $16 billion the federal government allocated for them via the Save Our Stages Act, which passed in December of 2020. The first round of the money, which has been handled through a grant program by the Small Business Administration, was supposed to be released on June 9, but that deadline was missed, affecting more than 4,900 venues across the country who were on the top priority list, meaning each lost more than 90% of revenue due to COVID. Last week, multiple coalitions representing independent venues called on the SBA to release the funds immediately. On deadline day, only 90 of the venues had received money. As of Tuesday, around 1,000 grants have been approved.

Headliners, which has no kitchen, and is only open for concerts, was hit incredibly hard by the pandemic, with ownership even having to sell the building to the Live Venue Recovery Fund, which is ran by a real estate and property management company based out of North Carolina. Headliners has yet to see any money.

“I think our frustration comes in the inability to effectively plan for the future without this relief coming in,” Argabrite said.

“The entire industry is affected by it, all the way down the chain, I believe,” he continued. “So, for us to be able to book for October, November, December of this year confidently, it has to be happening a month ago. Which we are, we are moving forward. We’re not dead yet. We don’t plan to. But it does make it very, very difficult to understand what your future might bring with all of it. And, again, our focus is really to keep our staff employed at this point with a living wage. What the trickle down of this is, is tens of thousands of staff and employees that support this industry, it rolls down to them at the end of the day.”

There’s a letter circulating U.S. Congress that will be sent to the SBA this week, asking for answers.

“The SBA has been given an enormous responsibility, starting with the Cares Act from last year and the PPP program,” said U.S. Rep. John Yarmuth, D-Louisville. “The SBA, like every other agency under the Trump administration, was under-resourced. They never filled vacancies. They basically hollowed out all of the agencies. They put this huge burden on them. And, even now, one of their problems is, is that they’re still processing millions of forgiveness applications under PPP.”

While Yarmuth, who is also LEO’s founder, feels sympathy for the SBA, he said that he and other politicians have been putting pressure on the agency to get the money to people in a timely manner.

“We’ve worn the phone out calling the SBA,” he said. “It’s not like they’ve not been made aware of the plight of our small business constituents. They have. I’d suspect that just about every member of Congress has called SBA.”

Since March of 2020, independent venues have scrapped to stay alive, and it would be a travesty for the survivors to start fading away now.

“Now that there’s light at the end of the tunnel, we don’t want them to be closing right when they have a chance to get back up and do well,” Yarmuth said.

A Long And Bumpy Road

When COVID-19 swept in last spring, the live music industry came to a screeching halt. Early on in the pandemic, the federal government established the Paycheck Protection Program, or PPP, a forgivable loan for businesses. The point of the program was not only to float businesses during the crisis, but also to keep workers employed, so the catch of PPP was that to become forgivable, 60% of each loan had to be used on payroll costs. That made sense in a lot of industries, and undoubtably saved countless people from becoming unemployed, but the live music industry was in a bit of a blindspot for the program, because, with COVID restrictions, there could be no concerts, and without concerts, there was no work. Without bands on stages, a lot of bartenders, sound techs and security staff were better off on unemployment.

In May of 2020, independent venues around the nations banded together to form the National Independent Venue Association, or NIVA, which was able to secure some money from ticketing companies. The group then hired a Washington, D.C. lobbying ﬁrm to help get their concerns in front of the country’s most powerful politicians. In July of 2020, the Save Our Stages Act was introduced into a then Republican-controlled Senate by bipartisan sponsors — Sen. John Cornyn, R-Texas, and Sen. Amy Klobuchar, D-Minnesota. More than 200 members of Congress signed on as co-sponsors. That December, the Save Our Stages Act was included in a $900 billion federal stimulus package. Venues were happy. Things seemed to be trending up.The Shuttered Venue Operators Grant (SVOG) program was established, with the SBA in charge of distribution. The program was supposed to be open for applications on April 8, 2021, but the application portal was shut down and delayed until April 26 because of technical difficulties.

Now, months later, most venues have yet to see any money, and the SBA blowing the deadline for the first round of money distribution has angered NIVA and many indie venues. They say there are experiencing a drain of talent and are just trying to hang on, without adequately being able to book shows and forecast for the future.

“We couldn’t be more grateful that Congress saw fit to provide $16 billion to Save Our Stages, but this untenable wait for the emergency relief has been torturous and damaging to our industry, our employees, and our communities,” NIVA Executive Director Rev. Moose said in a statement. “With the changes made by the White House and our Congressional Champions, we are hopeful that the SBA will award the grant funds without any further delay.”

This week, a draft of a letter that will be sent to the SBA is circulating around the U.S. Congress. As of press, that letter currently poses four questions to the SBA, asking for an update on the timeline of funds being released, for them to give a briefing to the venues and whether or not they need more resources to complete the task.

It also stresses urgency. One paragraph reads, “The slow pace is becoming increasingly untenable for the small businesses in our districts. Their banks have threatened to call in the full amount of small business loans, they do not have the funds to pay their landlords full rent, and they cannot retain staff. We are hearing from venue operators who are days away from closing their doors if these funds are not sent soon. These small businesses not only provide good jobs and contribute economically to our local communities, they contribute to the spirit and local culture as well. We must act now.”

Rep. Yarmuth, who was a co-sponsor of the Save Our Stages Act, said that the letter is meant to sort out the murky situation: “It asks a lot of questions to try to get clarification, so basically we can tell our constituents what the situation is — be very transparent and detailed in our explanations.”

While it’s been almost a half a year since the Save Our Stages Act has been passed, Yarmuth said that something of this magnitude usually takes time, poses many challenges and can have bumps in the road.

“I think the mistake that we all made collectively in Congress was not to establishment the right expectations, because we don’t draft a program and say here’s how it’s supposed to be implemented — step 1,2,3,4,5,6,7,” he said. “That’s not how Congress works. It says SBA will establish the procedures and the guidances and the applications and all of those things. And that takes a while.”

Mark Evans, whose company Land Line Presents books shows at Zanzabar and at other venues in Louisville, said that the Save Our Stages Act was a jolt of energy for the industry initially, but the process since has been daunting.

As shows are starting to become possible again, Evans said that the industry is able to start making money, but that lingering stimulus is still the key to the immediate future for indie venues — although he’s growing more skeptical.

“I’ll believe it when I see it I guess,” he said. “Thankfully we’re able to start recovering organically, but the fact that we weren’t able to operate for over a year, we’ll never be able to recover from that.”

Evans understands that the SBA has been given an overwhelming task, but he believes the problem is that indie music venues weren’t treated as a priority by the government.

The nonprofit Art Sanctuaury held its grand reopening event on June 4, which featured several bands. The venue holds artists studios, but also features a large event space used for concerts, events and private gatherings. Art Sanctuaury was extremely safe during COVID and reopened later than most, but now that they’re back up and running, the venue needs that stimulus boost to steer back onto an optimal course moving forward.

“We have a lot of plans and lists and things that we want to do, and we’re just at a standstill, kind of waiting until we know something about this grant,” Art Sanctuary President Lisa Frye said.

Art Sanctuaury plans to use its portion of the money for maintenance, payroll and event capital, but the current uncertainty is taxing.

“I just check it every single day — sometimes more than once. None of us know if we’re actually getting any of this money,” Frye said. “It would help so much if we did. We’re just hoping that we get something. And that we hear about it soon.” •