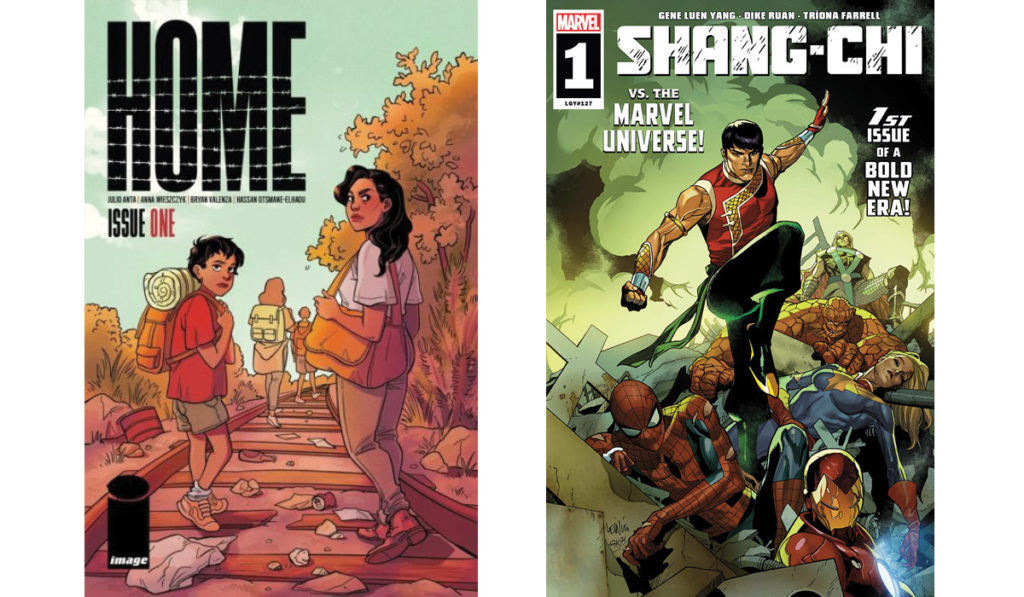 Most people probably don’t realize it, but comics don’t just tell stories about superheroes. “Home” is a timely story, firmly based in the sad reality of people fleeing their home country for what they believe will be safety and opportunity in America. Mercedes Gomez and her young son Juan are from Guatemala. Juan’s father was murdered by gangs in their town, and now they have their eyes set on Juan. You think you know where this story is headed, assuming you watch the nightly news.  And, it does go there, but it takes an unexpected turn.

Mercedes believes she can ask for asylum as she has family and a job waiting for her already. But, when she and Juan are separated from one another, she is surprised and devastated. She was unaware of the political issues surrounding migrants at the border now. Juan is frightened and upset as he is taken to stay with the other children in the same situation. But Juan is not like the other boys. In issue No. 2 Mercedes thinks back to a conversation with Juan’s grandmother. She tells her that Juan’s father had strange powers, and even those couldn’t save him from the violence there. Here is where this very real story takes a turn into the superhero genre. Will Juan find his mother again? “Home” is a unique story and an important one to hear right now.

Last year saw writer Gene Luen Yang debut his version of Shang-Chi in a five-part miniseries. This year he has returned, alongside artist Dike Ruan, in Shang-Chi No. 1. In this story, we follow Shang-Chi as he takes over control of his dead father’s criminal organization The Five Weapons Society. However, being a good guy in charge of criminals is something that might be a little difficult to explain to his friends and fellow heroes.

His goal as the head of The Five Weapons Society is to turn it around, distance it from it’s roguish roots. At the same time, he’s attempting to live the normal life of a guy looking for romance — and though he finally is able to take the girl of his dreams on a date, it’s unfortunately interrupted by family concerns. His feisty and serious little sister, Esme, brings their mission to Shang-Chi’s date in the form of a hostage, and in doing so inadvertently invites a familiar face to assist. What starts out as the hunt for a drug ring turns into much, much more for our protagonist.

In teaming up with an old friend, Shang-Chi is put under pressure to keep his ties to the criminal underworld under wraps. What do you do when your family name has ties to the sorts of people you and all your friends are fighting against?