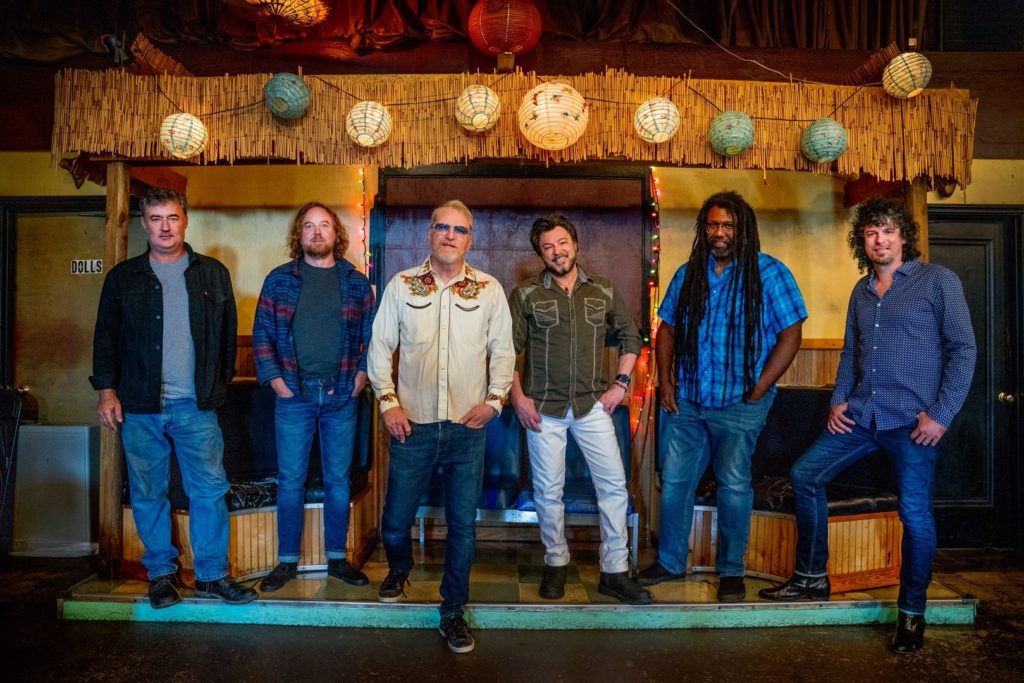 Cracker’s last album was in 2014, which seems like a long time ago, but the album, Berkeley to Bakersfield, seems to still speak about the divisions in the country though the band wasn’t trying to make any particular statement about politics with the album. Nevertheless, the band hasn’t stopped touring except for the forced pause due to the pandemic. Now Cracker is rescheduling some of last year’s canceled shows and has added a Louisville date to the roster. Before the band’s stop at Zanzabar, singer and guitarist David Lowery talked with LEO weekly about tiki torches, streaming services and teaching the business of music.

LEO Weekly: So, I was listening to “Torches and Pitchforks” from the album Berkeley To Bakersfield. The implications of torches are a bit different now.
David Lowery: Well, they’re not tiki torches, right? This record was really kind of an examination of my… I don’t live in California… but a kind of examination of my home state of California. Like sort of the coastal, more liberal rock areas and the inland, more conservative, uh, country areas… These are the kind of the two things that make up the band Cracker. Like, on the one hand, we’re sort of very alternative rock and punk rock. And, on the other hand, we’ve always sort of played with country and country rock in our sound. It started as kind of a stylistic thing, but it doesn’t necessarily avoid the sort of political overtones. You know, in some ways you could say the Berkeley disc is sort of a more coastal liberal, you know… sort of about that part of California, and the Bakersfield disc is this kind of more conservative… it’s not really that political in a way. I’m not actually really even trying to say anything with the two. Yes, I mean, it was kind of like examining that sort of red state/blue state divide in California, right? That’s kind of what we’re doing with that disk.

I think it’s interesting that so many people like bands that cross over into country a bit. Like, I wouldn’t listen to Florida Georgia Line but I would listen to a Cracker album.
That’s like, you know, some people say that’s the line between Americana and country, and so we’ve always sort of dabbled and sort of been considered an alternative band and an Americana band. There’s not that many that do both.

Well, there’s Wilco and My Morning Jacket that sort of plays that line a bit.
Yeah, I like My Morning Jacket actually. Actually, I saw them at the Fox Theatre a number of years ago in Atlanta. It was a really great show. I don’t know why they just sort of were not on my radar until I went to that show.

I read that you are a professor at the University of Georgia.
Technically, I’m senior lecturer, the university cares about those titles. The bad news is that you don’t have tenure. The good news is I don’t have to do research and write papers and publish long, thankless articles in academic journals. I teach in the business college. I have a background in mathematics, and my mathematics actually weirdly kind of overlaps with like a bunch of, sort of interesting things about finance, I guess. They have a music business program in the business college. So, I teach a class about music publishing, like the administration of the copyrights and the compositions. It’s kind of like a Freakonomics of the music business. It’s kind of a popular elective. It’s like 180 students or something like that. I enjoy it. It’s fun. I almost always have like three or four bands within my classes every year. I kind of ask them what they’re doing, where they’re playing or what they find out. I don’t know. It’s cool.

So you famously fought with streaming services like Napster for better artist pay and filed a class-action lawsuit. Do you think they are doing better?
Well, Napster kind of really made an effort to be sort of artist friendly. In fact, we are establishing an artist advisory board with them. Spotify, along with the other major streaming services, actually appealed the latest songwriter royalty rates, six weeks into the pandemic when artists had lost most of their income from touring. I find that appalling, and I don’t know how anybody sleeps at night. You know, it was all of them. It was YouTube. I think Apple was in on it. I don’t think it really changed them, but it did get in the groundwater in the sense that the public perception of the services is that they don’t pay well. It’s the fodder of late night comedian jokes. In a way, I guess that’s the first step. Congress amended the copyright act called the Music Modernization Act that in some ways helped songwriters. But, in another way, it is hands downs, specifically designed to prevent the kind of class action lawsuits that we launched. So, that’s pretty crazy to do something like that.

What advice do you offer your students about their intellectual property as artists?
The main thing that a lot of people don’t realize is that they have two sets of intellectual property. They make a recording, right? And a lot of times that recording is basically a work for hire if the record company gave them an advance. So, it belongs to the record company, and they get some royalties, but usually, the song in abstract… the composition, that’s a separate copyright. And a lot of students just don’t understand that. So the advice I got, like maybe 36 or 37 years ago when I was playing with a band… this guy actually was kind of a mentor for my band. He was an ex-opera singer. His family were cattle ranchers. He was like this cowboy opera singer. One of the things he told me, like right away, was never sell your publishing. I was like, OK, I’ll never sell my publishing, but I didn’t bother asking what publishing was, which is your composition or the song in abstract. So, I give my students the same advice.  •

Cracker plays Zanzabar Friday, July 2, at 8 p.m. Tickets are $20 and available via the Zanzabar website: zanzabarlouisville.com.